Corrado Lopresto is one of the most famous collectors in the world. So how does one become a benchmark in this field? A profound knowledge of the past is definitely a good place to start

Home road At the Lopresto home, behind the scenes of Italy’s number one collection

Of all the cars he has purchased over the decades, he has only sold one on. This could be enough to give you an idea of who Corrado Lopresto is, the most well - known Italian collector, ranked 24th in the world according to Forbes, the number one world - wide under 65 and among the top 35 influencers according to the English magazine, Magneto. But in actual fact, there is much more to tell. The passion he demonstrates for the motoring world is palpable, dating back - as in all collectors - to when he was little more than just a boy. “I completed my first restoration when I was just 16, on my brother’s Parilla motorbike, then I began working on my cousin’s Lancia Aurelia B21”. A simple beginning, in the courtyard outside his home, which has led to one of the most significant and distinguished collections in the world. 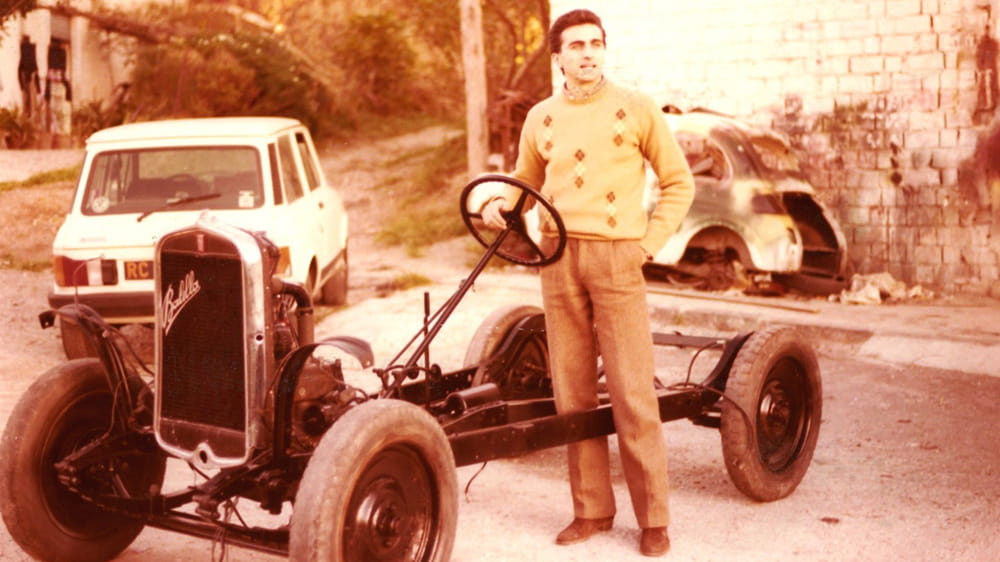 THE LOPRESTO COLLECTION
Italian cars and unique specimens: every car in the Lopresto Collection is part of both these categories simultaneously. Prototypes, the first car produced in a series, style proposals by bodyworkers that were never actually put into production by the manufacturers, the oldest car of a particular make or the first ever of another. So custom-built one-offs, for the most part Alfa Romeo: “In my house, we had the classic Alfa vs Lancia argument. Then one day, while I was talking to my trusted restorer, I heard enthusiastic talk of the 6C 2500 from Arese. So I bought a book about Alfa Romeo and it is while reading through its pages that my passion took shape”. This is the other feature which distinguishes the collector Corrado Lopresto: his culture.

TO RESTORE OR TO PRESERVE?
Serial and compulsive hoarders aside, a genuine collector sets himself or herself the task of keeping the automotive heritage alive, of valuing the work of the men and women who brought about the finest cars, respecting their technical and stylistic decisions, and renovating their splendour. “It is always better to preserve than to restore: what is still in good shape should not be touched. Keeping the original is a form of respect towards tradition and culture” he explains. Whatever the cost. Which is exactly what he did for the car he cares most about, a 1937 Alfa Romeo 1750 Gran Sport. When faced with the choice of colours for the body, he recovered historical pictures which were unfortunately in black and white. So, based on the shades of the other items caught on camera, whose correct colour could be identified, thanks to a software, used to restore period films, he was able to reconstruct the car’s original colour. To put back together the history of that particular car model, he also relied on the services of an investigation agency belonging to his friend Angelo De Giorgi whose task was to write a list of the car’s previous owners. He has won prizes everywhere with this particular Alfa.

RIGHT AT HOME IN VILLA D’ESTE
Indeed, according to Lopresto, it is the collector’s task to exhibit the most beautiful and significant cars at Concours d'Elegance. With the aim of winning, definitely, but also because these events are an opportunity to share beauty with other enthusiasts. As well as to obtain important information. “This was the case this year too at Villa d’Este – he explains – when Fabrizio Giugiaro came up to me, happy to see La Fleche up close again after 30 years, and he exclaimed: “This is the only Alfa Romeo with a heart-shaped grille which Felice Bianchi Anderloni (the owner of the Carrozzeria Touring bodyshop, editor’s note) had talked to me about 30 years ago”. Not even Lopresto knew that the Alfa 1900 La Flèche he was exhibiting had this particular distinguishing feature. The awards that are won are a source of major satisfaction, but so is the recognition for all the hard work done: for instance the FIVA award under the patronage of UNESCO, obtained for the preservative restoration work on the Alfa Romeo SZ Coda Tronca (stub tail), exhibited at Villa d’Este 2016, and requested in Paris where Lopresto explained his technique for this very restoration work. He has been coming to the shores of Lake Como every year for two decades now. So the only question that remains is: what will he bring to the Concorso di Eleganza 2020?

Vendôme 80, line-up of turbocharged cars from the Eighties