Home road A world
of supercars

Power and refinement, technological innovation and craftsmanship: as always, plenty of supercars will be featured at the Geneva Motor Show (March 8-18), bringing the heavy cavalry to the most anxiously awaited event in the automobile industry. A sector that has seen record growth over the past year and still has a large profit margin, thanks to the imaginative designs and attention to detail of the big automobile makers and smaller manufacturers represented in the halls of the Swiss Palaexpo, who confirm their preference for Pirelli tyres. The “Long P” brand has risen to a position of leadership in the top quality and supercar categories thanks to a strategy focusing on the Perfect Fit, that is, tyres custom-tailored specifically to each car, designed and produced using special technologies, processes and materials. 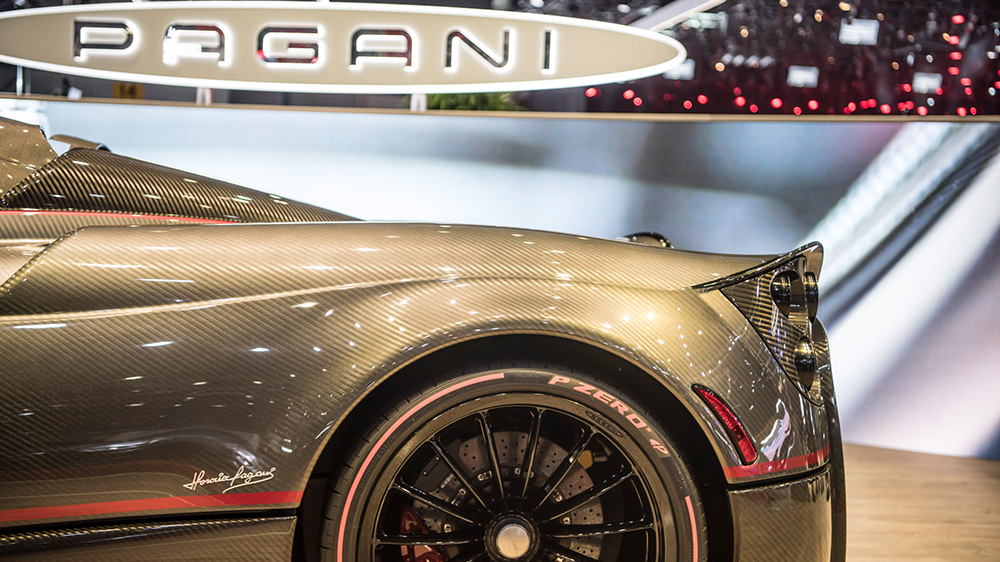 The most striking example is the McLaren Senna, of which only 500 specimens will be made, already sold in advance. A car made to reach the limit on the racetrack, which McLaren itself defines as the “ultimate road legal track car”, it has everything a hypercar needs: a V8 4.0 twin-turbo 800 HP engine, a weight of only 1,198 kilograms, an acceleration of 0 to 100 in 2.8 seconds, the ability to come to a stop from a speed of 200 km/h in 100 metres. And then there’s the carbon rear fin, doors weighing in at under 10 kg, special screws and bolts: all to obtain a perfectly aerodynamic shape, with the control of the road guaranteed by Pirelli P Zero TrofeoRace tyres, designed to offer the utmost performance on powerful cars either on the racetrack or on the road.

Aggressiveness and design come together in the new Aston Martin Vantage. The cabin is simple, in line with the British automobile-maker’s tradition, with a dashboard monitor for control of the multimedia system and sporty seats recalling the colour of the paint on the exterior. The 4.0 twin-turbo engine is positioned as low down and far back as possible to keep the centre of gravity low and distribute weight better.

Lamborghini’s latest creation, the Urus, demonstrates that the supercar segment continues to evolve. “I wanted to respond to a number of different sports applications: speed on the racetrack, fun on gravel, ice or sand dunes,” says Lamborghini president Stefano Domenicali of the super-Suv that will make its public debut in Geneva. This is a big little revolution for Lamborghini, with its angular lines and high performance (V8 twin-turbo 4.0 litre 650 HP and 850 Nm, 0 to 100 km/h in only 3.7 seconds).

But you don’t always need to change everything to innovate, as demonstrated by the Gran Cabrio Maserati will be presenting in Geneva, a style that takes Pininfarina’s design from ten years ago and makes it more aerodynamic. The engine, made in Maranello, can reach 100 kilometres an hour in 4.9 seconds. Unsuspended masses are reduced by Pirelli P Zero tyres, which also offer the benefit of optimising braking distances on dry and wet surfaces alike.

In addition to the big brands, the motor show will feature tailor-made cars offering plenty of room for customisation for a highly demanding and progressively growing clientele. The Geneva pavilions will show off Giorgetto and Fabrizio Giugiaro’s GFG, with a prototype inspired by the 80s by the famous Italian designer. Other Italian cars include Italdesign’s Zerouno Roadster, while Zagato will unveil its IsoRivolta Vision Gran Turismo, of which only five numbered specimens have been made. Finally, Pagani will present two exclusive supercars: a Huayra Roadster with particular specifications for the United States, and a Zonda HP Barchetta. “We will maintain a limited productive capacity will continuing to grow in our focus on the customer, with special services for our faithful clientele”. These words of Horacio Pagani, number one at the Modena-based company, hold the secret to a market that has managed to combine trendiness with profitability.