Milano-Sanremo:
a matter of style

With his Porsche 356 fitted with Pirelli Collezione tyres, Paolo Zegna is one of the leading participants in the Coppa Milano-Sanremo. «Cars and fashion, the secret is to unite tradition and innovation»

Milano-Sanremo:
a matter of style

There’s elegance and there’s adrenaline, there’s the roar of engines and classical style. This is why Paolo Zegna has decided to personally take part in the Coppa Milano-Sanremo 2018, which from 22 to 24 March has  seen more than 70 illustrious and historic cars built between 1906 and 1976 pass down some of the Italian peninsula's most evocative and tightly-winding roads. A route of over 600 kilometres, including seventy time trials. The president of Gruppo Zegna has been at the wheel of his 1957 Porsche 356 Speedster for this tenth commemoration of Italy’s oldest reliability trial (the first was in 1906), with Pirelli as main partner.

Paolo Zegna’s passion for cars is part of his family heritage: «We Zegnas have a great tradition as Lancia enthusiasts. Style and quality have for years been the cornerstone of the Lancia-Zegna connection, with interiors in “Ermenegildo Zegna cloth” that still today are a must-have for historic car lovers». And from the cloths created for Lancia to the textiles in today’s Maseratis, the connection between the Biella firm and the automotive world has never been broken. Even beyond this entrepreneurial tradition, however, through the years Paolo Zegna has fostered a close personal relationship with cars, «a relationship forged through the smell of petrol, the throb of powerful engines, races and the legend of champions like Sandro Munari.  My cousin Gildo and I grew up with Lancia in our veins, and I can’t deny the fact that when I was learning to drive I dreamt of a career in motor racing, in the types of races that our parents always, justifiably, warned us to avoid». 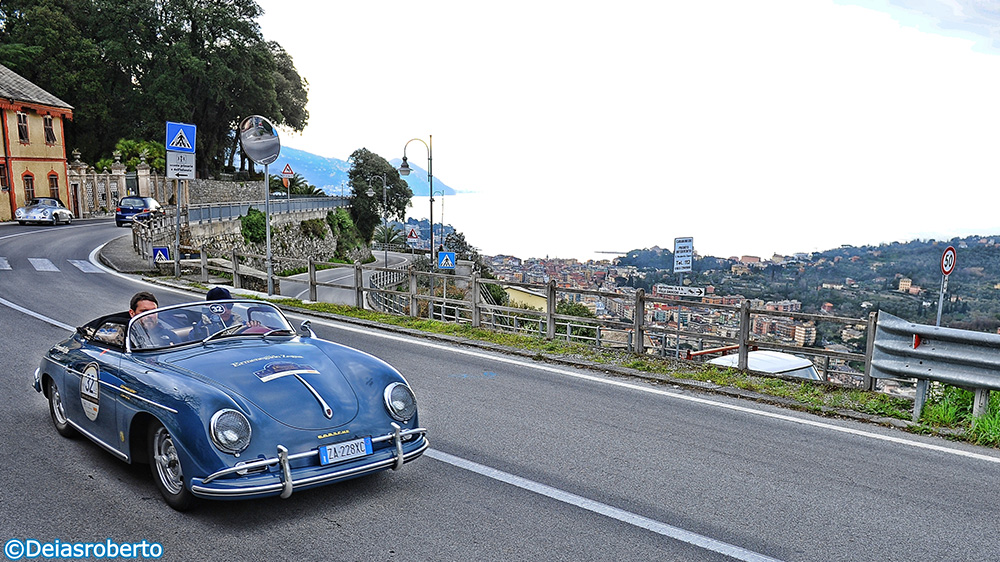 But over the years the Gruppo Zegna president has discovered the pleasure of reliability trials. «It’s another way of racing that’s more suited to my age group», he says with a smile, «because reliability trials also give enthusiasts the chance to appreciate the landscape and to come into direct contact with nature». Although the urge to step on the accelerator and put the gears through their paces is still strong. «Now I can compete at the wheel of my dream car, it’s uniquely rewarding». And when asked what he looks for in a car, for Paolo Zegna there is no hesitation: «it’s a combination of performance and style, innovation fused with classicism». Precisely the philosophy behind the Pirelli Collezione tyre range that will equip his Porsche 356 over the three days of this historic commemorative event, for the first time part of the Trofeo Superclassica Aci.  «This pairing is a concept that lies at the root of Italian automotive excellence», explains Zegna. «Our group, like Pirelli, has been an active player in Italian industrial history and remains so today because we’ve focused on quality, on rising to the challenge, on interpreting tastes and constantly striving for innovation». The art of tailoring 4.0 we might call it. «Because the customer of today demands tangibility, paying attention to the substance and also, at the same time, to the detail. But more than this, the added value that brands like Zegna and Pirelli can deploy is tradition. A sort of business card for Italian-made products around the world».

And as if to pay homage to the world of Italian excellence, this year the Coppa Milano-Sanremo - after lapping the race track and then the centre of Monza - has taken the historic cars to Milan for a veritable fashion show through the Quadrilatero della Moda, passing down Via Montenapoleone, continuing under the shadow of the cathedral and then entering Piazza Castello where they will be officially presented to the public. «In this way Milan is winning back its central role also in the automotive world», comments Paolo Zegna. «Milan is the mainstay of Italy’s manufacturing excellence and of its entrepreneurial system, and hosting the country’s oldest reliability trial is a way of sending out a message. For me that makes it even more alluring to be there».