A computer behind the wheel.
On the race track as well

Home road A computer behind the wheel.
On the race track as well

A computer behind the wheel.
On the race track as well

“A driver is like a horse jockey because he must wisely administer the possibilities of the engine”, Enzo Ferrari once said. “Engines do not reason, drivers do”, quipped Niki Lauda. Today, however, automakers are questioning these axioms. What if a car could play both roles, that of the engine and that of the jockey, at the same time? This is precisely what self-driving vehicles are doing, becoming more and more real and gaining consideration in racing as well. The engineers of tomorrow must factor this in when building their skill set. 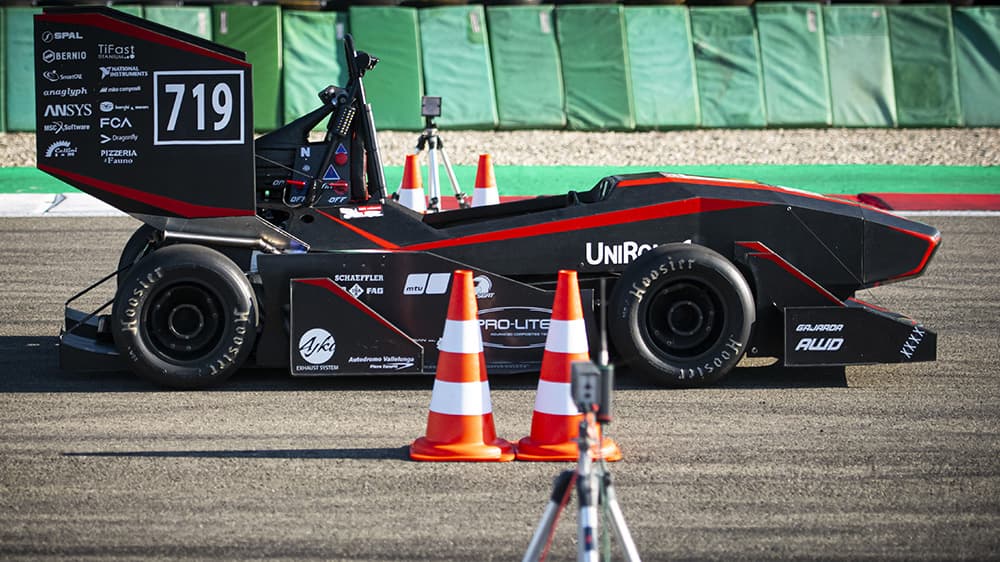 One example is the Formula SAE Championship in which teams of university students from all over the world challenge one another in a series of trials on the Formula car prototypes they designed, built and tested. The latest edition of Formula SAE Italy, held on the Varano de’ Melegari circuit last July, consisted of three different categories, one for internal combustion engines and one for electric propulsion, in addition to the Driverless Formula for autonomous vehicles. The latter category was won by the team of Università La Sapienza, Rome, with the “Gajarda”, originally created in 2017 and made self-driving for this year’s edition. The team focused on simple yet effective solutions to implement a working driverless system on the car that was the result of highly innovative engineering choices itself (for instance, it was the only one in the entire championship to have an internal combustion engine and all-wheel drive).

FROM MINI PCS TO SELF-DRIVING CARS

La Sapienza Corse succeeded in converting the car to driverless in a just few months by approaching the autonomous driving challenge in a manner very similar to that adopted by many major automakers. For the hardware part, their vehicle was based on a fanless mini PC with Intel i7 processor used to process the images captured by the stereo cameras and on a programmable card used to control all the inputs from the sensors and the outputs to the control systems. On the coding front, the first image processing part was based on a C++ language algorithm written by the team and the second part was a control code written with the LabView software used to control programmable cards of this type. The system was not very sophisticated but allowed La Sapienza Corse to be the only team to complete all the dynamic tests in the driverless category and to demonstrate that self-driving is a very real possibility both for racing and daily motoring alike.

IN RACES AND ON ROADS

Software that makes decisions for us simultaneously with the inputs received from radars, cameras and sensors could soon become the norm even for cars on regular roads, with many benefits for occupants, spelling safer journeys by eliminating human error from the possible causes of accidents. Self-driving cars are also approaching the world of racing, as in the case of the Driverless Formula within the Formula SAE Championship, and motorsports could become the proving grounds for what could be happening on the road in a few years’ time. After all, the innovations of competitions, such as Formula 1, have always been carried over from races into everyday life. Having driverless championships could boost innovation in self-driving vehicles even further.