The glamorous Pirelli name isn’t just attached to tyres and cars, but also to several high-profile sporting events and teams. Read on to find out more

Home race The power
behind the name

Land and sea
Since 1872, the Pirelli name has been inextricably associated with tyres – and of course this will continue for many more years into the future. But as well as forming a key part of the automotive world, Pirelli’s famous logo is seen in association with many other sporting events, through a series of high-profile sponsorships that tell a story beyond tyres.
Often, this doesn’t even involve solid land. One of the latest agreements is with Emirates Team New Zealand in the 2017 America’s Cup: the most prestigious yacht race in the world. Based in Bermuda this year, the America’s Cup is the oldest trophy in international sport, pre-dating the modern Olympic Games by 45 years.
New Zealand has won the America’s Cup four times; underlining the fact that every sponsorship agreement that Pirelli takes part in is a symbol of success and control over the elements. That’s why the Pirelli logo is on the rudder, guiding the ultra-sophisticated yacht securely to its destination.
Another key example is Pirelli’s sponsorship in winter sports, with the Italian tyre firm backing not only the Alpine World Ski Championships all the way to 2021, but also the individual teams from Italy and Switzerland, as well as the Ice Hockey World Championships.
Both these high-profile engagements serve to highlight Pirelli’s range of ultra high performance winter tyres: putting the driver in charge, however hazardous the conditions.
And one of the longest sponsorship associations in football is the one between Pirelli and Inter Milan, which has been in place since 1995 and last year was renewed for another five seasons. 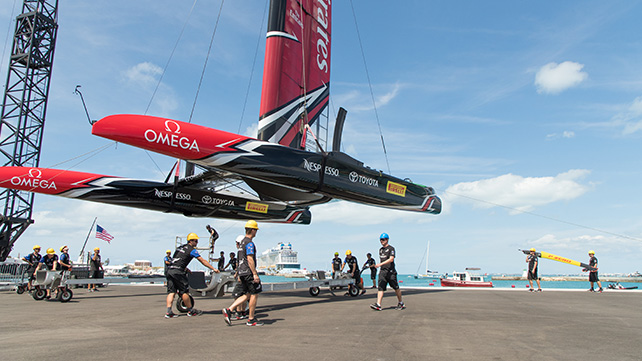 On your bike
Pirelli’s newest adventure is cycling: a sport where Italian riders have historically been at the forefront of competition, thanks to legends such as Fausto Coppi (who chose Pirelli tyres for his Bianchi bike) and Gino Bartali.
Not only is Pirelli producing a high-tech range of PZero Velo bicycle tyres, catering for the sport’s growing popularity, but it’s also sponsoring the Giro d’Italia: Italy’s epic cycle race that takes place all over the country, ending in Milan on May 28. This exciting new sponsorship project highlights Pirelli’s new product range for bikes, and also associates the company with yet another sport focusing on high levels of technology, style and skill.
Pirelli’s famous logo will now be seen all over the Giro d’Italia – a stunning tour of the country – as the Italian tyre firm as it ramps up its involvement with cycling. This latest prominent sponsorship agreement echoes Pirelli’s support of the very first Giro d’Italia, held in 1909. Not only was Pirelli a partner back then, but 30 of the 49 finalists were on Pirelli tyres.
Pirelli’s reputation on two (motorised) wheels has already been well established through exclusive supply agreements with motocross and the World Superbike Championship – using motorbikes closely based on production models – which has been ongoing since 2004. A lot of this technology has gone into the new PZero Velo product.

Sponsor and partner
As well as supplying the tyres for Formula 1®, Pirelli is also a sponsor of the pinnacle of world motorsport. Three of this season’s grands prix – in Spain, Hungary and Belgium – feature Pirelli as title sponsor, giving the Italian firm a unique role in the sport as both a technical partner and sponsor. This means that Pirelli logos are not only present on the drivers and cars, but also on advertising around the track, seen by millions worldwide. At the Spanish Grand Prix, the winner was presented with a trophy modelled on the iconic cooling tower that forms the historic centrepiece of the company’s global headquarters in Milan.
But Pirelli is never scared of brand new and innovative sponsorship directions either, with a goal of reaching as many people as possible in key territories. As a result, Pirelli is also a sponsor of the iconic LA Dodgers baseball squad, one of the most popular teams in the United States, based not too far from Pirelli’s P Zero World boutique in Santa Monica.
So now Pirelli’s extensive sponsorship portfolio takes in both earth and water, as well as snow and asphalt. And it’s expanding all the time, with a series of associations in the prestige sector all over the world. Where there is technology, action and excitement, there’s Pirelli. More than just a tyre company, Pirelli is now a true lifestyle brand. And thanks to these latest commitments to the rarefied world of top-level cycling and yachting, that message is clearer than ever. Pirelli tyres are everywhere – including some of the places you might not necessarily expect.