Porsche restoration is big business, with a plethora of specialists all over the world having a single mission to put Stuttgart’s finest back on the road. But this is actually something that official Porsche Centres do as well, and Pirelli is also closely involved in helping older Porsches return to a condition even better than that in which they left the factory, by supplying modern N-Rated tyres specifically created for older Porsche models and approved by Porsche.

Pirelli is additionally sponsoring a competition held regularly across the Porsche UK dealer network to restore a classic Porsche. Each year has a theme, and this year the theme is ’40 years at the front’: in other words, front-engined Porsches.

While that eliminates the classic 911, it opens up a whole host of interesting alternatives. And the previous winner of the competition, Porsche Leicester, has gone for one of the most iconic front- engined Porsches of them all: the 968 Club Sport. 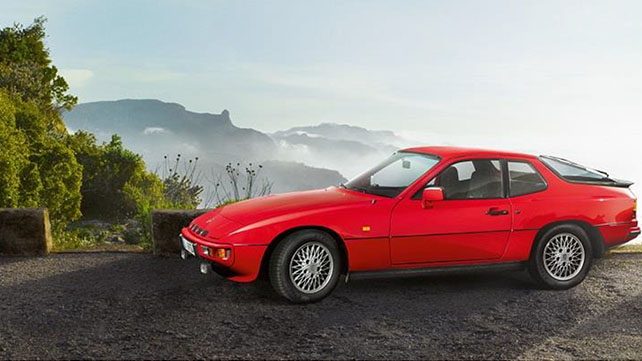 For many years, the 968 lived meekly in the shadow of its famous big brother: the 911. But go to the Nurburgring – without a doubt, the most epic race track in the world – and you are almost tripping over 968s, as they are the chosen track day car for those in the know.
That may well be why not so many are left. Porsche Leicester eventually tracked one down in Scotland, and parted with about £14,000 for it. The car was driveable but scruffy; yet it was only once it was stripped down that the true horror story emerged. Registered in 1993, this was one of the later cars, but it had still lived a bit – as kilograms of filler and 87,000 miles could testify. Still, it could be worse: fundamentally, the car was solid.

In charge of bringing the 968 back to life were the same three people who had won the competition before: Mick Tennyson, Callum Harrison and James Whitby. And because the triumvirate was reigning restoration champion, the pressure was on. As was the case last time, this restoration was in fact a joint project between Porsche Leicester and Chartwell in Derby: a Porsche Recommended Body Repairer, with access to the latest techniques capable of restoring the 968 to a point where it might just set price records when it finally comes to be sold.
The curved rear windscreen – one of the most distinctive, yet complex and expensive parts of the car – was repaired rather than replaced to maintain originality, whilst the uncompromising attention to detail meant that every hose and bolt was changed.

The bodywork bore a number of scars when the car arrived: thanks also to some would-be thieves who had once tried to break in. Yet the paint finish now is unquestionably better than it would have been when the car left the factory 23 years ago. The most complex part still lies ahead: the rebuilding and refitting of the engine. With original workshop manuals being hard to track down (and frequently only in German) the most effective method was to photograph and video the engine as it came apart, providing a crucial guide of how to put it together again once reconditioned. This also meant that there was a stunning record of ‘before’ and ‘after’ shots, detailing the extent of the transformation. Of course, all this comes at a price.

The original budget for the restoration will have been exceeded by about three times by the time it is finished, but the real value comes from the three intrepid restorers selflessly giving up their own time – often working early mornings, weekends, and late into the night – in order to further exceed the high standards they had already set with their last winning restoration: a 911 Targa. The moment of truth will come at the Silverstone Classic festival from July 29-31, when all 18 entries will be judged by a discerning panel and the winning car announced. . There’s still some work to do before the job is complete, but at least four of the major components are already in place on the revitalised Porsche Leicester 968 Club Sport: the Pirelli P Zero Trofeo N-Rated tyres that will carry it for many more miles into the future.

Following in the footsteps of Gilles

The prince
of circuits