If there was anything missing in Adelaide it was trendiness. There was enthusiasm and fun surrounding the street circuit: the Grand Prix evenings and nights – Saturday in particular – were a huge open-air party for the community as a whole. Thousands of people crowded the pubs and colonial-style iron and wood porches well into the night. The nights were ruled by thousands of brazenly intoxicated locals and this was not the image that the top minds of Formula 1® wanted to convey.
That the time to move out of the Southern Australia circuit had come was clear already by the end of 1994. The Melbourne skyline was looming on the horizon. The capital of the state of Victoria was the real business hub of Australia and arguably the country's richest city. It was definitely the city closest to faraway Europe and America in terms of contents and sensitivity. In a nutshell: after having assessed the return in terms of economy and image of eleven years of F1® in Adelaide, Melbourne added all things up and paid the requite amounts to Ecclestone's managers, offering the long-term commitment that in those days was a must for Bernie and – above all – the aura of internationality, success and widespread glamour that Melbourne conveyed at a glance. 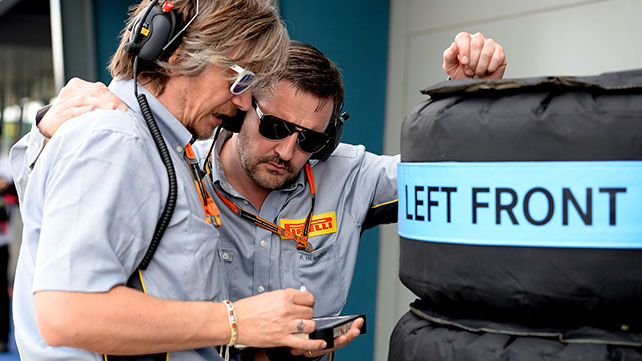 Twenty years ago the first Grand Prix
The great début was in March 1996 on the street circuit which was a far cry from the characteristic ninety degree right-left-right of Adelaide and also from circuits like Detroit in America. Melbourne was more similar to Montreal: a circuit usually open to city traffic but with a variety of bends and even a few fast stretches immersed in the green Albert Park, half way between the beating heart of the city and one of the most beautiful Pacific ocean coasts.
At this point it was all about the race, speed, thrills and excitement. And the Melbourne circuit had plenty of all. At the début only one thing was clear: Team Williams would win. The British team was coming from a difficult two-year period that followed the last driver's championship title won by Alain Prost in 1993 one year after Nigel Mansell on the same car. Then came the two years of Briatore-Schumacher's Benetton and Williams could do no better than the manufacturer's championship in 1994. But 1996 was opening to the sound of a different music. This was mainly because Schumi had left to join Ferrari and Benetton had also lost engineers Ross Brawn and Rory Byrne, who set off to Maranello with him.

Villeneuve's legend at the Albert Park
At the beginning, the first race in Melbourne was looking like the usual performance led by Damon Hill ahead of everyone else. But the son of the great twice champion of the seventies Graham was the first to have some doubts. He had just been joined by team member Jacques Villeneuve who was also following in his father's footsteps. Or rather in the wake of a legend. Gilles, who had died in that shocking spin in his Ferrari during the Saturday qualifiers of the Belgian GP, appeared to have risen from the dead and was filling the Albert Park paddock with his personality and unrepeatable memories. Jacques was adding a touch of his own: the audacious twenty-five year old, who had inevitably grown up in his father's shadow and collected many real wins in America, was an instant favourite with the press. So, on one side of the Williams box there was Damon Hill with his yes-no answers, ironic smiles and typically British understated attitude. On the other side, there was flamboyant Jacques, who could express himself fluently in English, French and Italian. His fatalism could have been easily mistaken for arrogance.
The start was a nearly perfect coup de théâtre. Villeneuve blazed off from the pole position – and this on Saturday had already been an important pointer. The green light saw an adrenaline-and-testosterone-fuelled-handbook-worthy start. He defended his position with a nonchalance that once again reminded everyone that there was Gilles' DNA in that blood. The press room was silent: something amazing was happening. Canadian journalist Christian Tortora and fraternal friend of the lamented Gilles was speechless and step away from suffering a heart attack...
But the miracle did not happen. Jacques had a technical problem: Damon Hill took off and won back the victory destined to be his despite having led for just seven of the 58 laps of the race. That would be his season, the one in which he would be named world champion at last; the first for a world champion's son. However, Jacques would not make things easy for him and would win the championship himself the year after.
But these statistics say little about the Melbourne circuit that in 1996 showcased its real essence as a genuine street circuit from the beginning. It had some slippery spots with normal asphalt fouled with the grease of everyday traffic. It was 5303 metres long with no two bends the same, requiring high downforce but not as much as Monte Carlo. There were some fast stretches too, as demonstrated by the fast lap that in 1996 was in excess of 204 kilometres per hour and was to increase gradually to over 226 in 2004. Now the new generation of 2017 Formula 1 cars looks set to break that record.

The Albert park circuit, also known as the Melbourne Grand Prix circuit, is very popular because of its location: Albert park lake surrounds the circuit, and for this reason the surface of the road is smoother compared to other street circuits. Just one curiosity: it’s not unusual to see black swans crossing the street and causing some problems with the cars.

Turning back to this particular circuit, its length is 3.296 miles and one of the major races which rakes place on this speedway is the Formula One Australian Grand Prix, staged in March by the local Grand Prix Corporation.

Finally, another peculiarity of this circuit is that turn number 9 is usually a car park and, during the everyday car races, traffic is channelled in another escape road!

Formula 1®: here is how the racing drivers train