Nothing in the world of sport symbolizes motion like Formula 1®. More than just a professional discipline, it’s an entire way of life

Multiply 300 by 14 and then again by 65: the answer you get (by a process that is not strictly mathematical, due to the inconsistency of the variables) is the quantity of movement generated by Formula 1® over the course of its history. In the 65 completed seasons since 1950, the year of the first FIA Formula One World Championships, with an average of 14 races each year (around twenty nowadays, but in the 1950s there were less than ten) spread over an ever increasing territory, the quantity of movement produced so far by Grand Prix races is considerable. Then multiply that by the first figure, those 300 kilometres per hour that distinguish F1®, and the end result starts to look sexy. 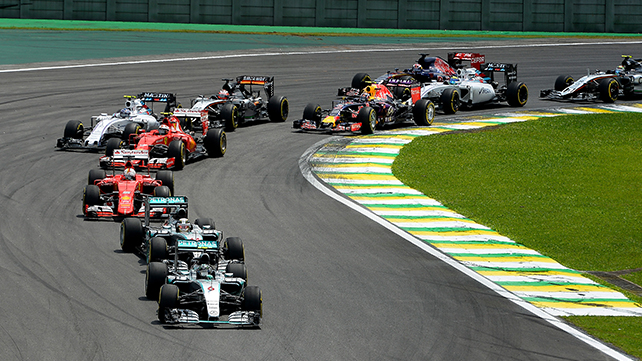 Because movement, in Formula 1®, is not just about the corners of the circuit. It’s also about the world that follows the Grand Prix races, spending 10 months of the year crossing a series of different time zones and gradually inventing the lifestyles that are now inextricably linked to F1®. Historians of the milieu remember when drivers travelled alongside mechanics, sometimes enduring the cold of cargo or military flights, attached to the fuselage by cables. Then came the five-star hotels and (sometimes) motorhomes parked behind the paddock, all depending on the personalities of individual drivers and their families, and the glamour and fashions of the time.

Movement, in Formula 1®, is not just about the corners of the circuit

“If it’s true that the life of a human being is like a film,” the legendary Gilles Villeneuve once said, “then I have had the privilege of being the bit player, the screenwriter, the star and the director of my own way of life”. He was right. He was one of the first to pilot his own personal helicopter, which he treated like a family car, using it for the sometimes daily commute between Monte Carlo, where he lived, and Maranello. And nobody had a problem with that, at least not within the community: he approached other commutes as a crazy road race between two identical Ferraris, the other one driven by his teammate Didier Pironi, whose home and office were in the same places.
Drivers are restless people. Private aircraft were the rule, at least for the top flight, even in the 1970s. Graham Hill, twice world champion in the Seventies, was one of the first to say that all the travelling between circuits would no longer have been possible without the Piper Aztec which granted him total independence. And which delivered him to his death, crashing onto a golf course north of London in 1975 and dealing the same terrible fate to another driver who was on board with him, Tony Brise.
And if the helicopter still symbolises the most rapid, stylish exclusive way of moving, what can we say about Nelson Piquet? He transported his helicopter on the Pilar Rossi: a 64-metre super yacht which the Brazilian champion had made in order to cross the Atlantic at the start of the year, keeping it moored in the Mediterranean during the European Grand Prix season and travelling to each race, naturally, by helicopter.
Races, risk, continuous movement and fun: that might be a suitable summary of the Formula 1® of the Seventies and Eighties. “Life is short and I want to enjoy it as much as I can,” said James Hunt, FIA Formula One World Drivers’ Champion in 1976. “I have divided my time between serious things and fun things. I dedicate myself completely to the former and have serious fun with the latter”. James Hunt was ahead of the pack.

Races, risk, continuous movement and fun: that might be a suitable summary of the Formula 1® of the Seventies and Eighties

But even further ahead was his arch-rival, Niki Lauda, who took movement (including, and perhaps most importantly, off the circuit) and managed to make a second career out of it.

Miles and meals: a lunch with Pirelli and Formula 1®

Formula 1®: moving the world for 65 years

race
MOST READ
Getting the show
on the road