Not only motorcycles and rumbles! Every day on Phillip Island, there is the same recurring spectacle: it is called the 'parade' of the penguins

At what other stop for the FIM Superbike World Championship do the spectators include blue penguins, koalas, kangaroos and wallabies? The answer is obvious enough. We’re speaking, of course, of Australia, specifically Phillip Island, a small island in the state of Victoria, located about 140 kilometres to the south of Melbourne, and this year marks the twenty-sixth time that the SBK Championship will be hosted here. 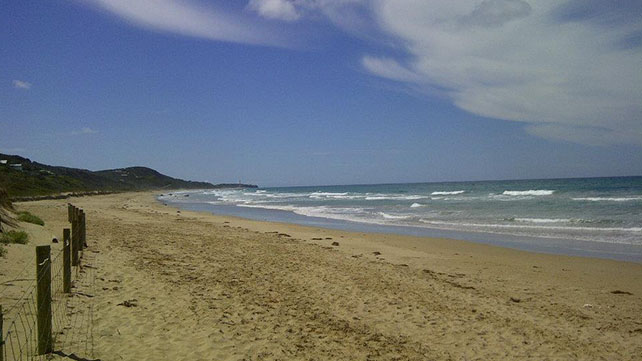 Although tourism has led to a significant increase in human presence on the island, which is connected to the mainland by a 640-metre-long bridge, it maintains its unique charm, which features its own special blend of flora and fauna and white sandy coastlines that are much loved by surfers. By day, the island is bathed in the bright light of the Australian sun; by night, an ocean of stars is reflected in the waters below.

Without the summer tourists and when MotoGP™ and the FIM Superbike World Championship have come and gone, peace and tranquillity reign on Phillip Island. Its most heavily populated town, Cowes, has just four thousand inhabitants, a supermarket, three or four cafés and as many restaurants, and more than half the houses there are vacation homes. Visitors to the island feel catapulted into a landscape right out of an impressionist painting, instantly relaxed by nature and by a silence that we have grown unaccustomed to, a silence broken only by the sounds of the myriad species of birds that live in the trees of this natural paradise.

Every day on Phillip Island, the same recurring spectacle attracts millions of tourists each year. It’s called the “parade” of the penguins, who, just after sunset, return from their fishing by the hundreds and head back to their dens on the beach. These “fairy penguins”, as they are called in Australia, are more commonly known as “little penguins”, and the ones here on Phillip Island are the smallest in the world, ranging in height from just 30 to 40 centimetres. Despite what you might think, these small creatures are not particularly frightened by man. The fact that they are watched every night by so many people doesn’t stop them from trotting up the beach to their homes, hidden in the dunes, where, twice each year, new penguin chicks are hatched and taken care of by their loving parents, who take turns gathering food from the sea until the chicks learn to fend for themselves. But as they hunt in small groups, they need to be careful not to be too much of a bother to the hundreds of seals enjoying the sun on the rocks!

But the parade of the penguins is just one of the attractions of Phillip Island Nature Park, a protected area encompassing total surface area of 2750 hectares. The many animals that make Phillip Island their home include seagulls, pelicans, and other marine birds, but what attracts tourists the most are the wallabies, kangaroos, opossum and koalas. The koala is, without doubt, the most famous symbol of Australia around the world, and visitors to the island can come to the Koala Conservation Centre to see these lovely creatures up close. This chubby little marsupial feeds solely on certain species of eucalyptus and spends most of the day clinging to tree branches, often falling asleep way up there and sometimes even crashing to the ground in a heap. In fact, koalas can sleep for up to 20 hours a day, and even when they are awake, they move very slowly, but you aren’t likely to find them on the ground because they just love to stay up in the trees, munching their precious eucalyptus leaves all day long.

The beaches on the northern side of the island are the place to be for fun in the sun and especially for surfing. The haven for surfers is Woolamai Beach, a long, wide stretch of golden, wind-blown sands, where the waves are just right for this thrilling sport.

Finally, Churchill Island Heritage Farm is the perfect place to go to learn a bit more about Australia’s history and culture and to discover how inhabitants of the region once lived long ago.