On occasion of the event that celebrates all aspects of the world of sport, the athletes of FISI, the Italian Federation of Winter Sports, were handed the fleet of Audi cars with Pirelli tyres that will be accompanying them throughout the season

Four days dedicated to sports. This was the Festival organised in Trento by the newspaper Gazzetta dello Sport during which champions of all sport disciplines, including motorsports, took to the stage. Athletes of the past and the present from all over the world met the audience in the theatres, venues and auditoriums of Trento to tell them about their challenges. The Festival dello Sport was also the opportunity to present the Italian Winter Sports Team, sponsored by Audi and Pirelli, to the public. 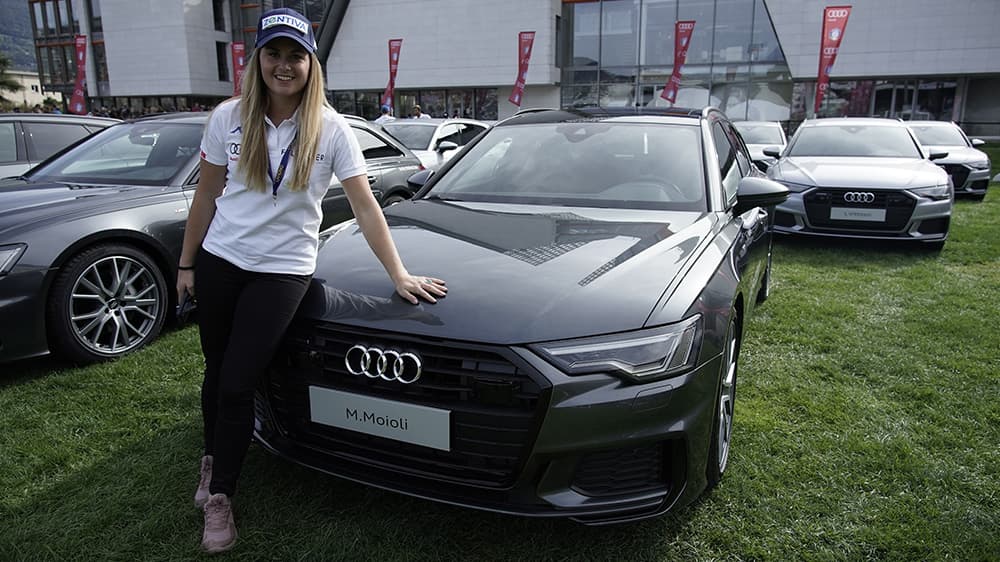 Star of the opening day was swimming champion Federica Pellegrini, who was the emblem of past editions of the Festival, interviewed by Andrea Monti, Director of the Gazzetta dello Sport, on stage next to Giovanni Malagò, President of CONI, and Luca Pancalli, President of the Paralympic Committee.

Pirelli was under the spotlights on the third day, Saturday 12th, together with the entire Italian Team line-up, including Federica Brignone, Sofia Goggia, Peter Fill, Christof Innerhofer, Michela Moioli, Federico Pellegrino, Lisa Vittozzi and Dorothea Wierer. The event was attended by Fabrizio Longo, CEO of Audi Italia, and Flavio Roda, President of FISI. As a whole, this parade of champions won eight medals at the 2018 Olympics in Pyeongchang and nine medals in the World Alpine Ski Championships in Sweden last February, sponsored by Pirelli. Not by chance, nine of these athletes are in the Alpine skiing world ranking top 15, including the Alpine skiing combined and cross-country disciplines.

At the Åre World Cup with the snow tiger