Pirelli and the Los Angeles Dodgers: From the Race Track to the Baseball Diamond 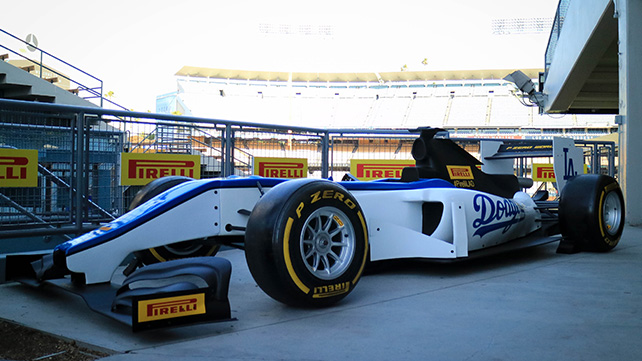 Baseball has long been given the honor of being labelled as the “national pastime”. Though stick-and- ball sports are not unique to the United States, baseball, as we know it, is a thoroughly American obsession that reaches past the category of sport, becoming a building block of the cultural heritage of the country. The concept itself is pretty simple. In a typical game, two teams of nine players meet on a diamond shaped infield to take turns batting and fielding with the goal achieving the most “runs” within nine innings.  More impressive are the legends of the sport, the rivalries, and a day at the ball field – which together make up the whole experience of baseball.

In the middle of the 19th century, the baseball began to organize around common rules and rose to popularity – especially in the greater New York City area.  Long played informally, the sport began to take on a structure of teams, which in-turn started to organize championships and even charge spectators admission to games. While remaining a largely community based interest, baseball grew in popularity, with its reach spreading throughout the country with many different clubs and leagues playing “New York style” ball. Fast forward through the decades, and baseball has become not only a large scale business centered around the Major Leagues, but also a favored sport for children starting in elementary school teams and following through to the college years. Summer is defined by afternoons spent at the local ball park – major league or otherwise, where hot dogs and cold drinks refresh the crowds taking in the game.  The competition is the main event, but the magic is in the cocktail of experience – the sights, sounds and the excitement of the crowd.

Sport is a communication medium that we know well.

Pirelli, a brand fuelled in part by the passion for motorsports, is no stranger to the passion for sport which unites spectators in a shared experience.  Formula 1, on a global scale, draws on the same elements to unite its massive fan base, as an example.  So, in its quest to conquer the US market, it is not surprising that Pirelli has aimed to reach to the heart of the American consumers through baseball.

In looking for the perfect partner in the Major Leagues, it was no surprise that the Los Angeles Dodgers was the stand-out choice for Pirelli. The franchise, one of the oldest and most beloved in the nation, is founded on the same drive for excellence that the brand considers to be its own hallmark. The history of the Dodgers is filled with bold names such as Jackie Robinson and laundry list of ardent celebrity followers, not to mention the scores of die-hard fans in Southern California. Much like the community-based beginnings of the sport, baseball still unites regional fans around excitement for “their team”. For some franchises this is in a more passive way, but for the Dodgers, the love is real – and strong. Being a Dodgers fan is as much a part of being an Angeleno as a love for palm trees, sunshine and cool cars.

The region, an important one for the company, is the new home to Pirelli since the opening of P Zero World – the first Pirelli managed retail experience in the United States.  As Pirelli’s new “second home” in the country, what better way to reach the heart of Southern California than through the Dodgers? Like any new kid in the neighbourhood, Pirelli has settled in to rally at the ballfields, uniting with like-minded local fans for a day of cheering on “our” team. See you at the game!