The most fearsome competitions in history: special circuits, in the desert, in the city. You can race anywhere! It is useful for gaining experience to convey to so-called "normal" cars

Home race The most extreme competitions

Man's passion for engines is a feeling that has existed since the combustion engine, and consequently vehicles, went from being an elite item reserved for just a handful of privileged owners to a means of transport that has gradually been accessible to increasingly large portions of the general population, and even competing with what at the time was the most popular sport, i.e. cycling. 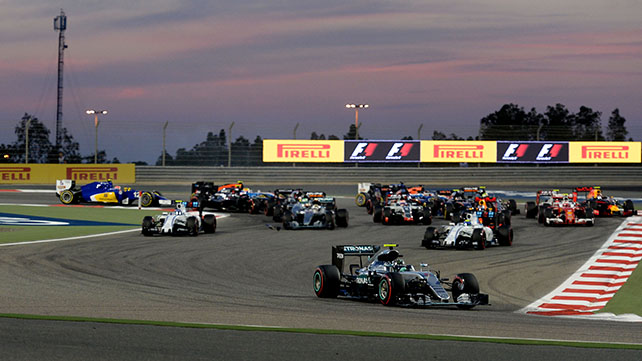 The early decades of last century were marked by a natural sequence of technical innovations tied in particular to human means of transport: think of the first aircrafts, blimps, trains and, obviously, cars. In Europe, the first car race was the Paris-Bordeaux-Paris, held in 1895. In the United States, races had already been held a decade earlier, in what was later known as The Great Race of 1878.

During this phase, the idea that man could almost indefinitely break any motion speed barrier first drove certain daring pioneers, followed by increasingly large groups of enthusiasts to organise non-stop long-haul flights and competitions that truly put men and means to the test. Challenging man to his limit joined forces with the passion for engines and speed in the motoring world, genuine symbols of the new world that opened at the dawn of the 20th Century.

Some of these competitions took on an almost legendary aura, also owing to the fact that they were held in truly extreme conditions: just think of the Peking to Paris automobile race held in 1907 along a route of a generous 16,000 kilometres which five cars took part in, and which had incredible media coverage for the time and saw Italy prevail, with drivers: Scipione Borghese, Ettore Guizzardi and Luigi Barbini (special envoy for the Corriere della Sera). This race was probably the one that established the car as the means of transport for the long haul as well, on a par with trains and great transatlantic liners.

From the early decades of the Century, Italy was ranked among the leading nations at the cutting edge of the automotive industry, thanks to car manufacturers such as Fiat, Alfa Romeo, Bugatti, Maserati and Isotta Fraschini, while the great adversary of Italian car makers was Mercedes.
The most legendary driver in the "pioneering era" of automotive history was without a doubt Tazio Nuvolari, nicknamed the “flying Mantuan” and considered by many to be the greatest driver of all time. His successes on circuits across Europe thanks to his ability to lead the vehicle with an extreme driving technique made him the symbol of the roaring engine years before World War II.

Sporting car competitions are split into two major categories: on the one hand, there are the speed races on circuits, and on the other rallies, which take place in stages on dirt roads or in the desert. In particular, rallies comprise transfer stages, which are driven on public roads and which are not timed, along with point-to-point stages, which are timed, each one taking the name "special stage". Cars on the other hand are split into three main categories: single-seater open-wheel cars, prototypes which race in long-distance races and touring, production-derived cars.

Some races take part over a maximum of two hours, while other last longer - think of the 500 Mile race in Indianapolis or the Le Man 24 Hours. The latter was one of the most famous examples of the World Sportscar Championship, which took place between 1953 and 1992 and saw drivers the likes of Fangio and Ascari race on roads open to everyday traffic and crowded with spectators and fans for the occasion. As mentioned, one of the most prestigious races was the Le Mans 24 Hours, marked by a long route with a truly original starting point, where drivers had to run across the track to reach their respective cars, parked on the other side of the road. Unfortunately, it was also the stage for the most serious accident in the history of motoring in 1955, with the death of one driver and a whopping 83 spectators. Two other prestigious races were the Mille Miglia, which took place between 1927 and 1957 on the route Brescia-Rome-Brescia, and the Targa Florio, raced between 1906 and 1977 on Sicilian roads.

Starting in the 1930s, these races began to take on a social value as well, since the technological innovations that distinguished the "prototypes" were also useful for the mass production of cars, and therefore also had an after-effect for the population in their everyday life.

The leitmotif between the various phases in the technical and technological evolution tied to motoring is obviously the Formula One World Championship: taking place on track since 1950 (the first Grand Prix was held in Silverstone, Great Britain), it is reserved for single-seater cars. The competition organised by the FIA has gradually gained in popularity among the public, in actual fact becoming the event that "officially" crowns the best car drivers. Over the more than six decades of its history, the competition has followed the advancement of the automotive industry with the ongoing change of the strictest rules, which helped increase competition between cars, raising safety levelf for drivers and coutering engine developments that were too fast.
On the tracks all over the globe, the main automotive brands are compared on increasingly perfected and honed cars.

It started off in the 1950s with front-wheel cars, in a decade that ended with the displacement limit at 1,500 to limit the numerous fatal accidents that populated the initial Formula One races. The decade was dominated by the figure of Juan Manuel Fangio, who managed to achieve a generous five world titles.
The 1960s saw the establishment of rear-engine models, and progress tied to the chassis began, with the English being the absolute leaders in the field.
The 1970s were the most important decade for the evolution of the single-seater, accompanied by the first safety measures for the drivers, such as the full face helmet and fireproof suits.
The 1980s were the years of the turbo engines: marking the end of the dominion of the Ford Cosworth engine, which lasted over a decade, and were countered by increasingly restrictive regulations. The 1989 season saw the explosion of television rights, along with the successes of French drivers and racing teams.
The 90s saw the mass introduction of electronics (the on-board computer, active suspension and semi-automatic transmission) and were distinguished by the rivalry between McLaren and Williams. After Ayrton Senna died in 1994, the International Federation introduced measures that led to a revolution in regulations to ensure the protection and safety of drivers, so much so that ever since only one driver has lost his life in a race. With the new millennium, technological innovations have followed one another in rapid sequence, with an ensuing rise in running and maintenance costs, so much so that many independent makers have been forced to close, leaving four main names to fight for dominion: McLaren, Williams, Ferrari and Renault.
Between 2000 and 2004, Ferrari and its many-times winner Michael Shumacher claimed a generous five consecutive world titles (the German driver holds an incredible number of records, among other things, such as 7 world titles, 91 victories, 13 of which in a single season, 155 podiums, 68 pole positions and 77 fastest laps).

In an attempt to render the championship more balanced, new rules were introduced to reduce running costs and grant access to the races to more teams.
The last few years have been dominated by three drivers: Fernando Alonso, Lewis Hamilton and Sebastian Vettel, who have proven to be the best drivers of the fastest and most reliable single-seaters, taking turns as leaders of the drivers championship. Please note that Vettel won for four times running between 2011 and 2014, taking the Red Bull team to success, racing with an Austrian licence.
As regards engines, the last few years have seen BMW and Mercedes prevail.

While the Formula One Grand Prix are only raced on circuits on the Old Continent, over time the competition has expanded first to the most important non European countries (United States, Brazil, Japan and Austrialia), and today half the races take place outside Europe (India, Dubai, Singapore, to name but a few). The most important circus show is now global and spans a calendar that now covers almost the entire solar year.

The United States are instead home to Formula Indy (disputed under the name of Indy Racing League), which takes place on both oval tracks and on the road. Another,lesser known automotive championship is the Nascar Sprint Cup Series, the main event taking place in Daytona.

The bike-racing equivalent to Formula One is the Road Racing World Championship, the first edition having been held in 1949, and divided up into various classes over the years according to engine displacement (50, 80, 125, 250, 350, 500 and sidecar, currently eliminated and replaced by the three current categories: MotoGp, Moto2 and Moto3). The reigning class was obviously the 500 (now replaced by the MotoGp, where bikes with displacements of up to 1,000 cubic centimetres with a four-stroke engine compete). The most titled motorcycle maker of all is the Japanese Honda, capable of winning a generous 64 manufacturers' titles (including the MotoGp eight times out of thirteen) and of taking a driver to world title 55 times. As regards drivers, today the Spanish are holding their own (with five titles won over the last six editions).

Obviously, the most legendary two-wheel race of all is the Paris-Dakar, a rally that involves both cars and bikes: created in 1979, the race started off in the French capital, crossed the Sahara desert with a series of special stages and ended up along the Atlantic coast in Senegal. From the 2009 edition (the previous year, the rally had in fact been cancelled), a series of terrorist threats moved the route to South America, where it continues to be held today. The rally puts to the test both the drivers, who are forced to race in the desert and keep to the route with the sole help of their GPS, as well as the vehicles themselves, which in the original itinerary had to withstand extreme temperatures (so the choice of tyres and elements such as engine oils and other oils and lubricants in the cars and motorbikes took on vital importance).

To this day, there are several reasons to dispute races on two and four wheels: the sporting aspect definitely prevails, with ensuing benefits in terms of image for both the drivers and the car manufacturer brands (think of the rather recent introduction to this end of the Lamborghini, previously entirely dedicated to producing supercars). Yet the races are also tackled by the manufacturers to test the technical innovations that will subsequently be applied to standard production cars and motorbikes. Generations of fuel, of tyres and of lubricants of increasingly superior quality have in fact first been used in the engines of race cars and subsequently passed on to the general public.

After a lengthy period in which manufacturers tried to increase engine power, these days car manufacturers tend to work on improving the fuel consumption levels and reliability of their vehicles rather than add more horsepower. Beware however: the solutions we see applied today may become standard on our cars tomorrow!

Engineers and drivers now have to work hard to improve results to achieve ever-better performance levels, working on the limit that gives them the extra edge over adversaries. At the start of every season, each team tries to process the experience consolidated the previous year and to implement the winning innovation that will lead to an initial spring and win at the end of the year.
For this reason, aside from some rare exceptions (Ferrari above all), partnerships tend to be formed between the teams, with one supplying the chassis while another producing the engine, for instance.