In the UK, at this important event for motorsport enthusiasts, Pirelli presented its Motorsport latest projects. And that's how it went:

Autosport International is the premier show in the UK for motorsport enthusiasts and this year was no different. Held at the National Exhibition Centre in Birmingham, Autosport International was a sell-out event and attended by a host of well renowned motorsport stars, especially thanks to an association this year with iconic Formula One team Williams, which has played a key part in the history of grand prix racing. 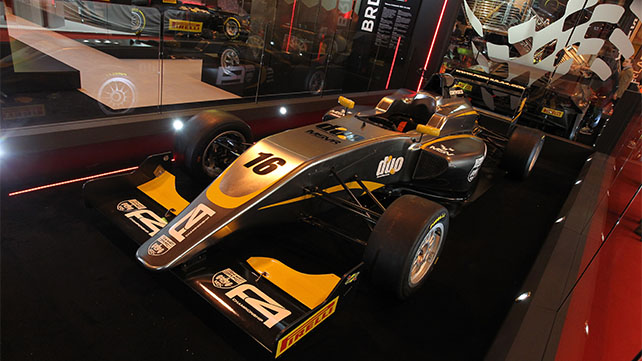 The Autosport International Show traditionally kicks off the motorsport season, with a huge variety of cars and celebrities dropping in throughout the four days of the extravaganza.

Damon Hill OBE opened the show on the weekend that marked the 20th anniversary of his 1996 Formula One World Championship title. At the show he was reunited with his championship-winning car, the Williams-Renault FW18.

Current Williams Formula One star Felipe Massa opened the final day of the show and was the star of the Live Action Arena, driving a historic Williams-Cosworth FW08C.

These motorsport heroes were interviewed on the main stage across the weekend along with British Touring Car drivers Matt Neal and Gordon Shedden, as well as multiple Le Mans winner Allan McNish and former world rally champion Ari Vatanen.

But the event didn’t just attract drivers, FIA president Jean Todt provided the annual Sid Watkins lecture on the importance of safety in motorsport, and Britain’s Secetary of State for Business, Skills and Innovation, the Rt Hon Sajid Javid MP, attended the show and praised the importance of the UK motorsport industry to the economy.

It wasn’t all about the people though at Autosport International. The most important part for many spectators was the array of spectacular cars on display and some of these were on the Pirelli stand, including the new Lamborghini Huracán GT3 from top UK GT team Barwell Motorsport, the Tatuus-Cosworth F4-016 car – providing the first step on the ladder of international motorsport – and Skoda’s latest rally car, the Fabia R5: which will be driven on this year’s British Rally Championship by Pirelli driver Neil Simpson. Visitors even got the chance to feel like an F1® mechanic with the pit-stop challenge on the Pirelli stand.

There was also plenty of sound and fury for real in the live action arena: an opportunity for the cars to be driven as well as displayed. Pirelli’s 2003 world rally champion Petter Solberg thrilled the crowds with a 400-horsepower Citroen Xsara WRC. Ever the showman, the Norwegian even managed to drive the car while lying on the roof at one point, waving to the audience.

Pirelli’s motorsport director Paul Hembery was also on hand to talk about plans for the future and the latest Formula One rules and regulations on the main Autosport stage. With the biggest shake-up to the tyre rules in particular seen for many years, more strategy and more unpredictability is on the cards in Formula One, as all the drivers present at the show attested.

Formula One of course makes up a large part of Pirelli’s global motorsport commitment but it doesn’t stop there. Pirelli supports a number of national championships in four other key disciplines: single-seaters, touring cars, GT cars and rallying.

Check out Pirelli’s ‘Best of British’ video from the show to see for yourself the Pirelli UK motorsport focus for 2016.