New Zealand players reached the ultimate match of the America’s Cup once again: it’s gonna be a thrilling rematch versus Oracle team

Home race Another final for the New Zealand Emirates team 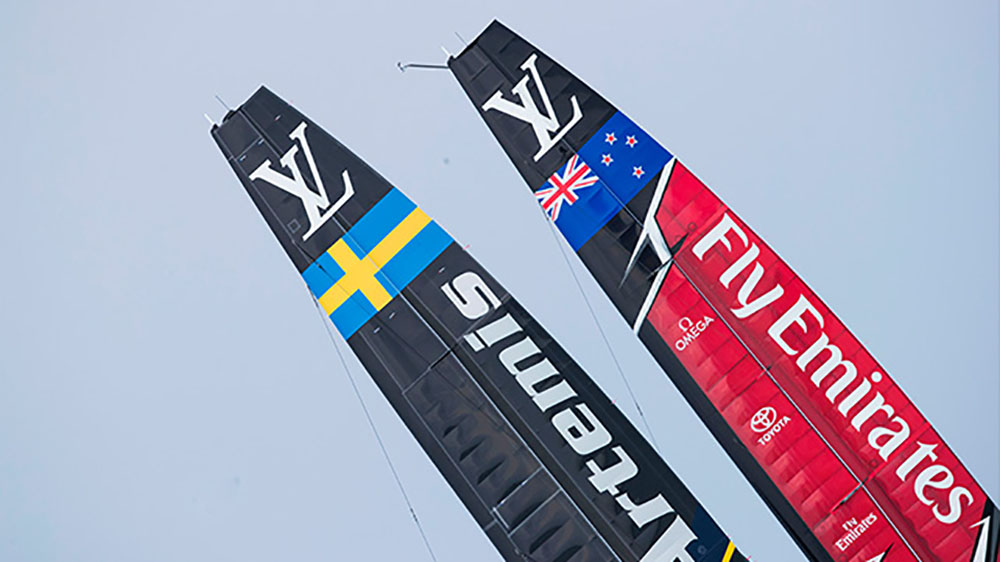 Once again the Kiwis earned the right to challenge defender Oracle Team USA in the actual proper America’s Cup. Back in New Zealand, the All Blacks of the sailing world are regarded just like the national rugby team. As a matter of fact, sailing comes right after rugby in terms of spectators and magnitude, and it boasts several champions. Yachting legend Sir Peter Blake is the greatest, followed by current Team New Zealand CEO Grant Dalton. The team has been supported by shipowner Matteo De Nora - of Italian origins - since 2003, when the America’s Cup moved to Europe following a defeat.

Challenger finals saw Emirates Team New Zealand beat the Swedish Artemis Racing team 5-2. Their victory was relatively easy, demonstrating once again how they can meet a goal thanks to their Kiwi mood, an approach based on determination and a concrete, successful method - not without a certain irony. The Australian skipper, Glen Ashby, is a multihull expert. The New Zealand helmsman, Peter Burling, is a typical Kiwi guy with bare feet and one single goal: staying focused on his boat. At the age of 26, he is the youngest helmsman to have achieved such results. He stood out quite late as a sportsman but he won a gold and a silver medals in the 49er class, which is a very difficult sailing dinghy to carry.

On board, there is a bit of Luna Rossa, too. When the Italian team withdrew, skipper Max Sirena and a few designers joined the New Zealand team introducing one of the key concepts governing their boat - producing energy with four men pedalling as if they were on a bicycle instead of using their arms to operate the “coffee grinders”. And producing more power is not a bad idea. This America’s Cup edition allows for energy storage, which means that the hydraulic system controlling the dinghies and the wing undergoes downtime charging and it produces energy when needed, especially while manoeuvring and governing the dinghies. In order to operate this system, some professional cyclists were selected. The same thing happened on older boats, whose grinders were selected among oarsmen and rugby or American football players.

It wasn’t easy for Emirates Team New Zealand to achieve this result. Their path to the America’s Cup match was full of surprises such as the dramatic capsize of the boat due to high winds, causing serious damages to a wingsail and other parts of the catamaran. However, the boat was repaired by the next day. “Shore team” is one of the strengths of the America's Cup contenders. At the end of each regatta, catamarans undergo a thorough control. In case of serious damages, a prompt intervention is needed to repair them without any slowdowns.

Except for the 2010 edition, the New Zealand team has participated in the America’s Cup match regattas as challenger or defender since 1995, when they defeated the American team led by Sir Peter Blake, and with Sir Russell Coutts at the helm. In 2000, the New Zealand team successfully defended the cup; in 2003, however, they lost it to Alinghi, who brought it to Europe. In 2007, they challenged Alinghi in Valencia, and in 2013 they competed with Oracle Team USA losing the unlucky 8-9 San Francisco match, after initially scoring 8-1.

Challenger finals saw the Artemis Racing crew give the Kiwis a hard time although they were not fast enough to overturn the result, not to mention the brilliant British tactician Ian Percy, who was in radio contact with helmsman Nathan Outridge, but in vain. It is still unclear whether backer Torbjörn Törnqvist wants to repeat this experience. It will all depend on the America's Cup winner.

Headed by Sir Ben Ainslie, the British Land Rover BAR team was defeated during the selection regattas, in spite of a 110-million-pound budget and an expensive - though a little delayed - campaign supported by the royal family along with several Lords and Sirs. They badly lost to Emirates Team New Zealand in the semi-final race, after having been chosen as their opponent, thus appearing the weakest of all challengers. Their dream of bringing the cup back to the Solent area and to the legendary Royal Yacht Squadron based in Cowes - where the regatta first originated in 1851 - could not be achieved. The remaining challengers, Frank Cammas’ Groupama Team France and Dean Barker’s Team Japan SoftBank, performed well as satellite syndicates of Oracle, that gave them both technologies and advice.

Early winds blowing on the Cup

The need for carbon