It seems like yesterday and yet it's been five years. Pirelli looks at its history in Formula 1® Grand Prix, while working on the new season...

It seems like yesterday, and yet it’s been five years and, given the breakneck speeds involved, half a decade in Formula 1® time is like twice that period in “normal” time.
When Pirelli made its return to Grand Prix racing in 2011, it had been nineteen years and a handful of months since the company’s departure and sixty-one years since its debut, in the same year that Formula 1® became a world championship. A lifetime had passed, and racing had gone from black and white to colour, so, for its grand re-entry, Pirelli decided to add a bit more colour. 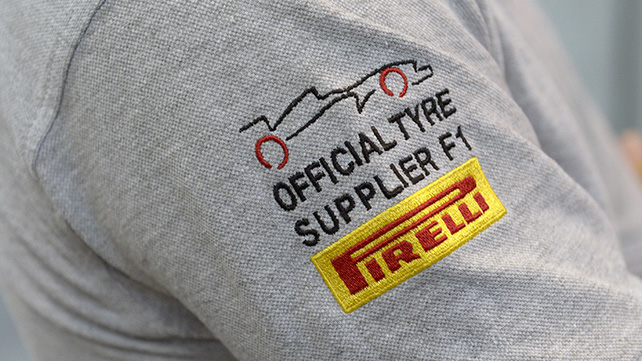 The four compounds for slick tyres, used on dry tracks, and two compounds and two different tread patterns (and groove depths) for the intermediate and full-wet tyres for use even at certain tropical circuits that can at times be virtually under water make for a rainbow of colour, ranging from silver to white to yellow and to red for the slicks, in order from hardest to softest, and then green for the intermediate tyres and blue for full wet tyres, which feature the softest compound of all in order to maximise performance at the colder temperatures that typically accompany the wettest conditions.
It was a revolution. After decades of tyres broken down—depending on the era—by race tyre or qualifier, or more simply by dry or wet, here was a new spectrum of colour that perfectly explained the tyres’ technical specifications and performance without a whole lot of codes and numbers, just a splash of colour that gave the viewing audience a better understanding of one of the technical secrets that is essential to understanding racing, i.e. how a tyre grips the tarmac. Over the last five years (as silver changed to orange and with the introduction of purple for the ultra-soft compound to make its debut this year), this rainbow of colour has come to be emblematic of F1® racing in the eyes of the public.
Pirelli’s latest debut in Grand Prix racing in 2011 was truly a colourful one, with tyres that intentionally performed at their best over shorter distances for more pit stops and a greater variety of strategies making racing much less predictable than it was previously. Not that this radically changed the ultimate outcome. After taking the title for the first time in 2010 following a year-long battle against Alonso and Ferrari, Sebastian Vettel was again world champion in 2011, proving his dominance with eleven wins for the season for him and twelve for his team, Red Bull, with Mark Webber taking top spot on the rostrum at the last race of the year.

Every year a new challenge

A year later, the unpredictability of Formula 1® reaches new heights with an even greater variety of race results, including seven different winners of the first seven races, setting a record for the Circus that will not soon be broken. Maximum performance concentrated in a few short laps, followed by the rapid decay of the tyres—as called for by race authorities—resulted in frenetic racing at nearly every track. But surprises throughout the championship came not only from the tyres. On the track, we saw a bit of everything, such as the pileup at the start of the Belgian GP in which Grosjean literally took flight in his Lotus as the pack approached the slow first curve and Alonso’s Ferrari ended up looking like a bomb had gone off. This was particularly unfortunate for Alonso as this scoreless race ended up being the difference at the end of the season between taking the overall title and letting it slip into the hands, once again, of Vettel.
The most difficult year for Pirelli came in 2013. A new construction, featuring a steel belt, resulted in a sharp increase in temperatures, making reliability a critical issue. Add to this the unconventional (to say the least) uses of the tyres by a number teams, including insufficient tyre pressure (resulting in a greater contact patch and greater grip, but compromising reliability), exaggerated camber angles, and mounting tyres in different positions, and tyre reliability began to play a leading role in racing.
At Silverstone, a track that is one of the harshest tests for tyres due to the high speeds achieved in the curves, warm weather and technical recklessness make matters even worse and prove to be a lethal combination for Pirelli. That year, the British GP would come to be known for the great number of spectacular tyre failures, but Pirelli was quick to react. By the very next race, the belt structure from the prior year was brought back, and closer monitoring of how the tyres were being used brought everything back on course. The season would be marred by a certain amount of debate, but with no more blame being placed on the tyres. It was again Vettel who took the title, capping off a series of four straight world championships, a feat that hadn’t been accomplished since the legendary Fangio did it from 1954 to ’57 (after his first world championship in 1951).
In 2014, Mercedes would return to the top step of the overall rostrum. The “blown” diffusers that had been so helpful to Red Bull until as recently as a year ago had long since been abolished, and Formula 1® saw the debut of a new power unit—a traditional combustion engine combined with an electric motor—which brought racing to whole new levels of technical performance, particularly in terms of acceleration. Mercedes was totally dominant, with only three races going to Red Bull and the rising star of Daniel Ricciardo. In terms of tyres, the season proceeded in absolute tranquillity.

It was Mercedes again in 2015, but this time the team’s top rival would be Ferrari, taking three wins with the help of a revitalised Vettel, who replaced Alonso after he left for McLaren. This year, though, there was a bit more excitement. Two more tyre failures in Belgium, for Rosberg on Friday and Vettel on race day, just three laps from the finish, put the spotlight back on the tyres. Fortunately, extensive studies would show that the incredibly debris-covered Spa Francorchamps track was largely to blame, as tiny, extremely sharp fragments (of carbon fibre from racing incidents, including in the lower race categories) were able to puncture and cut the tyres, already worn down from extensive use and extreme race conditions, resulting in full tyre failure. Following analyses of the various teams, Pirelli also discovered that the aerodynamic loads of the fastest cars were greater than when measured at the start of the season, so for subsequent races it was decided to use slightly higher tyre pressure to protect tyre integrity. All was then well for the rest of the season.
Which brings us to today.