It was still brisk out as morning broke at the Montmelò circuit for the second day of the pre-season F1® test, but as the hours passed the sky turned blue and a warm sun took control of the situation with temperatures peaking at 20°c and 34°c on the track

With this spring air, the new P Zero Purple Ultrasofts were finally able to make their 2016 track debut since their first test laps back in December in Abu Dhabi. 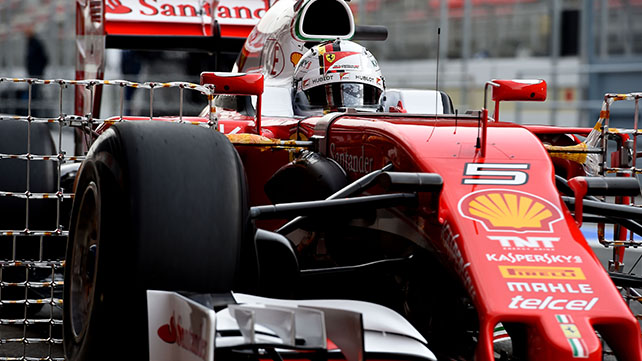 Just before the lunch break, Vettel and Ricciardo ran a set of the ultrasofts on their respective Ferrari and Red Bull cars. A few laps in and already they were setting the best times, with positive feelings shared by both pilots. In the afternoon Vettel returned to the track with the same tyres to explore the limit of the new ultrasofts both in term of performance and duration.

It is still too early to say, but the first few laps on the Ultrasoft at Montmelò have shown a 2 second advantage compared to the best results on the White medium tyres. Considering what we already know from previous experiences on the Catalan circuit and the differences between mediums, softs and supersofts, one can guess the ultrasoft Purple should have a 0.5s advantage over the supersofts. Again it’s still too early to tell.

The Ultrasoft aside, the Spanish pre-championship tests continue smoothly. Tuesday as well saw all 11 teams on the track to prepare for the upcoming season with only 5 new drivers swapping in: Rosberg for Hamilton in the Mercedes; Perez for Celis in the Force India, Verstappen for Sainz Jr. in the Toro Rosso; Alonso for Button in the McLaren; and Gutierrez for Grosjean in the debuting Haas.

By 3 in the afternoon teams had already exceeded 800 laps: significantly more than were seen during the entire session the previous day.

Most of the day was focused on long stints with the White medium tyres, which together with the Orange hards will be the main choices for the upcoming Spanish GP in mid-May, but some drivers have also began testing short stints with faster laps and softer tyres to find peak performances.

The first session of the pre-season F1® testing has reached the halfway mark with still two days before Thursday evening. Then a second 4-day session will take place again at Montmelò, from March 1st to the 4th,afterwards drivers, teams and tyres will head to Australia for the first Grand Prix of the 2016 World Championship season.