This was the topic of a panel discussion in New York, based on The Cal™ 2017, with Peter Lindbergh, Steve McCurry and Jessica Chastain

Home life What is beauty?

What is beauty? And how has it been shown in the most famous calendar in the world over the years? And again: is beauty the truth? These are some of the questions we tried to answer during the panel Pirelli Calendar Presents: Peter Lindbergh On Beauty, an event organized by Pirelli during New York Fashion Week at the Cipriani Wall Street restaurant in honour of this year’s edition of The Cal™, shot by Peter Lindbergh (for the third time: the only photographer to have reached this milestone) and starring 15 actresses: Kate Winslet, Penelope Cruz, Nicole Kidman, Jessica Chastain, Uma Thurman, Helen Mirren, Robin Wright, Lupita Nyong’o, Alicia Vikander, Julianne Moore, Rooney Mara, Charlotte Rampling, Zhang Ziyi, Lea Seydoux as well as Anastasia Ignatova, Professor at the University of Moscow. 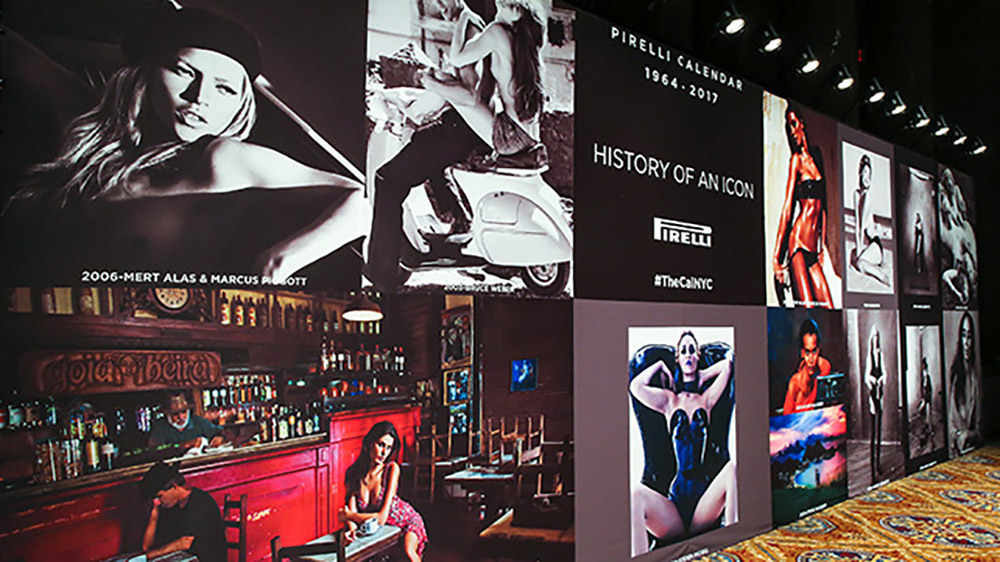 Preceded and followed by cocktails with models including Karolina Kurkova, Doutzen Kroes, Isabeli Fontana, fashionistas like Bee Shaffer and photographers such as Francesco Carozzini, the panel was moderated by Vanity Fair’s very own Derek Blasberg, a true celebrity New Yorker, and was brought to life by the presence of Peter Lindbergh, Jessica Chastain, one of the stars of The Cal™ 2017, writer and public figure Fran Lebowitz (given the month of May in the 2016 Calendar by Annie Leibovitz dedicated to successful women and not necessarily models) and photojournalist Steve McCurry who recalled his experience behind the camera for The Cal™ 2013: “I remember that at the time the models chosen were women who, as well as being beautiful, were also involved in social work. During the press conference everyone spoke about their humanitarian efforts. Even then, Pirelli was already searching for a different kind of beauty, more honest, not just superficial.”

Honesty is evidently a theme Lindbergh also cares about: “Talent is more important than beauty. During my career I have always pursued substance, ever since I shot Linda Evangelista and Christy Turlington on the beach wearing white shirts in 1988.” Blasberg recalled that the shots ended up in a drawer at the Condé Nast offices and only re-emerged when newly appointed editor Anne Wintour deemed them incredible and decided to publish them in American Vogue, revolutionizing the fate of the magazine. “I like to play characters that question the status quo,” said Jessica Chastain. “As an actress, I am constantly searching for the truth, a process that often involves not wearing any make up to make the character more believable, more real. When I act, I’m protected by the character. Posing in front of a camera is harder for me because I am stripped bare and vulnerable, with nowhere to hide. It takes a person like Peter to make me feel safe and protected enough for me to let go.” “Let’s not kid ourselves: if there was only inner beauty, models wouldn’t exist,” Fran Lebowitz pitched in controversially. “Beauty attracts everyone, but what has changed are the criteria used to consider a woman attractive. In the world I grew up in, there was on one kind of beauty: blonde and blue-eyed. Today beauty comes in other colours, shapes and heights. And this is a good thing. We got rid of a single ideal of beauty in favour of diversity, but the pursuit of beauty itself still has to do with symmetry. Not everybody likes the same models, but no model is objectively ugly according to the aesthetic standards of symmetry: it’s a powerful force of attraction.”

In response to a question on what beauty means in his work as a reporter, Steve McCurry remarks that its role is essential, as it is one of those things that makes life worth living. “My most famous photo is that of the Afghan girl featured on the cover of National Geographic. Is that beauty? Sure, but it is also the coincidental result of a number of unique factors, totally natural. Beauty cannot be staged, you have to capture it when it appears”. And using all technological mean possible, “I am not against the digitalisation of photography,” Lindbergh confirmed, who has mentioned the subject many times. “Using digital is a luxury, it lets you get things done faster. Since I know what I want, using digital isn’t a problem. It’s a problem for those who have never shot using film and think digital is the only way, that certain gloss effects are normal.” “I agree: digital has improved our lives,” Steve McCurry added. “Given the conditions I work in, I‘ve had to throw out entire photo sets that were out of focus. With digital photography, you have the advantage of being able to check your results in real time and correct any mistakes straight away, saving the job.” “What I can’t stand is something else”, said Lindbergh, “all the useless debates and fanaticism over camera type and the race to use the latest model at all costs. It’s ridiculous, just like expecting to check the photographer’s work while he’s shooting, and comment others’ work”. “Art is never democratic, only society should be,” concluded Fran Lebowitz.