It’s 50 years since man first walked on the Moon and made a new era of human endeavour seem possible. The dream of space conquest somehow got derailed but with new technology a host of new players is ready to take it on once more 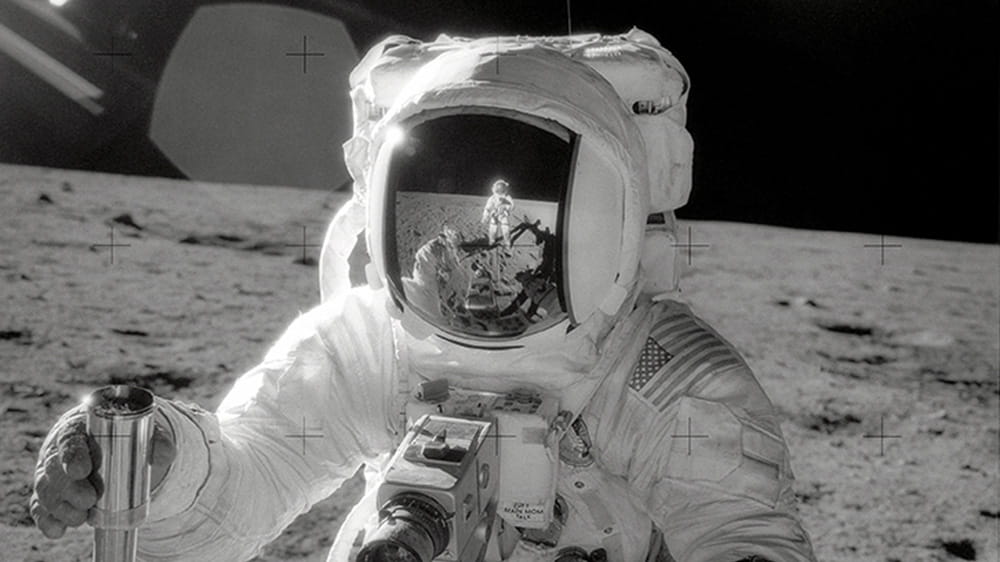 You don’t need to have read many science-fiction magazines to know that the Moon was supposed to be just the beginning. Having set foot there we were supposed to return, build bases and continue to explore space as far as the most distant galaxies. What else would you expect? It would make no sense for a civilisation to accomplish a few missions, successfully sending men to the Moon, and then... go no further. It would be ludicrous to just play a round of weightless golf, take a trip on a dune buggy in space and then do nothing.

But that’s precisely what happened. Only 11 people have walked on the Moon, all sent by the US space agency NASA. The first mission to successfully land humans there, Apollo 11, took place 50 years ago in July 1969, carrying Neil Armstrong and Buzz Aldrin to the Moon's surface, while the last astronaut to land there was Gene Cernan in 1972. The moon-landing season lasted just three years. Then priorities changed and the US found other ways to spend its public money.

The wings of Apollo, and of the space race in general, were clipped by many factors that had little to do with science. This was no surprise given that the whole so-called “moonshot” – the race to the Moon launched by President John F. Kennedy in 1962 – had been a purely strategic chess move taken in a geopolitical rather than scientific spirit. And, as a political move, it was easy prey to the changing winds in Congress: if it only took Kennedy one month to allocate 4.4 per cent of the national budget to NASA, Richard Nixon needed a little longer to terminate the Apollo programme and focus on other things.

The wings of Apollo, and of the space race in general, were clipped by many factors that had little to do with science

As always, the historical context is fundamental in attempting to understand those three strange years. In the early 1960s, for example, the Soviet Union seemed destined to dominate the space race following successful missions involving Sputnik, the first man-made satellite in history, and Yuri Gagarin, the first human in space. Russia’s space pilots were known as cosmonauts and as the USSR’s propaganda suggested they were Soviet citizens sent to take the Red Star into the darkness of space. It was precisely these successes that prompted Kennedy to respond, breathing new life into the American space agency; before aiming for the Moon, Kennedy had actually been pushing a plan for the desalination of seawater back on Earth. These were decisions dictated by the depths of the Cold War – only one month after Kennedy’s announcement of the mission to put a man on the Moon (“We choose to go to the Moon”), the Bay of Pigs crisis erupted in Cuba.

The Moon was undoubtedly a perfect choice: the lyrical body par excellence, the iconic focus of romantic evenings, poems, songs and a surprising symbol of power. Planting the Stars and Stripes on the Moon’s surface was a power move of unprecedented magnitude from the scientific, cultural and symbolic (the astronaut's footprints, the photos, the live coverage...) points of view.

Planting the Stars and Stripes on the Moon’s surface was a power move of unprecedented magnitude from the scientific, cultural and symbolic points of view

After decades in the doldrums we are now witnessing a period of renewed interest in the Earth’s natural satellite. Pure scientific discovery is once again not exactly top of the list of factors behind this interest, but 50 years on there are certain notable differences: Russia is no longer in the game and has been superseded by new nations and these in turn have been followed by private players. Companies, start-ups, governments and individual billionaires: in 2019, the race for the Moon is as competitive as it is chaotic.

It’s clear that times have changed. Something that was once achievable only for two superpowers – both by investing massive percentages of their budget – is now within the reach of several private individuals and companies due to the cost reductions made possible by scientific progress. Consider the case of rockets, now no longer the exclusive domain of space agencies but launched with regularity by companies such as SpaceX and Masten (which in just a few years have eaten away at the pre-existing monopoly), and often developed by teams of just a few dozen people.

We shouldn't forget that NASA and military giants such as Lockheed Martin Space, closely tied into government commissions from around the world, still play an important role, but the landscape has changed: for the first time in history it has variations. There are new rockets that, as the CEO of Masten recently told the New Yorker, “are literally operated by the Raspberry Pi”, a small computer originally conceived to teach programming to children. It is often stated that the average smartphone has superior computing power to that of the computer first used to put men on the Moon. Enough said.

NASA also intends to return to the Moon… and soon, thanks to new funding promised by the Trump administration with the aim of a lunar mission by 2024, four years earlier than planned. Likewise the European Space Agency, which hopes to be extracting resources from the lunar soil by 2025. Moving further east, this year China sent a probe of its own to the dark side of the Moon, inducing cotton plants to sprout there in the process, and India will soon attempt to visit the Moon’s south pole with its Chandrayaan-2 mission. All of these are unmanned missions, in other words robotised and controlled from Earth without any personnel on board. But there are lots of them – and they represent only the beginning.

Returning to the novel aspects of this Moon rush, it is not only sovereign states that are currently competing for the Moon but also private individuals. There’s Jeff Bezos, founder and CEO of Amazon, the world’s richest person and, in his spare time, the financier behind Blue Origin. This is the start-up that recently unveiled Blue Moon, a module designed “to return to the Moon and stay there”. Bezos is financing the company with $1 billion a year and has also made it clear that he wants to help NASA, still the key player in lunar launches.

There’s also Elon Musk, co-founder of PayPal, who founded SpaceX in 2002 with ambitions that seemed crazy at the time and are only now starting to seem more within the reach of humanity. A new arrival in the rocket sector, the ultimate aim of SpaceX is to take human beings to Mars and encourage the settlement of a human colony on the planet. The company’s mission has been fundamental in reminding us how a space launch can entrance millions of people and keep them glued to the screen. If one of those rockets is to prove capable of flying to Mars in the future, it is easy to imagine the fame and glory awaiting those responsible for the mission. This factor, too, is important in attracting new enterprises and new finance towards a sector that had fallen out of favour in recent decades.

Alongside the technology billionaires are other players from beyond Silicon Valley. One example is Richard Branson’s Virgin Galactic, which has designs on the future space tourism sector and has signed an agreement with the Italian Space Agency for the use of the Grottaglie Spaceport in southern Italy.

Back in the digital realm, Google is curator of the Lunar X Prize, a competition offering $20 million to any team that can successfully develop a robot to land on the Moon, move across its surface and relay high-definition images to Earth. All you have to do is root around among the winners of this prize to unearth a new world of ambitious contenders, such as Moon Express, Synergy Moon and the Israeli SpaceIL. These teams, in turn, work with companies that specialise in launch technology such as Spaceflight Industries, Rocket Lab and the already mentioned SpaceX. Finance, dreams of glory and improved logistics have thus changed the way the space game is played: if having a rocket-science team once evoked mastery of an obscure and almost impossible subject matter, today it seems to be within the reach of many more players.

If having a rocket-science team once evoked mastery of an obscure and almost impossible subject matter, today it seems to be within the reach of many more players

The function of NASA has changed in line with the general upheavals taking place in the sector and is now twofold. On the one hand the US government continues to finance it for manned and unmanned space missions; on the other it is an international platform acting for this plethora of new players in the sector, renting launch pads and also working as an active partner in the development of new technologies and missions.

Within this context old ideas and concepts are also resurfacing, such as totally artificial space colonies: small, strangely-shaped worlds filled with cities but also natural environments. It’s an idea that was suggested by NASA scientist Gerard O’Neill back in the late 1960s as a way to combat overpopulation. The “O’Neill Colonies” were never given serious thought, but their inventor continued to work as a professor at Princeton for many years. One of his students was a certain Jeff Bezos, who it would seem has never forgotten those wonderful plans for cities in space. These things happen, with space in general but with the Moon in particular – a distant micro-world, the colonisation of which would be a historic turning point. A new goal that has always seemed unattainable, but now within reach thanks to human genius.

The dream projects of bored billionaires or investments in a better future? It’s difficult to be sure and perhaps it doesn’t really matter; as we have seen, the space race has never been a purely scientific affair other than for the scientists who made it all possible. Gathering rocks on the Moon was never a priority for any superpower, whichever side of the Iron Curtain it was on. And nor is it today for Silicon Valley, perhaps inspired by a passion for the future and for a science-fiction dream that now appears tantalisingly close to realisation.