The Road Ahead: Pirelli’s 2019 Annual Report looks at the theme of resilience

Home life The Road Ahead: Pirelli’s 2019 Annual Report looks at the theme of resilience

The Road Ahead: Pirelli’s 2019 Annual Report looks at the theme of resilience

The capacity to react, to lift your head again and recommence. In a world in continual transformation, only those equipped with resilience are able to grow and transform change into an opportunity to improve oneself. This is the theme of “The Road Ahead”, the 2019 edition of Pirelli’s Annual Report, continuing a now decade long tradition. In it, the great writer Emmanuel Carrère, the famous non-fiction writer John Seabrook and the visual artist Selman Hoşgör were given the task of telling the story of a company’s life going beyond the numbers.

Carrère, Seabrook and Hoşgör thus address, each with their own particular language, the theme of resilience, which Pirelli has shown for almost 150 years, maintaining its own strong identity and constantly adapting its business model, products and services to the evolution of the context in which it operates. Conceived before the changes imposed by Covid-19, the idea of resilience on which the project is based inevitably melds with the emergence of the pandemic, and takes the form of deep reflection which also touches the emergency we are living through in the pieces “Noon at our door” by Carrère and “The Zoom brigata” by Seabrook.

In his piece Carrère shares his reflections and reactions while writing a book during the pandemic: “We were all stunned by the fall of the Twin Towers, the mightiest historical event that had ever happened in our lifetime, but no writer, I think, thought that his novel about a love triangle or the first disillusions of his childhood had become obsolete after September 11, 2001. So what then? So it doesn't matter: I'm continuing, correcting, putting the finishing touches to my book on yoga. It may sound ridiculous but - if yoga is what I think it is- , it's not, and neither is trying to describe, not so much a little life, but through a little life, the aspiration to be who you want to be and the destructive forces that prevent you from being: our struggle, more or less, all of us. I go on like this: this is my form of resilience."

John Seabrook sketches, on the other hand, a dialogue between friends on a virtual platform during the pandemic, like a story about the plague like the Decameron strictly linked to a fruitful epoch like the Renaissance: ““Did you know that  The Decameron was one of the first books printed?”“But what does The Decameron have to do with the Renaissance?” one of the brigata asked.
“Only everything,” I replied.  “Think of it: the world is ending, and five years later comes the first epic prose masterpiece of modern western literature. The canon begins with Boccaccio. And the moral of his story is, ‘As long as there is storytelling, humanity will go on.’ Even the Black Death couldn’t quench that life force.  Is there a better example of human resilience in the face of unimaginable adversity than the Decameron?”

The two authors’ texts are accompanied by eight illustrated panels by Hoşgör, known for his colourful, playful and dynamic style, always able to surprise, entertain and move. Each of his panels one of the key words that identify Pirelli: Artificial Intelligence, Changes, City of Future, Connection, Resilience, Smart mobility, Sustainability and Velocity. 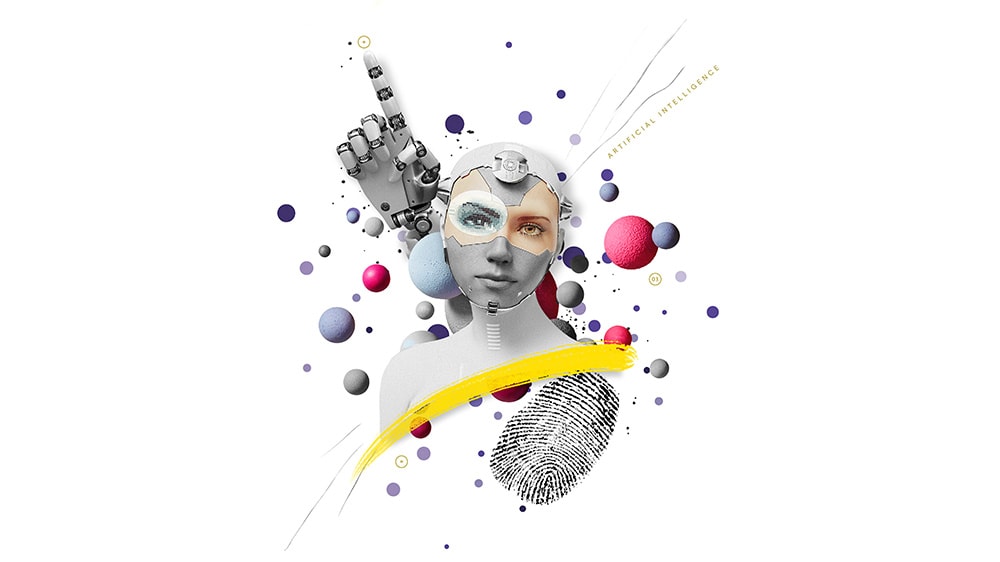 Pirelli’s collaborations with writers and artists is part of a long tradition which has led, over the years,  to the involvement of many international personalities from the worlds of art and literature who have enriched Pirelli’s annual reports which creative content.

In 2010, photos by students at the Nuova Accademia di Belle Arti – known as NABA – in Milan started a new tradition for Pirelli’s annual report. Their images – designed to illustrate the topic of sustainability – were featured in the company’s annual budget statement, turning it into a story capable of communicating the mood of the business in addition to the numbers.

The project was welcomed by stakeholders and drove Pirelli to create annual reports aimed at reflecting corporate culture in an original way year after year, referencing the worlds of art and literature with contributions by international cultural personalities.

In 2011, it was the turn of graphic designer Stefan Glerum, who interpreted key values of Pirelli, such as reliability, flexibility, speed, technology and innovation, in 18 drawings. The drawings were accompanied by written pieces from four internationally-renowned authors: Hans Magnus Enzensberger, Guillermo Martinez, William Least Heat-Moon and Javier Cercas.

The 2012 Annual Report featured works by New Yorker cartoonist Liza Donnelly, who interpreted in graphical form 10 words chosen by university students from around the world to express the most significant values for their future.

Writer and screenwriter Hanif Kureishi coordinated 10 young talents from around the globe to discuss the concept of "wheel" for the Spinning the Wheel annual report project in 2013, aimed at highlighting the creativity, ingenuity, dedication, tenacity and passion behind a successful idea, project or product.

In 2014, the Pirelli Annual Report featured street art, with works by Marina Zumi from Brazil, Dome from Germany and Alexey Luka from Russia. These were assembled as a single pyramid-shaped installation and displayed in the Pirelli HangarBicocca exhibition space. Street art’s association with the city, mobility and multiculturalism made it the perfect match for Pirelli as it is precisely on the street and in the need for mobility that tyres find their meaning.

The following year, Pirelli called on the Russian modern calligrapher Pokras Lampas to represent the concept of "oneness" through two intrinsically unique elements: handwriting and fingerprints. The young artist portrayed in the form of large fingerprints the thoughts of 11 personalities – including photographer Steve McCurry, pianist and composer Giovanni Allevi and opera singer Andrea Bocelli – who were asked to say what "leaving a mark" meant for them. Hence the title of that year’s annual report: Every Mark is Unique. The Annual Report featured the text “Like the sentinel moon” by the writer Javier Marias.

The 2017 Annual Report entitled Data Meets Passion highlighted the digital transformation of Pirelli through the stories of five craftspeople/makers who harnessed digital technology to make their businesses grow. The artistic and literary dimension of the volume was entrusted to artist Emiliano Ponzi and three internationally-acclaimed writers: Mohsin Hamid, Tom McCarthy and Ted Chiang.

Most recently, the 2018 Annual Report is dedicated to the 25th anniversary of Pirelli’s most famous slogan “Power is Nothing Without Control”, which identifies Pirelli worldwide. The volume features images evoking the concept of the slogan (also linked to a video) and the work of three leading writers – Adam Greenfield, Lisa Halliday and J.R. Moehringer – who offered their interpretations of “Power is Nothing Without Control” through the dimensions of technology, sport and culture.

Standing in the Way
of Control