The major quality for a designer – and any creative person, for that matter – is the ability to “sense” the future of what is contemporary, says Patricia Urquiola 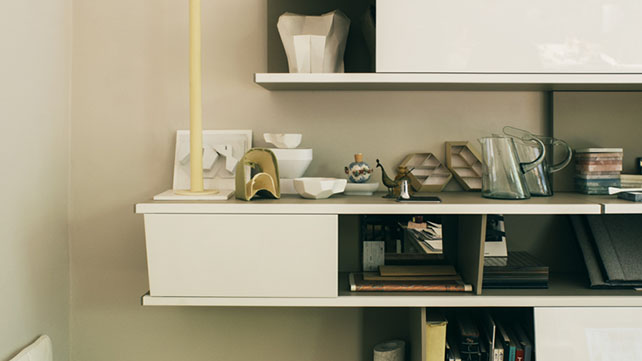 Chaos is the beginning and the end of the creative process, according to Patricia Urquiola, the Spanish designer collaborating with major Italian and international companies. We asked her to discuss the role and the challenges of contemporary designers and their relationship with new technologies.

How important are chance, chaos and order in the design process?
A creative process is a rigorous process, implying order. But it starts with the evaluation of an inconsistent system, a pre-existing state of disorder. On which one tries to impose order, to channel it through a system, in a kind of interpretation of the possible, an interpretation of the future. One sniffs the air to try to understand a future need. In fact, I believe the greatest talent for any designer or creative person is the ability to “sense” the future of what is contemporary. To interpret the separation between perception, conception and use. Chaos is the beginning and the end. It’s a vacuum, infinite darkness, the abyss. But it’s also an opening up to the possible. Chaos is the interpretation and perception of oneself and others. But it is a contingency closely tied to conjecture or prediction. The designer as an antenna but also as originator of Humean Belief. My creative processes can take various different directions. A new function, with new materials, for a product that does not exist. The improvement of a function. Or existing materials used with new technological processes, and all the other possible combinations.

In the history of architecture, the desire to impose order on chaos has always been visible. There are imposing works which, after centuries or millennia, retain a mystic appeal with the power to conquer time. Is that still true today? Can you give us any examples?
There’s a continuous process of approaching and then moving away from an ideal of chaos and order. Deconstructivism is a reaction to architectural rationalism. It’s an architecture that distances itself from Euclidian geometry. A non-architecture. A vision of the built environment and architectural space where chaos becomes the organising element. In opposition to postmodernism but in common with the aims of the Russian constructivists of the 1920s. The decisive factor for the present and the near future is the impact of time and the impossibility of urban planning. Because of the lack of funds resulting from universal public debt, public sector projects can no longer be implemented on a large scale and in a coordinated way. At best, authorities can try to give direction. Like what happened in New York, where 40,000 new buildings were built, based exclusively on “guidelines” and their interpretation, with no consistent urban planning document. Cities are becoming living organisms that are difficult to control. With the technology of new materials, ever higher performance and speed of construction are possible, but at the expense of durability, as they age rapidly and become unmaintainable. We are seeing the spread of a Japanese-style process of continuous regeneration. Construction, demolition and reconstruction. With no stratification, other than that resulting from chance. The power of chaos, like in the Japan of Katsura – the architecture of silence, purity and sacrifice - or that of Nikko, a synthesis of Shintoist vitalism.

In recent years, however, it would seem that the desire to leave a mark has been eroded. To the point where, for example, in terms of urban planning, cities risk being reduced to an endless series of suburbs, while small towns seem increasingly eager to conform to the same model. Do you agree?
Every action is followed by a reaction. An adaptation. There is a tendency towards simplification, standardisation and homogenisation. A guided determinism. But then micro-change intervenes, in the sense of harmonious individual actions. Our personal intervention, while increasingly insignificant numerically - a fixed numerator over an ever growing denominator - can have enormous repercussions. We can no longer guide choices through macro-decisions, only through micro-behaviours. Through the physical and virtual habitat that we create and inhabit. Through the construction of a mental comfort zone that has a value which is real, albeit intangible and unquantifiable. In design and architecture we can contribute to the improvement of our daily experience - even if only to a small extent. By creating tools for living. Small shifts in reality that can have big consequences.

In all creative processes, many people think it is increasingly difficult to orient oneself and find a model of order and beauty to aim for. Is the creative process for objects the same?
There is a degeneration, a decline, almost a process of irrational self-destruction. But this leap into the abyss, into Chaos, serves to intensify our hope of breaking the fall. It makes the challenge even greater. One possible solution is to create compatible, sustainable, interactive, interacting micro-systems. The greatest risk is exclusion, immobility and isolation. If we manage to create tools, to offer symbols and signals, to make ourselves resistant and resilient, we can change perceived reality or at least give meaning to the decline.

With regard to urban planning, an architect often behaves like a healer who arrives and decides to adopt a plan, to impose an order that always risks amplifying the disorder. Do you agree? Is a designer a “healer” by necessity?
A designer or architect cannot and should not change the world. He can only try to improve it, remaining aware of how ephemeral and transitory his work is. Its value is not absolute, but relative to what was there before and to the influence it may have on what comes after. He is a doctor using a form of medicine that is constantly evolving. He must know how to look to the past as well as towards that insubstantial thing called the future.

How important is daily life in the creative process?
It’s the primordial soup of research. Each of us can decide on a personal basis to what extent this experience may be real or virtual. A hermeneutic approach and a proairetic process. An interpretation of contemporary signs outlining a future, the duration of which is defined by the rhythms of industrialisation, distribution and promotion. A process based on preferentiality as a direction and betterness as an application, but one which should steer well clear of style and styling.

Where does your inspiration come from and how do you move from an idea to a tangible form?
It’s a process that works through analogies. With no direction. Starting from the past or from an imagined future. What matters is whether they have - or could have - value in the present. It’s hard to say to what extent these signals are self-generated from a common feeling and to what extent they are externally guided.

You often say that the dominant trend in design today is a “non-trend”, or rather the provision of tools that can be integrated in different ways, personalised and customised to the individual’s needs and desires. So can we talk about an orientation towards chaos, in the sense of personalisation? How important is the energy that other people can bring to the creative process?
The complexity and interaction of different societies and the speed of transmission of information would make it extremely boring and uninteresting to create pre-established models or universal fashions, styles and standards. I believe every creative person must accept the huge risk of interpreting reality, by offering systems and tools. Tools which each of us must then personalise, use and combine in an individual way. I don’t believe in - and I’m not attracted by - prepackaged things, things that are imposed on me. Solutions that are the same for everyone. At the same time I don’t believe only in the quantitative success of an object or a product. But rather in the impact it may have. In the pleasure and wellbeing it can give. Even just as a virtual representation, with no considerations of possession and ownership. This search is the result of a joint effort with industry, involving an ever expanding team of technicians, consultants and specialists who become part of the process. It’s up to critics and journalists to read, define and formalise reality.

You were a student of Vico Magistretti and Achille Castiglioni. Can you give us some idea of their influence on your work?
It was fundamental, both professionally and personally. Magistretti gave me the courage to put myself to the test, to believe I could be a designer, a creator. He was a model of elegance and understatement. An example of the ability to change scale. Paying attention to every aspect of the process: the textile used on a product, its colour, its feel are as important as its form. Castiglioni revealed design to me when I saw architecture as a superior discipline. The pleasure of designing an object or a temporary piece of architecture. The unimportance of the size or duration of a project. The importance of industry and the relationship with industry. Irony, fun, not taking oneself too seriously even when doing things very seriously.

You are considered the most multi-faceted designer in Europe on account of the numerous fields in which you work. How do you decide which projects to work on?
I choose relationships. I concluded the design for an event for a client with the following words, written using lightbulbs in the dark: “Work only with people you like.” There are no better or worse clients or projects. Every creative person, like every producer, has his strengths and weaknesses. It’s the magic of combinations that makes the difference. The shared desire to exceed your limitations. To open your mind in order to improve and evolve. It’s a fantastic, painful, funny, destructive process. You don’t know where it will take you, but the meaning is in the journey, not the destination.

You often say that your office is the world. But there must be a place you feel most inspired. Can you tell us where it us?
In my head. In a book. At a street market, in a non-place or watching the ocean from the beach where I spent my childhood, in Asturias.

Chance, chaos and order: can you rank these three words in order of importance for your creative process and explain why?
I can’t give rankings or percentages. I have this dreamlike, three-dimensional image, where chaos is everything, order is a funnel and chance a magic dust that flows through the funnel, and a different chaos comes out the other side.

PATRICIA URQUIOLA
was born in Oviedo (Spain) in 1961. She lives and works in Milan. She attended the Universities of Architecture at Madrid Polytechnic and Milan Polytechnic, where she graduated in 1989 with Achille Castiglioni. In 2001 she opened her own studio working on product design, architecture and installations. Her recent projects include the Mandarin Oriental Hotel in Barcelona, Das Stue Hotel in Berlin and the Spa of Four Seasons Hotel in Milan, as well as showrooms and installations for Gianvito Rossi, Flos, Missoni, Moroso, Officine Panerai, H&M, Santoni and the general concept of Pitti Immagine, Florence. She designs for major Italian and international companies. Some of her products are exhibited in various museums and collections. She has won several international prizes and awards.

Rubber and
its weirdest uses