London calling New York.
The Pirelli Calendar was born in England. But, over the last 20 years, it is  in the most powerful city in the United States that its style has taken shape. Hence the decision to pay tribute to the evolution of image culture with the exhibition The Cal™: Icons from Pirelli Calendar Collection, organised by IMG in collaboration with Pirelli. 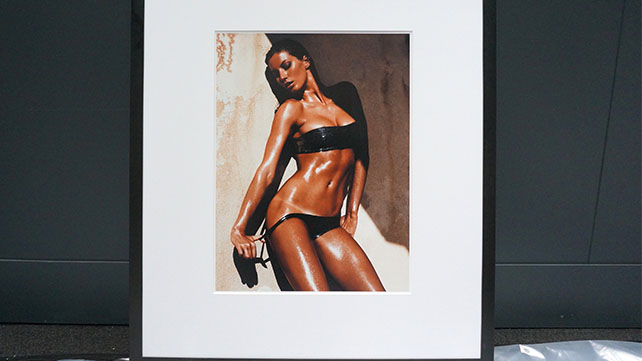 Amedeo Turello - photographer, fine art photography collector and curator in 2014, together with Walter Guadagnini, of the exhibition The Cal™ - Pirelli Collection, Form and Desire in the Palazzo Reale in Milan - tells us about this new stage in the exhibiting of the world's most famous Calendar, which he curated.

Why did you immediately mention London?
"Not simply for historical reasons. But because in 1963 London was the centre of the developed world. Just as New York is today. So it is easier to understand the reasons for this exhibition, with its strong emphasis on lifestyle, in this metropolis where the idea of the image is found in its most advanced form, in every field of contemporary life."

Which venue was chosen to host this exhibition?
"The Skylight at Moynihan Station, in the historic James A. Farley Post Office building, is a symbolic choice that positions the event firmly within the world of fashion. There, IMG has created a special lounge to play host to the cream of the fashion system during this event. A place and time designed specifically to celebrate Pirelli's connection with this world that has both inspired and been inspired by the images that the photographers chosen by Pirelli have created, reflecting the sensibilities of different periods and carving out what is recognised as a unique iconographic seam."

Mr Turello, can you expand on the role of Pirelli's photographers?
"It is an absolutely crucial one, because they are all first-class, world-famous artists, whom Pirelli has always carefully chosen for their talent and because at that particular time they were the people best qualified to reflect on the idea of femininity."

Can you give some examples?
"I'm thinking about men of the calibre of Herb Ritts, author of the 1994 Calendar which forms the starting point for the exhibition, Avedon, Lindbergh, Weber, Demarchelier, Lagerlfeld, Richardson, Testing and Meisel. They are synonymous with fashion in the most authorial sense of the term. Pirelli gave them the freedom to express themselves and they celebrated women in a way that was eclectic and always sophisticated. They are all personalities for whom New York is a point of reference, not only for their photographic studios, but also in terms of the creative power the city generates."

Choose one word to define the Pirelli Calendar
"I would choose the term I hear most frequently among those who not only collect it, but also see it as the standard-bearer for a certain style. The Calendar is: authoritative. Not only because of the quality that goes into its production, but for the values it manages to capture and express. It has thus taken on significant importance in the history of image culture expressing content."

Could you explain in layman's terms for non-photographers?
"Let me make a comparison with a perfume that has become an icon: Chanel No. 5. Most people are probably unable to recognize its scent, but I'm using this example as a synonym for something that achieves superlative heights, objectively speaking. The Pirelli Calendar does the same for the world of fashion and lifestyle, representing a benchmark, which takes on a new photographic form each year while maintaining a constant set of stylistic values."