The new 2017 Cal™ shot by Peter Lindbergh has been presented at the Cité du Cinema. Eight hundred guests and a galaxy of Hollywood stars

At the Cité du Cinema in Paris, the film studios designed by Luc Besson, the party was in full swing for the gala dinner of the 2017 Pirelli calendar: a date that fans of The Cal™ look forward to every year to celebrate the arrival of a new chapter in a story that comprises 44 editions from 1964 until today. 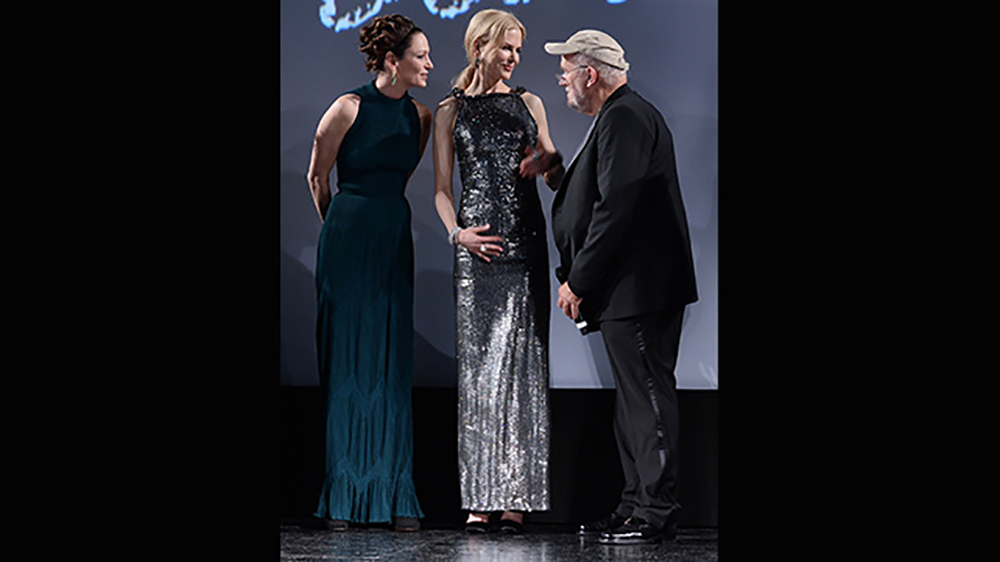 Among the evening's guests were Charlotte Rampling, Helen Mirren, Nicole Kidman, Uma Thurman and Anastasia, some of the stars of the new Pirelli Calendar by Peter Lindbergh, who this year becomes the record holder for being the only photographer to have shot three editions. Eight hundred international guests and a show within the show for the presentation to the public: the Asti Philharmonic, directed by Marcello Rota with a special appearance from Nicola Piovani, to establish a musical link with the world of cinema through some of the most famous soundtracks in cinematic history. In the morning, there were 400 journalists from all over the world for a press conference at the Hôtel Salomon de Rothschild. Then, during the Saint Denis night by the banks of the Seine, in the surroundings of the Nef, a splendid example of the industrial architecture of the Parisian French film studios, there was a completely new air: a Pirelli Calendar where the 14 actresses and stars (Jessica Chastain, Penelope Cruz, Nicole Kidman, Rooney Mara, Helen Mirren, Julianne Moore, Lupita Nyong'o, Charlotte Rampling, Lea Seydoux, Uma Thurman, Alicia Vikander, Kate Winslet, Robin Wright, Zhang Ziyi) unveiled themselves in novel ways, displaying the deepest and most delicate aspects of their personalities through expressions, looks and stage presence which formed a connection to their most authentic human selves. This new way of translating femininity and beauty created a ripple of excitement which soon became the common thread of a glamorous evening, where there was no lack of red carpets, attention for fashion and the world of social connections: #pirellicalendar2017.

An interview with Peter Lindbergh