In the words of Olga Sviblova, Director of the Multimedia Art Museum, Moscow

Home life The Pirelli Calendar 2016 celebrated at the Moscow Biennal

Hosting the Pirelli Calendar in the Multimedia Art Museum in Moscow (The Moscow House of Photography) is an honour for us. But more importantly it is a choice. One that has its origins in 2005, when we showcased the best of 40 years of the Pirelli Calendar, in the section of the Photography Biennial devoted to international lifestyle and fashion. It was a success. We were in no doubt about the media appeal of these contents from an editorial and artistic point of view, but we were pleased to see that the exhibition was appreciated not only by the general public but also by serious photography enthusiasts. 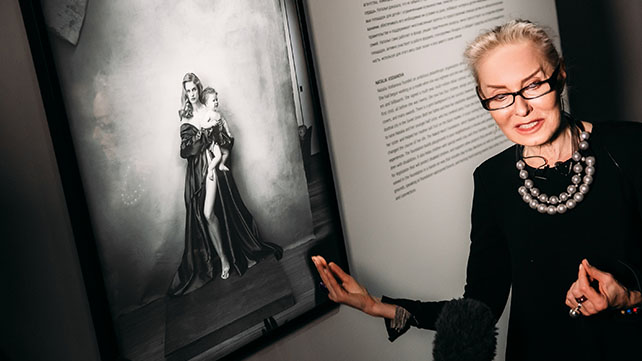 This year, the twentieth anniversary of the Photography Biennial, the Moscow Multimedia Art Museum is also focusing one of its key themes: the concept of identity. A theme that is beautifully addressed in the work of Annie Leibovitz, which we are proud and honoured to exhibit. Of course, she is one of the world's best known and most respected photographers. So it is no coincidence that in 2000 the museum held a retrospective of her work. But, her approach in this specific Calendar really excited us. In her latest project for Pirelli, she has succeeded in simultaneously conveying the strength, character, lifestyle and mindset of the kind of women who can change the world. There is something heroic in these photographs.

Around the world, we hear a lot of talk about the new vision of female beauty. The old stereotypes that sought to make women comply with a single standard idea of beauty have been abandoned. We have started to show more appreciation for women's natural beauty and individuality. This is not just a change in aesthetic standards but also a right acquired by women, who are becoming more and more actively involved in social, political, economic, scientific and cultural life.

In the last Pirelli Calendar all of this is important: the choice of personalities who illustrate the different areas of society where women are taking the initiative, as well as the shared vision we perceive when we look at their portraits.

Annie Leibovitz has proved to be a master of complex compositions, perfectly blending the lives and looks of her heroines. In her latest work for the Pirelli Calendar, she has opted for total austerity and simplicity. Her black and white portraits on a studio background appear simple. But the photographer has succeeded in capturing the key idea: namely, the subject's individual strength and her ability to make decisions and achieve goals. Far from devaluing female beauty, she has let it emerge even more clearly.