The innovative sound
of the Panini family

A journey to the Hombre farm of the Panini family, which continues to diversify, also focusing on innovative audio systems. It’s the birth of Pirelli P Zero Sound, the designer speaker inspired by Formula One tyre

Home life The innovative sound
of the Panini family

The innovative sound
of the Panini family

On a farm just outside Modena, Italy, amidst roaming cattle, wheels of Parmigiano Reggiano cheese and vintage Maserati cars, a sophisticated audio system, inspired by the motoring world, has just been born. This parallel universe, in which a genuine love for the land lives side-by-side with innovation and leading-edge technological research, is the estate of the Panini family, famous the world over for its figurines, and a reality that continues to diversify its activities that have always been based on a commitment to excellence. The farm is called ‘Hombre’, in memory of Umberto Panini, who emigrated to Venezuela in the Fifties and later returned to Italy to help his brothers embark on their great adventure in the figurine sector. And today, Umberto’s son, Matteo and his cousin Giovanni still work in this niche sector. But this is also the place where they produced the very first, organic, Parmigiano Reggiano cheese in Italy and the headquarters of IXOOST, a start-up established about six years ago. 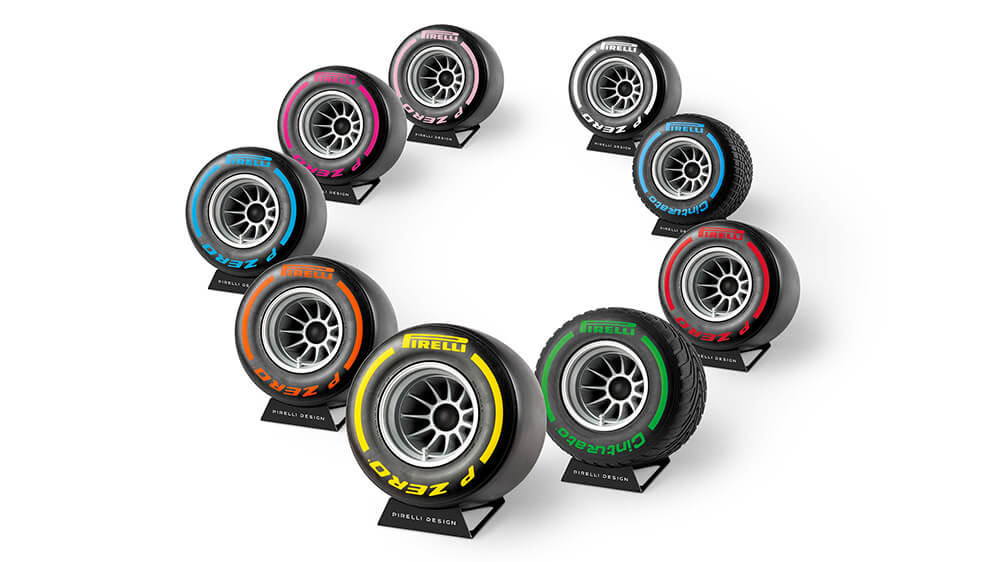 “We give sound to everything”, is Giovanni Panini’s motto. And proof of this can be seen in the latest IXOOST creation, the result of a collaboration with Pirelli Design. This hi-fi system, which uses the most advanced 4.0 Aptx technology, is installed inside a replica of a Wind Tunnel Tyre, a tyre built to a reduced scale that has been produced by Pirelli for the F1™ teams, who use them for wind tunnel tests. “The biggest challenge for IXOOST was to adapt ourselves to an object that already has a very specific function”, explains Giovanni Panini. “We carried out various experiments before we figured out how to get the best sound quality, while still leaving the original form of the object in tact”. This is how PIRELLI P ZERO™ sound, a design object available in nine different racing tyre colours, with a sound system that has a powerful, built-in 100 w Dsp amplifier and a 100 mm midwoofer came about. A project that was realised thanks to the mastery and knowledge of small artisanal workshops, where skilled craftsmen passionately carried out every stage of the product’s development. “We can honestly say that the project is entirely ‘Made in Italy’, and that’s no small feat”, states Giovanni. Artisanal craftsmanship is a theme that is very dear to the visionary Matteo Panini.

Also, this is a region where there is no shortage of a desire to do and create. In fact, the added-value of the Panini family is their creativity and experimental spirit. Qualities that led to the almost chance founding of IXOOST.

“A friend of mine, who wanted to create a Formula 1 simulator, came to us for advice”, recalls Giovanni, “It was then that we got the idea to take a manifold and pass sound through it – an idea that might seem really absurd at first. In the early days, it was almost a bit of fun, so much so that we didn’t even do any advertising campaigns”. And yet interest grew immensely and quickly – also because the product was so unique and no one had ever thought of transforming a manifold and Ferrari or Lamborghini exhausts into high-fidelity sound systems before. This was also the inspiration for the brand name, which sounds similar to the word ‘exhaust’. “We transformed iconic elements from the automotive world into new and unique objects. This was probably also helped by the fact that here in Motorvalley, there is no shortage of quality materials”, admits Giovanni with a smile.

In fact, the Motorvalley is a recurring theme at the Hombre farm because, at just a few-hundred meters from the IXOOST laboratories, lies the ‘Collezione Umberto Panini’ museum, one of the most important Maserati collections in the world. An extraordinary showcase that is home to nineteen Maserati, including the single-seater 6C 34, in which Tazio Nuvolari won the Modena Grand Prix of 1934 and the A6GCS Pininfarina berlinetta, produced in a series of only four pieces, without forgetting the motorbikes and tractors. “I mean, the tractor is a real symbol”, explains Matteo Panini, whose face lights up as he speaks. “In fact, the tractor is a recurring theme in our world, where motors, food, artisanal craftmanship and innovation walk hand-in-hand. As Massimo Bottura, the ambassador of Modena said: “Fast cars, slow food”. The tractor also recalls the Panini family’s main production activity: Parmigiano cheese. In fact, on the Hombre farm, the 600-strong herd of cattle, which is composed of only two breeds (the Pezzata Rossa and the Italian Friesian), produce 5.000 wheels of Parmigiano per year. “And every wheel must be matured for two years”, states Matteo, underlining the ‘slow food’ aspect of the business. The success of the organic Parmigiano Reggiano produced here also comes from a brilliant yet counter current decision. Even the employees (18 people) live on the farm. “While the world seems to be going in another direction, we decided to keep everything within our own boundaries. From the hay for the animals to milk production, we do everything in-house”, says Matteo with pride. An almost ‘zero mile’, all-Italian production line, which applies to both the cheese and IXOOST’s creations. And it’s always done using the same secret – which maybe isn’t really a secret at all: solid roots, international vision, tradition and innovation. “At the end of the day, we’re all children of Marco Polo, who travelled all over the world only to return home again”, says Matteo.