Carl Lewis has been one of the most acclaimed athlete of the twentieth century, but he always aspired to much more: his goal was - and still is - to make a difference

Icon. Two syllables. Four letters. And yet its brevity as a noun does it a disservice, for it is a term that conveys more meaning, emotion and status than perhaps 99 per cent of the others that make up our vocabulary. In four impossibly simple letters it evokes power, layers aspiration and delivers a magnitude of human achievement that you would struggle to better.

Those who are granted the status have a sense of confidence, achievement and untouchability. From Elvis Presley to Mozart, Mother Teresa to Mahatma Gandhi, Andy Warhol to Donatella Versace, in labelling people as “icons” we embrace visionaries, personalities and leaders, placing them on a pedestal that endures.

And yet, one of the truest characteristics of an icon is the ability to switch between extremes… to lay humility alongside status, to assert control in times of excess. 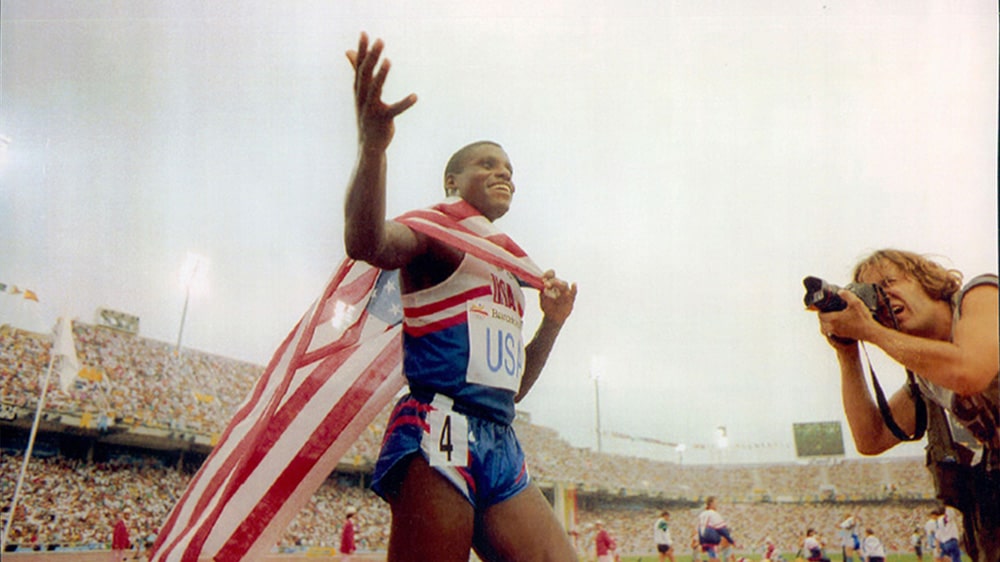 A blueprint for life

American sprinter and long-jumper Carl Lewis was one of the first of a generation to focus not just on releasing energy in the key moment that would make him a champion, but on pursuing a middle and an end to a race, a season, a career. He built a blueprint for his life in much the same way as he put together the physical mechanics and components of a sprint. In fact, even at 58, he still is.

“I see a lot of athletes now and they are all about the big gesture in a race,” he says. “Perhaps it’s the start, the push midway, the changeover, perhaps it’s even just throwing it all at one race and burning out afterwards for the rest of the season.

“When I was competing I could never structure like that. I didn’t want to control just a split-second, a moment; I wanted to control the whole process because I was fixed on the bigger picture.”

The evidence? A teenaged Lewis had a set of goals that went way beyond the norm. First off, consider the fact that at the age of 17, one of America’s brightest, most promising prospects was planning his future retirement. This was already an athlete whose achievements were being scoped out by a driven, unconventional mindset as much as a deceptively thin 6ft 2in frame. He says: “In 1979, I decided I wanted to jump 29ft in the long jump, I wanted to be Olympic gold medallist, I wanted to be a global brand, I wanted to be a millionaire. I set my ultimate goals and began constructing them using mini-goals, but the ultimate goals never went away.

“Of course, I knew I had to take advantage of the talent I was fortunate to have, but I had to see my future in more than just me as an athlete – I wanted to develop the brand, Carl Lewis.”

For the Alabama-born, University of Houston scholar, control over his life came in the form of adopting very practical, very genuine routes towards his life goals. “My investment of time couldn’t be just on the track – I took speech classes, I read books, I also started going to the Grammys, the Emmys, the American Music Awards, because I wanted to see how artists presented themselves; I wanted to talk to them about image,” he says. “It sounds crazy now but this was 35 years ago – we didn’t have social media, we didn’t have managers, we didn’t have all of this stuff that we have today.

“In my head, it was clear I was using my career to build a brand that I would be able to leverage for the rest of my life, because I knew whatever I did in the athletics stadium it could all be taken away from me very quickly, along with everything I invested in getting to the top, and I wasn’t willing for that to happen. I had to control this thing way beyond what any traditional athlete would.”

To return to the concept of the icon, does such an unconventional pursuit of fame, such an unusual perception of success, put Lewis in this category? Is the mark of someone truly special as much to do with the process as it is the end result?

Certainly, sporting greats are rare because their lifespan at “the top” is so limited and the descent from the top can be so brutal. Yet Lewis staked his claim. Joint second on the list of multiple Olympic gold medallists with nine golds. Able to put his name to 14 of the 20 longest jumps in history. The first man to qualify for five Olympic long-jump events and one of only three Olympians to win the same individual event in four consecutive Olympic Games.

In his daily work he is still a major draw for brands. The Pirelli campaign from 1996 is regarded as a piece of advertising innovation with the athlete sprinting around New York, ascending the Statue of Liberty and running across the water towards Manhattan. At the end he lifts his bare foot to reveal tyre treads underneath, conveying the concepts of control, grip and speed… all qualities we would wish to embed in the way we operate and flourish as human beings. Lewis wasn’t a casual choice, by the way. With all these gold medals, with all these records, he embodied the idea of power and control in flesh and bones.

With all these gold medals, with all these records, he embodied the idea of power and control in flesh and bones

A United Nations ambassador, he is also on the boards of a number of foundations such as Best Buddies International for people with developmental disabilities, the Buoniconti Fund to Cure Paralysis and Greenpeace; and perhaps, most notably, he coaches at the university he attended all those years ago, when career and life plans were being formulated. The control he once exerted over his own future he is now teaching to others.

“I tell my student athletes every day – it’s your personal best – you can’t control who wins, you can only control what you can do, so you can only focus on what you can control. Athletics these days is even more of a metaphor for the lives most of us lead – for the most part we are battling ourselves, not other people.

“When I was growing up the pursuit of success was a lot more political. It was tied in with equality, respect and proving a point,” he says, referencing his parents, who broke new ground in an era dominated by the American Civil Rights Movement. “They were both the first in their family to go to college and to graduate. When they got out of college, a friend of my mother’s was Rosa Parks. They got involved in the movement and began fighting for what was right… they were drivers in the bus strike.

Trying to make a difference

“Dr (Martin Luther) King baptised my brothers and we were in that church, doing something special,” he continues. “The power was there among us, but we were all trying to find a way to use it. Those who succeeded… those who survived, knew when to push it forward and when to hold it back, and it was very easy to learn those lessons from people because you were living around it and among it every day of the week.

“I was lucky, I guess, in that I could channel all those same methods of harnessing power and releasing it at the right moment into athletics,” he admits. “It was the perfect storm for me to produce what I did because in those days, growing up in New Jersey, the goal was not to win every time – you just couldn’t; it was more about being the most perfect version of yourself, and trying to make a difference, because that will always be enough.”

Lewis’s mother, Evelyn, was much more than just a political voice. She was a national record holder at hurdles, competed for the US at the 1951 Pan American Games and was only denied her Olympic dream by injury. When she moved to New Jersey to work as a teacher, she campaigned to start up a track programme and went on to become one of the area’s leading sporting mentors.

“My mother taught me how to be successful without winning, because I never won at first. Both my parents encouraged me to focus on being my best, even though I was only finishing seventh or eighth. I was doing it with a cheer in my heart: ‘So, I got a PB [personal best] today’.”

The same philosophy is now put forward to the students Lewis takes under his wing. Everything is measured, scheduled, targeted and planned. He ensures that the highs are never celebrated too “high” so that when the lows come about they are more manageable.

“You have to manage both sides – you know, I won nine gold medals, but I also have one silver medal from the 200m race in the 1988 Seoul Olympic Games. I went into those Olympic Games telling myself that 19.8 seconds would win the gold medal.

“So my team-mate in that final, Joe DeLoach, goes and runs 19.75; I ran 19.79. So, when I turned to look at the times, I said: ‘All right…’, because what can you say? I did what I had set out to do; I had controlled the situation and worked to the plan, and it was just that somebody else had an amazing day, and that was fine.

“The fact that as an athlete, I wasn’t successful early on helped me immeasurably. I could handle the setbacks, but I was also led to focus on my own goals and once I started doing that I applied the same philosophy to other things in my life. I’m a better person for it.”

Lewis still marks off points in his mental development. Even today, he continues to reassess his goals. “The major points in my life have been at ages 19, 21, 23 and 31. At each of those points I knew I needed a new plan, but the fact is, when I retired in 1997, I really had no intention of being a coach,” he admits. “Yet now I work with youth athletes and I have two track programmes in the United States. I volunteer with high schools and my foundation works with kids and families, so it’s something that has evolved, but I have let it.

“I am like a father to some of them and like a big brother to others. I like that, but the pleasure isn’t just coaching and working with them, it is in seeing their personal development as people as well, and for life, not just for athletics. They are young, they’re learning.

“I tell them, ‘You may just get there, you may not. Either way, just make sure you’re in control of the ride’.”

You may just get there, you may not. Either way, just make sure you’re in control of the ride

The strength of being
Misty Copeland

Daniel Ricciardo – it’s all about the power and control

For the second year in a row, the company...

Getting the show
on the road