Women have always loved driving, an activity that some of their insights have been able to improve. And one of these was sure to be the mirror

Home life The heroines of motoring and their revolutionary inventions

Real motoring enthusiasts, champions of speed and visionary entrepreneurs. Women have always loved cars and some have been true heroines at the wheel - all-conquering and courageous - but often left in the shadows. The motor car as we know it today is partly the result of several female insights, the outcome of a long sequence of inventions, sporting achievements and examples of female liberation spanning the history of motoring.

Had these women not believed in themselves, taken part in important projects or concentrated on their passions, the automotive world - seemingly dominated by men - would never have been the same. Even before the long succession of female inventors, champion drivers, entrepreneurs and senior company managers of yesterday and today there were several women who, through their inventions, added something new to an automotive world still in its infancy. Going back in time, in August of 1888 we find the first woman to make her mark in the world of automobiles, the German Bertha Benz. Always a fervent supporter of her husband Karl Benz’s invention in designing the first motor car, Bertha Benz made the first long-distance car journey to prove that the vehicle was suitable for this purpose: she travelled 106 km, from Mannheim to Pforzheim, driving the Benz Patent Motorwagen Model III. 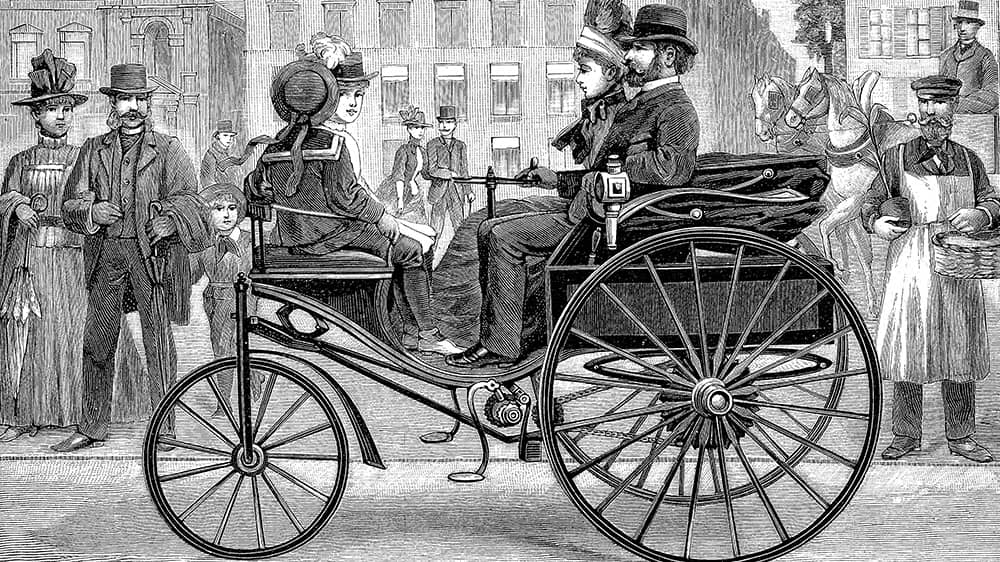 Inventions by women
Two other women took their place in the history of the motor car ten years later, this time in France where the vehicle was introduced through the efforts of Louise Sarazin who, after the death of her husband Edouard, directed the Daimler company. In 1898 the Duchess Anne D’Usez was the first woman both to obtain a driving license and to be fined for breaking the speed limit. In the 1920s she founded France’s first automobile club for women. From the very beginning of the history of the car there have been women ready to make their own mark on automotive design. It is thanks to Margaret Wilcox, for instance, who in 1893 patented a car heating system, that we can now travel in winter without freezing, and we owe the invention of windscreen wipers to Mary Anderson. This woman designed and patented the first mechanism after noticing a New York driver keeping his car windows open to clear the windscreen of rain.  Another woman who used her creativity to contribute to the fledgling industry was Florence Lawrence. Remembered and loved by the public above all as a film star (appearing in over 270 films), it was Lawrence who created the first braking and turning signals using a mechanical arm linked to a button. In 1906 the British woman Dorothy Levitt wrote a book offering advice to women about driving, suggesting that they use a mirror to check more quickly what was happening behind the vehicle. It was thanks to this book that the rear-view mirror was born, initially seen by industrialists as a female vanity device but becoming a successful invention in itself only ten years later.

Feminine style and intuition
The Franco-Russian Sonia Delaunay-Terk designed the first car with a unified sheet metal covering painted in the same colours as her clothes - an innovation later taken up by the Bauhaus constructivists. Other women turned their passion for motoring into a profession. In 20th Century England the first chauffeurs - professional female taxi drivers - began to establish themselves on the city streets, while Campbell von Laurentz was the first writer to focus on motoring by relating her experiences in the book "My Motor Milestones". Right from the outset cars were synonymous with freedom in women's collective imagination. In 1927 the twenty-four year-old Clärenore Stinnes went around the world in her Adler Standard, taking two years to do so and travelling nearly 47,000 kilometres; for Virginia Woolf too cars offered the possibility to broaden her view of the world, and she bought her own using the royalties from her novel “To the Lighthouse”. Women and cars have always been a winning combination, to the extent that the New York Times chose a self-portrait of the celebrated Mexican Art-Déco painter Tamara de Lempicka at the wheel of her Bugatti Verde as the symbol of the new motoring age, an age in which women emerged as leading players right from the start.