We discussed innovation, technology and storytelling with the great director and producer Steven Spielberg 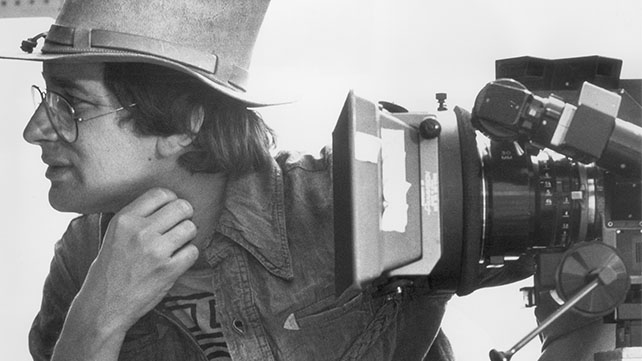 The great Steven Spielberg at 70: an important goal he will reach next December 18 (he was born in 1946). "I still feel 100%," the famous director/producer says. "I still love directing and have a fire in my belly and a need for work every single day of the week, and twice on Sunday!"
His last film, the spy-thriller "Bridge of Spies", was nominated this year as best movie at the Academy Awards, another acclaimed work for the two times Oscar winner Spielberg (for "Shindler's List" and "Saving Private Ryan"), his 36th feature-length movie since his first, "Duel" in 1971, and his fourth production with his good friend, Tom Hanks.
When we met him, the tireless Spielberg was busy on the post-production of "The Big Friendly Giant" (or "The BFG"), based on Roal Dahl's. Plus he's developing a wide array of projects soon to come (as a director and/or a producer), including a fifth "Indiana Jones", a new "Tintin Adventure", "Gremlins" and "Transformers", supervising the next "Jurassic World" and so on.  As always he is very busy with his Shoah Foundation (dedicated to the memory of victims of the Holocaust and their survivors), but mainly Spielberg thinks about the future. His future as an artist, a filmmaker, a technology "user" and a pioneer, with a keen sensibility for history and tradition.

During our meeting at the Ritz Carlton Hotel in New York last December, Spielberg mused about the new paths and shapes film is taking on today. "I think that the Internet is going to effect the most profound change on the entertainment industries combined," he says with his clear and slightly nasal voice, and his elegant elocution that reminds one of a college professor more than "just" a director. "We're all going be tuning into the most popular Internet show in the world, which will be coming from some place, say,  in Des Moines. We're all going to lose our jobs. We're all gonna be on the Internet trying to find an audience."
Is Spielberg pessimistic about the future of theatrical film as we know it? "No, I'm never a pessimist," he retorts. "The older I get, the more I look at movies as a moving miracle. Audiences are harder to please if you're just giving them special effects, but they're easy to please if it's a good story. I myself am [as] guilty as anyone for the creation of the movie as a blockbuster."

As a matter of fact, Spielberg helped to herald the digital era with Jurassic Park in 1993. The difference between making Jaws in 1975 and War of the Worlds (2005), is that today anything a filmmaker can imagine, can be realised on film.
"When my mechanical shark in 'Jaws' was being repaired and I had to shoot something, I had to make the water scary," Spielberg says. "I relied on the audience's imagination, aided by where I put the camera. Today, it would be a digital shark. It would cost a hell of a lot more, but never break down. As a result, I probably would have used it four times as much, which would have made the film four times less scary. Jaws is scary because of what you don't see, not because of what you do. We need to bring the audience back into partnership with storytelling."

Spielberg still loves celluloid, the feel of 35mm as opposed to digital filmmaking, but he has had to adapt and make the best of it. "I've learned that we can do just about anything under the sun with computers," he says. "So the question becomes, should we? Or, should we remind ourselves, as filmmakers, to be careful and remember that there is nothing more important than how a story is told? If storytelling becomes a byproduct of the digital revolution, then the medium itself is corrupted."

On the other hand, if digital tools are simply a way of enhancing a conventional story, then they can make telling that story easier. We could cut out Humphrey Bogart and replace him with Vin Diesel, if somebody wanted? we ask.  "Who would want to?" Spielberg replies. "Well, there might be people who would. That's why we have to be careful. Movies reflect our cultural heritage from the period in time in which they were made. Therefore, altering them can destroy that historical perspective. That's disrespectful of history, which is a big issue for me. The situation is like walking a tightrope - we have to move forward, but we have to be careful."

We ask Spielberg about what he said a couple of years ago regarding the risk that the film industry could implode. Is he still thinking the same? "No, I never predicted an implosion of the film industry," he replies patiently. "I simply said that a lot of the superhero movies are going to stop doing business, because I don’t believe that the superhero genre has the legs or the longevity [of] the Western genre.  I simply felt that there was so much money being spent on big tent-pole, superhero movies, and I wasn’t hoping that they were going to fail, but I was just saying that audiences at some point are going to start asking for different voices, different points of view, big concepts for them to take their families to."
We then talk about the future of cinema. "I think cinema is going to tailor itself to the individual audience, as I was saying earlier about [the] Internet," he says. "Cinema is going to cater to the individual consumer. Meaning that there’s going to be something for everybody.  There are so many different ways that we are getting our entertainment today, it’s not just on the big screen and it’s not just on the TV screen, it’s on the iWatch, it’s on the Samsung, it’s on the iPhone. And it’s in the form of Snapchat and it’s in the form of just every single four second video, it’s a form of self-expression, it’s a form of art and there is an audience for it. And we have to be prepared for entertainment coming at us in many different shapes and genres.  So it’s not just television you celebrate and it’s not just movies, but it’s all this free expression coming from young people all over the world that are trying to tell their stories in a couple of minutes or even twenty minutes or even four minutes. So, you just have to be open to that in the future. Will I be there by then? I don't know, but I'm not scared of anything. I embrace change. Always did, always will"

life
MOST READ
Ferrari to read about:
here are all the books about the “rosse”

As one of the most famous brands in the...

A new simulator at the Pirelli Research...

Revealed: the best
rally driver of all time

Who’s the greatest driver in the history of...