The Pirelli Calendar has become a pop culture phenomenon, with each year’s images going globally viral the moment they are released. Conceived in 1963 (though publication was paused for 10 years in 1974 due to the recession), the Pirelli calendar has morphed and evolved in accordance to cultural wefts. To dismiss it as a collection of ‘pin-ups’ would be to misunderstand its role and its weight. 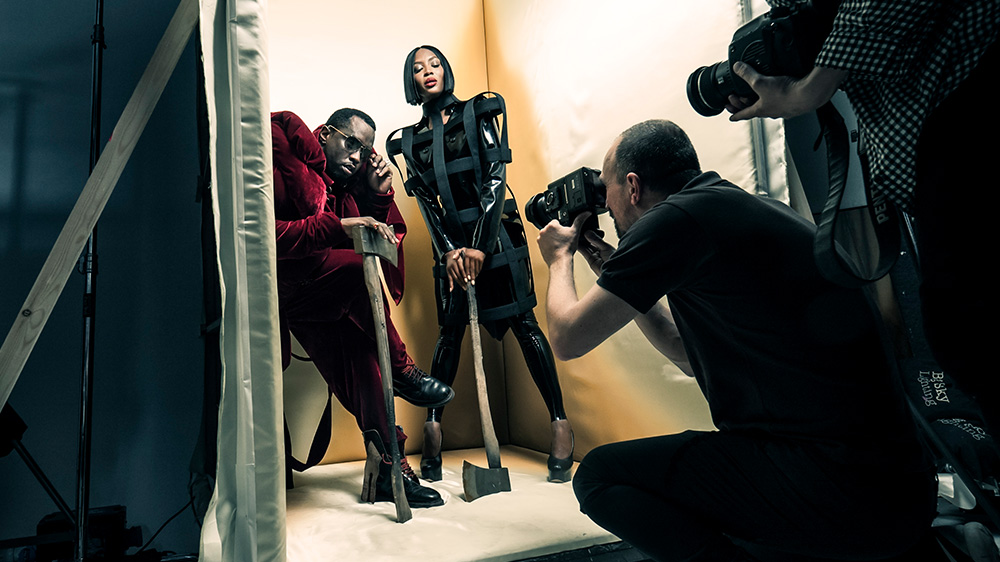 For the calendar is as much known for its collection of undressed supermodel subjects (Gisele Bundchen, Natalia Vodianova, Sophia Loren and Cindy Crawford, to name a mere few) as it is the photographic heavyweights harnessed in order to provide their own truly original, unique vision. It is this photographic individuality that eliminates any stagnancy and keeps each year creatively fresh. Norman Parkinson, Richard Avedon and Bruce Weber have all lent their talents, with the photographers operating in the noughties offering a particularly zeitgeisty and forward-thinking vision of society.

The earlier years of Pirelli saw the world’s most famous photographers unite with the world’s most beautiful supermodels. Those images, less radical by today’s standards, are still enduring: Kate Moss, naked on a beach in the Bahamas, shot by Herb Ritts in 1994; Naomi Campbell, nude and covered in gold leaf, shot by Richard Avedon in 1995. Like an editorial pulled out of the world’s best magazine, the calendar was never crude, or crass – it was considered the ultimate anthology of female beauty, about as far away from your typical lads’ calendar as physically possible. But change, of course, was afoot – and it is this willingness to adapt that remains Pirelli’s secret weapon.

“Part of the reason the Pirelli Calendar has remained such an institution is Pirelli’s willingness to morph and adapt with the time,” explains the journalist and author of Fashion Together, Lou Stoppard. In 2004, photographer Nick Knight and art director Peter Saville were given carte blanche to shift the focus from men's desires to those of women. They conducted fourteen conversations with eminent women, and then Knight constructed narratives for each month based on their most intimate sexual fantasies. The specific author of each was a secret. It's these twists on the calendar concept that keep the calendar relevant.

In 2013, another chapter of Pirelli’s history was born, with war photographer Steve McCurry celebrating the calendar’s 40-year birthday with a collection of photographs shot exclusively in Rio de Janeiro. Models were clothed – some were bonafide models like Adriana Lima and Karlie Kloss, whilst others were inhabitants of Rio, known as cariocas - and every single one, models or non-models regardless, had started her own charity. This social activism has continued ever since to reflect a world in which being ‘woke’ is not enough – you must be active.

For Elizabeth Paton, writer for The New York Times, the 2016 calendar was a key year in Pirelli’s legacy. Shot by Annie Leibovitz, the unretouched black and white studio portraits depicted game-changing women in their respective fields, including Yoko Ono and Patti Smith. Only two women appeared in their underwear and Amy Schumer’s real body was famously left unretouched. Leibovitz was the first woman to shoot the calendar in 25 years (notwithstanding Inez & Vinoodh). Of course, there was controversy – as there always is when women who are not traditionally photographed nude are, well, photographed nude.

“Major public conversations on diversity and feminism have been provoked by Leibovitz’s calendar,” explains Paton. “Pirelli is now establishing itself as a leader among business peers in committing itself to bringing about positive social change via advertising campaigns. Pirelli is engaging with the changing world around us, rather than just sitting on the comfortable laurels of its legacy. It is a boardroom strategy as daring as the artistic vision of many of the photographers we are now seeing in its calendar pages. Leibovitz’s calendar”, Paton concludes, was a collection of photographs focused “not on prurience, but pride.”

Pride and a dash of magic formulated the vision for the now editor of British Vogue, Edward Enninful, who teamed up with photographer Tim Walker for the 2018 Calendar. A powerful re-telling of Alice’s Adventures in Wonderland, the calendar features an all-black cast, including Hollywood actresses Whoopi Goldberg and Lupita Nyong’o, and music mogul, Sean Combs. Though let it be noted that diversity is nothing new for Pirelli – this was the second time the calendar had featured an all-black cast, with supermodel Naomi Campbell appearing in the first one, in 1987 and the second, thirty-one years later.

Pirelli may have begun as a homage to world-famous beautiful women, but it has long segued into a destination for impactful storytelling and progressive thinking. And for that reason, it’s culture resonance will only continue to endure.

Pandora Sykes is a journalist and broadcaster from London. Former Fashion Features Editor and Wardrobe Mistress at The Sunday Times and now a Contributing Editor at Man Repeller, Pandora has written about fashion, pop culture, social commentary and conducted celebrity interviews for The Telegraph, Vogue Australia, Net-a-Porter's The Edit, The Cut, The Guardian, Red Magazine and more. Co-host of weekly news and pop-culture podcast, The High Low, Pandora has spoken on panels about everything from selfie-taking to the evolution of language in the social media age.