The Pirelli Calendar, in New York, has renewed itself once again celebrating the legends, dreams and contradictions of a world to which it belongs and is the most authoritative witness

If we've become accustomed to thinking of the United States as the land of basic style consisting of blue jeans and a T-shirt, of France as the home of fashion maisons and haute couture, of Britain as the place of great creative designers and youth movements, and of Italy as the manufacturing hub that creates and produces for everyone, it appears obsolete, however, to think that there is something called American, French, British, or Italian fashion. We must surrender to the evidence of a bigger picture and the fact that the most important differences are on a greater scale. Today fashion is distinguished by its markets: Europe, America and Asia. 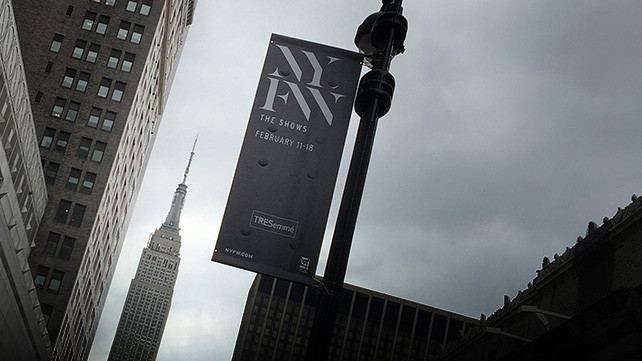 Even if a national style no longer exists, it is still possible to speak of a different approach to fashion and especially a tradition that still plays a role in various fashion capitals, resisting the trends that standardize markets. There is a great difference, in fact, that depends upon the place where one works, such as Paris, which is the undisputed capital of internationalism meanwhile New York, the world's media capital, has become a capital of culture and the image.
New York has intelligently invested in culture, and not in a static, academic or theoretical way. It has intelligently cultivated a cultural subsoil born from its history, differences, contrasts and its great capacity for acceptance and hospitality. Perhaps New York is not considered on the same level as other fashion capitals such as Paris, London and Milan, but it indubitably plays a definite role in the image of fashion. Cultural and artistic movements born in New York have been able to establish a large-scale dialog with the entire world. French, British and Italian brands – while designed and produced in Europe – rely on creative Americans or people of other nationalities who work in America, especially in New York, to present their creations to the world.
New York is home to a culture tied to the image of fashion. It is a school – an artisan workshop like in 15th century Florence – that produces talents who work worldwide with major brands. Many love to say that American culture – especially in New York – arrives from the street. These mass phenomena are born here, and by the time they are identified, they are already present in reality and the lifestyle. They are widespread and, for certain aspects, they are consolidated and already functioning. This is behind the power and rapidity with which these phenomena spread with a high level of acceptance on an international scale.
The presence of the Pirelli Calendar in this context is not casual. Since the eighties, the project has involved several New York artists. Moreover, its participation at New York Fashion Week 2016 places the Calendar, in a critical sense, in its own environment, amongst the people who are protagonists of the image in a world that creates constant innovation in the fields of fashion and photography and decides everything that is trendy.
By arriving in the great space of a post-industrial hangar like the Skylight at Moynihan Station, the Pirelli Calendar, now a prestigious cult object, has knowingly abandoned its museum-like context of recognized emphasis.
The Calendar is at home here because it is born each year, created by the stellar protagonists of contemporary visual culture who create the most influential advertising campaigns. It is through their experience and knowledge of today's world that they consign to history a project of images that goes beyond any fashion fad, but is a witness of the times more than any other communication product because it presents itself without compromise to the market and commerce.
The great photographers of this exhibit – from Richard Avedon, Herb Ritts, Bruce Weber and Annie Leibovitz to Peter Beard, Steve McCurry and Terry Richardson, as well as foreign talents such as Patrick Demarchellier and Peter Lindbergh, Mario Sorrenti and Mert Alas & Marcus Piggott, Mario Testino and Inez van Lamsweerde & Vinoodh Matadin who work in New York in a professional environment that is a place of creative experimentation and innovation – are presenting their "iconographies" once again to the public and industry professionals. Today these images represent an absolute vision of fashion and beauty. Despite the obvious diversity in photographic styles, compositional approaches, and portrait techniques, they achieve a perfection of the photographic language that, in relation to each one's style and time, can be considered classic.
In the New York exhibition of the Pirelli Calendar, the images find further meaning and independent artistic value, which is possible due to the strong creative freedom left to the authors. The project, which originated in the United Kingdom in the early sixties, now considered New York to be the place where creative experimentation has acquired new momentum and recovered the energy of the founding fathers in London who at the time created innovation in fashion and advertising.
The Pirelli Calendar, in the new setting of New York Fashion Week, has renewed itself, once again celebrating the legends, dreams and contradictions of a world to which it belongs and is the most authoritative witness.