From Italy to The New York Times and the Telegraph, and from El Pais to O Globo. The reaction to The Cal™ 2017

Revolutionary, provocative, fashionable and intellectual. For the world's press, the launch of the Pirelli Calendar is still one of the most highly anticipated events of the year in the world of art and fashion. TV, radio, newspapers, magazines and online portals always dedicate ample space to the particular point of view put forward by the Pirelli Calendar through its photographer, this year the German Peter Lindbergh. 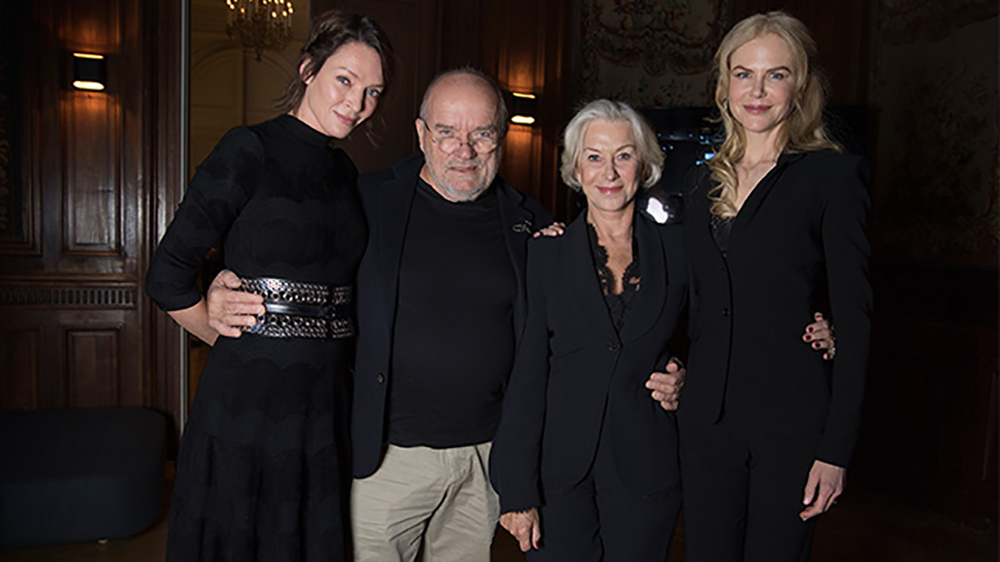 And it was no different for the launch of the 2017 Pirelli Calendar, presented in Paris, which received worldwide media coverage, with countless articles and reports dedicated to the photographer and stars of the latest edition.

Many of the biggest American and British publications covered the launch of the Pirelli Calendar, including The New York Times, CNN, The Guardian, Vogue US, Time, The Daily Mail, The Telegraph, The Sun and The Independent, not only featuring the photos and videos from the shots of the calendar, but also explaining the concept encapsulated in its title, "Emotional", at the centre of The Cal™ 2017. For Vogue UK, for example, the objective was to “to emphasise how the idea behind his photos was to create a calendar not around perfect bodies, but on sensitivity and emotion, stripping down to the very soul of the sitters, who thus become more nude than naked.”

The New York Times left it to Peter Lindberg himself to explain the project:  “We see all these people today who all want to be perfect and young. My thought was, ‘Why don’t we do a calendar with women ready to go without much makeup, to be as they are?’ For me, beauty is someone who can say yes to herself.”

In Italy, all of the newspapers gave the announcement full coverage: "The nudity of emotion" (Corriere della Sera); "The Cal™, timeless sensuality" (La Repubblica); "Pirelli Calendar 2017: Kidman and her sisters, beauty without makeup” (La Stampa), also reserving high praise for the photographic talent on display. La Stampa ("Finally free from the slavery of perfection") and Qn (“My name is Nicole, perfection doesn't interest me”) publishing amongst other things an interview with the Australian-American actress who attended the press conference. All of the main Italian TV news stations also gave it full coverage, including TG1, TG5, TG2, Sky, TG4 and Studio Aperto.

“The Cal™ drops perfection and lays its talent bare" declared the evening edition of TG1, faultlessly interpreting the true meaning of The Cal™ 2017, described by TG5 as a piece of art made from "40 black and white photographs showing that beauty, real beauty, has nothing to do with architecture of the face, but is something quite different. It's the sensitivity, charm and empathy the person transmits."

In Germany, the two biggest newspapers, the Frankfurter Allgemeine and Handesblatt published the story with the spotlight on Peter Lindbergh, while the Spanish newspaper El Pais dedicated its headline to "real" women with "imperfections". "A calendar of reality, without nudes. 'Photographers have to liberate women from the terror of perfection', said Lindbergh". In France GQ, The Huffington Post and Paris Match reported the words of Peter Lindbergh on beauty: "I thought it was important to remind everybody that there is a different beauty, more real, more authentic and not manipulated by advertising or anything else. A beauty that describes individuality, the courage to be ourselves, sensitivity."

The online edition of the biggest Russian newspaper Vedomosti emphasised the presence of the Russian professor Anastasia Ignatova, as did the websites of Rbc and Ria.

The excitement of the Pirelli Calendar was also felt in South America, particularly in Brazil, where its launch was favourably received by various online reports, including O Globo, which in its article “Julianne Moore, Nicole Kidman and others pose for the 2017 Pirelli Calendar”, published a photogallery of the best shots from the calendar.

An interview with Peter Lindbergh