Young Russian artist Pokras Lampas has been chosen to illustrate Pirelli’s Annual Report 2015. The theme? ‘Every mark is unique’

Home life The art of leaving a mark

‘Every mark is unique’: every imprint, every sign is one of a kind: this is the theme of Pirelli’s Annual Report 2015. Young Russian artist Pokras Lampas was chosen to illustrate it. Lampas is best known for his work in ‘modern calligraphy’, a style that merges the ancient art of calligraphy with street art. In line with the calligraphic tradition, in modern calligraphy each letter and word is traced with a unique gesture, which can never be repeated. To further highlight this particular aspect, Lampas’ writing is laid on top of large reproductions of real human fingerprints – each different from the other – to produce twelve canvasses that sum up the personalities of as many celebrities, employees and common people linked to the Pirelli world and keen to express their thoughts on the matter of ‘leaving a mark’. 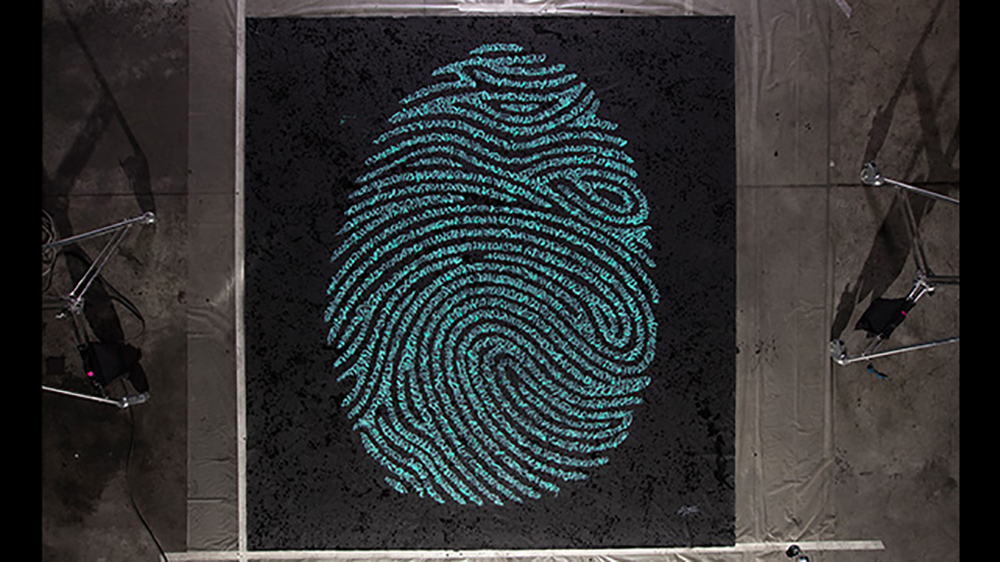 FC Inter vice-president Javier Zanetti is among them: ‘I’d like to leave my mark as an example of honesty and straightforwardness – both as a sportsman and a family man. Through football I have discovered many values that I’d like to pass onto the next generation: sacrifice, the will to overcome your limits and never give up. Huevos siempre!’ Composer Giovanni Allevi, chimed in, ‘After years of playing live and writing music, I still believe that being loved is what matters the most. Love is the only mysterious force that can truly leave an indelible, unattainable mark in our lives.’

Model and actress Eva Herzigova pays tribute to everyone who has helped her along during her long and successful career: ‘My mark is a mark of thank you: a heartfelt thank you to all the talented photographers, hairdressers, make-up artists, fashion editors, stylists, magazines, fashion brands, designers and companies, directors and post-production teams, my fans, my friends and above all my family, for always believing in me through the years. Thank you for the great times and the many extraordinary pictures through which you have allowed me to tell the story of the small part I have been lucky to play in the fashion world: THANK YOU!’

It isn’t the first time Pirelli has teamed up with an artist to deliver its end of year report: before this year’s collaboration with Lampas, photographers, illustrators, comic book artists, writers and other street artist have preceded him. Since 2010 the company has called upon numerous personalities of the art and culture world to contribute to its report, turning a simple annual appraisal into a collectible object: a project known for its artistic flair, evolving in its shape and nature year after year.

The 2010 report anthologised photographs from new talents studying at NABA, one of the most prestigious art schools in Milan. The following year, the report was illustrated by Stefan Glerum, and included essays by philosopher Hans Magnus Enzensberg and writers Guillermo Martinez, William Least Heat-Moon and Javier Cercas.

The 2012 Annual Report stood out thanks to the inclusion of comic strips by Liza Donnelly, one of the most established New Yorker cartoonists, earning a Certificate of Typographic Excellence from the Type Directors Club in New York. The following year, ten young international talents from different subject areas, such as physics, singing, architecture and fine dining, explored their personal notion of the wheel, ‘reinventing’ it according to their field expertise and under the supervision of writer and screenwriter Hanif Kureishi.

Finally, three street artists contributed to last year’s Report: Marina Zumi from Brasil, Dome from Germany and Alexey Luka from Russia. They told the story of the Pirelli tyres through three separate pieces, assembled into one: a 5-metre tall pyramidal platform, with three faces measuring 20sq metres, which was exhibited in the Pirelli Hangar Bicocca.