Take me out to the Ballgame

How did the Los Angeles Dodgers team begin? Read on for the historic journey of one of the world’s favorite teams…

Home life Take me out to the Ballgame

Take me out to the Ballgame

Team Power
Since 2014, Pirelli has been proud to call The Los Angeles Dodgers “our team”, as a partner of the storied baseball team that is revered not just in the City of Angels, but nation and world-wide. As the second most valuable Major League Baseball franchise in 2017 according to Forbes, the Dodgers counts millions of global fans and its home stadium alone is one of the most Instagrammed locations in the world (5th overall in 2015). In 2017, Dodger Stadium was in fact the number one geotagged sports venue on Instagram globally and led the league in home game attendance with over 3.7 million people.

Naturally, the long P is proud to be associated with such a passionate, historic team in the Dodgers – as its history and achievements mirror Pirelli’s dedication to ultra-high performance and sporting glory – in motorsports as well as soccer, cycling, skiing and sailing.

Taking a trip down memory ‘ballpark’
It may be a surprise to know that the Dodgers team was originally borne, not in Los Angeles, but in the heart of Brooklyn, New York in the 1880s. “Trolley Dodgers” was the team’s first official name, thanks to the complex maze of trolley cars that weaved their way through the Brooklyn borough. In 1932, “Trolley Dodgers” became “Dodgers” and the team’s official nickname from that point on. However the team enjoyed many other nicknames in those early years – Grays, Bridegrooms, Ward’s Wonders, Foutz’s Filles, Superbas and Robins to name a few!

In 1938, the iconic Dodgers blue font was first seen on the chest areas of the home uniform and has been a recognizable calling card for the team ever since. This was one year after a short experiment with a green Dodgers font on the uniform.

After 74 years earning their stripes in Brooklyn, the Dodgers finally moved to Los Angeles city before the start of the 1958 season, which has been its sunny home ever since.

Thus since joining the National League in 1890, the Dodgers have been thrilling baseball fans with colorful plays and stars on both coasts for over a century. From Ebbets Field in Brooklyn to Dodger Stadium in Los Angeles, the Dodgers team has become a cult entity and adored home team. 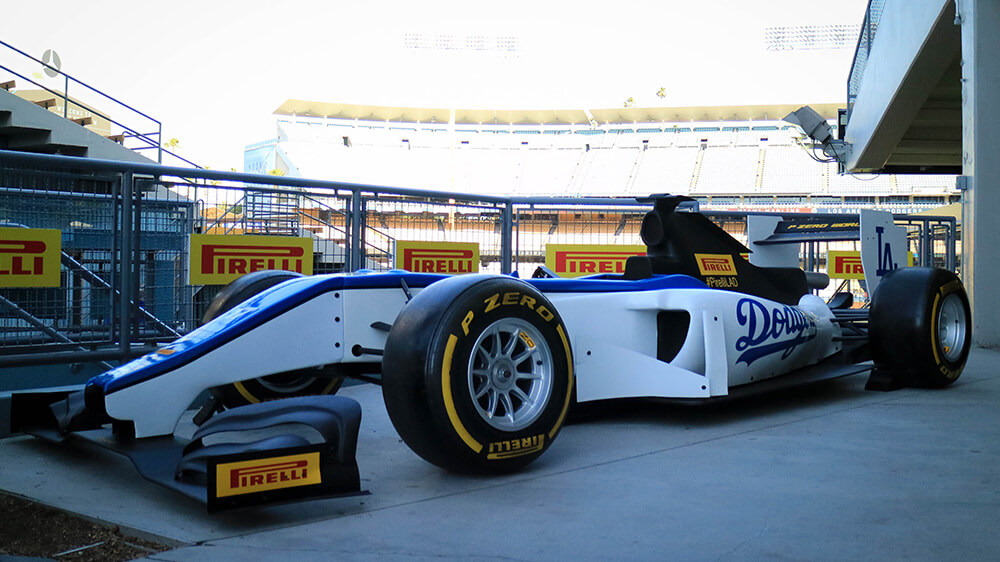 Dodgers success
In 1978, the Dodgers became the first Major League franchise to attract more than 3 million fans in a season – a feat accomplished six more times before any other team even achieved this figure once.

The Dodgers team today
In 2017, the Dodgers had one of its best seasons in years, rewarding their fans with 57 home game wins and 104 game wins overall to make a historic return to the World Series Finals, where they came within one game of clinching the title. The Dodgers also celebrated one of its greats in 2017 – Hall of Famer Jackie Robinson – with its first statue in stadium history (of Robinson sliding into home plate).  This ceremony marked the 70th anniversary of Robinson as the first African-American to play in a Major League team since making his Brooklyn Dodgers debut at Ebbets Field on April 15, 1947.

Throughout the season, the Dodgers also have designated ‘Bobblehead ‘promotional night for fans, where some 40,000 fans have the chance to receive a figurine (or bobblehead as they are known) of legendary Dodgers players – past and present.

Thus clearly the Dodgers spirit is still going strong, drawing on its rich history of passion, diversity and grit; coupled with incredible teamwork and a dedication to excellence in its sport.

Sharing these attributes and as a sponsor, Pirelli is proudly showing its yellow long P in the Dodgers stadium amongst the sea of ‘Dodgers blue’ fans. Pirelli took this a step further recently in creating a custom Dodgers branded Formula 1 car that was exhibited at Dodgers Stadium for fans to enjoy. This aimed to creatively link Pirelli’s motorsports innovation as the exclusive supplier to Formula 1 with its support of the Dodgers team, and therefore by association, Los Angeles culture.

So as the famous baseball jingle goes, “Take me out to the ballgame”, we’ll be cheering!

Welcome to the Industrial Internet of Things

How does an Ivy League college communicate in the digital era?