Pirelli has always aimed to be more than just a tyre manufacturer. Over the decades, the rubber industry has used multiple languages - graphics, cinema, literature - to get its message across, and art has been part of Pirelli's own DNA since its foundation in 1872. It was 2010 when Pirelli, taking inspiration from the many times in the past when it used original means of expression, decided to include a much broader narration of its world in its annual report. Creative people of international renown have been narrating the concepts of reliability, speed, technology, flexibility for more than a century. 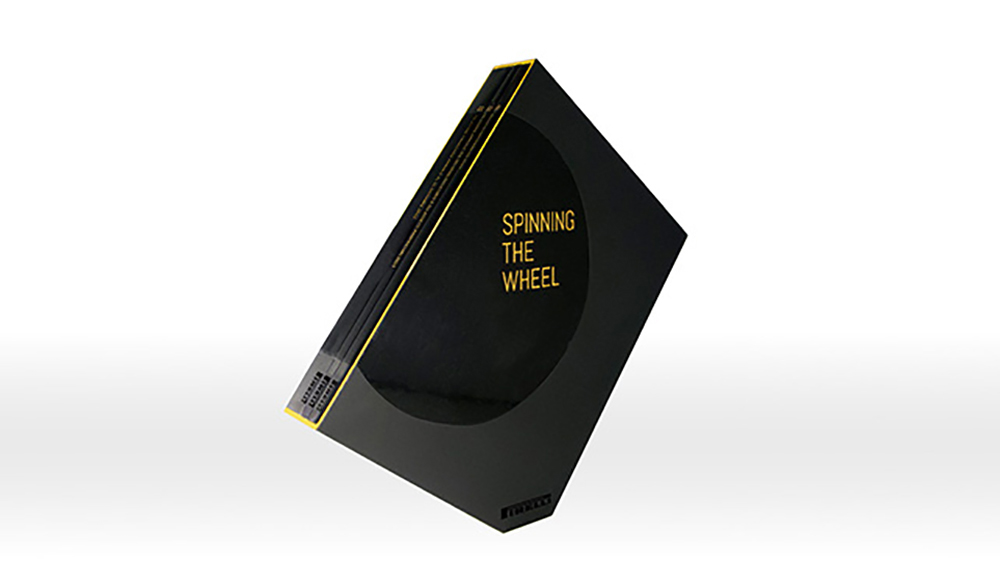 Keeping this tradition alive, Pirelli turned its annual report into a treasure chest not just of numbers but brimming with the very essence of the company, presenting the "soul" of  the tyres and the scope of the business in a project that offered more than just mere financial insights. All of this was done in a highly innovative way, the idea entrusted to emerging, young professionals coordinated each year by a selection of artists of international renown.

"Spinning the Wheel" in 2013 was one such project. Ten young, international  talents, coordinated by novelist and screenwriter Hanif Kureishi, worked on the idea of the wheel. They each tried to "reinvent" it, assigning it new features and new attributes. A capacity for innovation, along with creativity, intuition and passion, all emerge in this project, curated by Milan-based agency Cacao Design. Talent in a specific field was the common theme: from physics to music, architecture to cookery, different perspectives were applied to the wheel, changing its shape as stories were told and talents narrated between the pages of Pirelli's 2013 Annual Report.

The only Italian report to receive platinum status, Pirelli's 2013 Annual Report was featured on the Graphis website and in its Annual, two major reference points for the complex annual report design world. The judges, among the world's most influential Annual Report designers, rewarded Pirelli's report for its distinctive graphics and original design: 365 days in the life of Pirelli are told in a book that sits at a 45 degree tilt, giving body and movement to the contents within it.

Before the Graphis award, Spinning the Wheel had already received three other prestigious design and graphics acknowledgements:  the Gold Trophy Award, one of the highest levels of recognition in the International Design Awards (IDA), third prize in the Annual Reports category of the European Design Awards and inclusion in the ADI Designex Index, the annual listing of the ADI Association for industrial design. The medal received for the 2013 Annual Report project is further testament of the quality of Cacao Design's work and recognition of the agency's merit in inventing a profoundly evocative new metaphor for the wheel.

Pirelli has further reinforced its place in the industry as an innovator, something which has always distinguished its products and the methods of communication accompanying them. The “Spinning the Wheel” success proves yet another point: whether it's text or numbers being narrated, storytelling is always an art.