50 million tires produced: these are the numbers of the tire record-breaking production of the modern and innovative factory of Slatina

The Pirelli factory in Slatina in Romania, which started production in 2006, reached the record-breaking total of 50 million tyres produced last August. The industrial complex, situated in the Olt province, is one of the world’s most modern plants for the manufacturing of high-performance tyres. It has the best equipment available on the market, upgraded with process innovations patented by Pirelli. In addition to Pirelli tyre’s most modern non-robotised technologies, it also employs the most sophisticated control and management systems. Production from the Romanian plant is primarily focused on premium segment tyres (Winter, UHP Winter, High-Performance, Ultra-High-Performance, runflat and SUV) and supplies not only the replacement market but also the most prestigious European car manufacturers in the original equipment market. 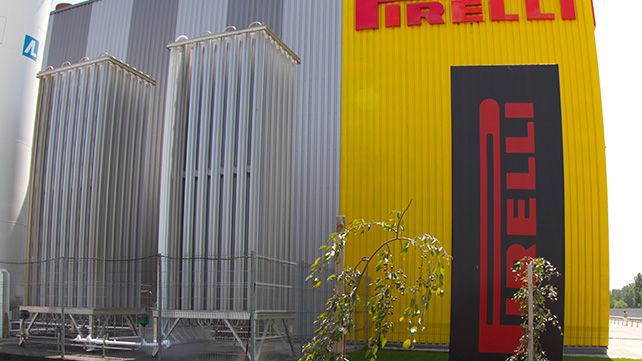 This manufacturing process is also the result of an industrial policy that, in previous years, has involved investments and expansion of the tyre factory to pursue the goal of increasing its productive capacity and, consequently, to improve the overall competitiveness of Pirelli's European industrial base. In the decade from 2005 to 2014, Pirelli made industrial investments in Romania totalling 450 million euro, also focused on developing scientific research, professional training and social initiatives in the country.

For Pirelli, Romania represents a major market from which to meet demand not only locally  but also in the emerging markets of Eastern Europe, through high-quality manufacturing processes and products. In fact, in addition to its industrial activities here, it has established a platform of logistics, IT and sales services to support its expansion into Eastern Europe.

Pirelli's industrial presence in Romania is complemented by various joint research projects with the University of Bucharest and the University of Craiova and its commitment to numerous social and cultural activities, such as the project to disseminate Italian culture in Slatina, supporting the collaboration between Milan's Niguarda Hospital the hospital in Slatina and, in collaboration with Inter Milan, the InterCampus, dedicated to the children of the city.

Today, with 20 plants in 14 countries, Pirelli has a manufacturing presence in five continents with a capacity of 72 million Consumer units (Cars and Motorcycles), and 6.3 million Industrial units (Truck and Agricultural). 100 percent of Industrial output and 78% of Consumer output is produced in countries with high growth and a competitive cost base. For the Consumer Business, this share is set to increase, reaching 80% in 2017 due to increased capacity in Russia, Mexico, Romania and China.

SUV tyres production: the primacy is in Rome, Georgia