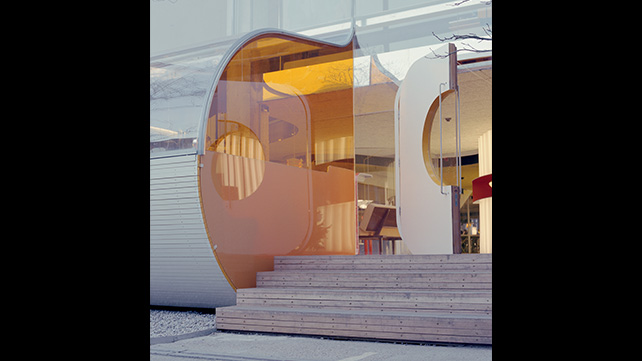 “We’re at Brick Lane because we didn’t just want to be about technology, we wanted to be where fashion meets design, meets art, meets finance, meets tech,” says Silva, sipping his drink in Nude Espresso. “We shouldn’t try to become Palo Alto [in Silicon Valley] because Palo Alto is a monoculture. It’s actually quite a boring place… One thing that is so exciting — I think it’s unique to this moment of history — is that big companies want to be next to small ones, to be close to innovation.” This is how Rohan Silva summed up the Second Home project, which he cofounded with Sam Aldenton,  in a recent interview with the Financial Times.

One thing that is so exciting is that big companies want to be next to small ones, to be close to innovation

Silva is regarded as one of the world’s most innovative personalities. The London inception of Tech City – Europe's most convincing answer to Silicon Valley, along with Berlin – owes much to his role as a consultant for the British government. It is again thanks to Silva that Google chose London as the location for its first European campus.

Second Home is the spatial embodiment of a new work rationale, which, according to Silva and other current thinkers, will constitute the business model of the future. Designed by Spanish architectural partnership SelgasCano, Second Home measures over 75,000 square feet, slap bang in the middle of Brick Lane, a post-industrial area long turned into the hotbed of London’s creative industry.

It hosts a selected number of businesses, from the online marketing agency that curated Barack Obama’s election campaign, to an online dating start-up, as well as a number of large venture capital firms. Though ranging in size from great to small, all the companies here share a common agenda, geared towards innovation and collaboration, for a new business model grounded in the cross-contamination of ideas. The Second Home project aims at a whole that is greater than the sum of its parts; here, a cup of coffee in the communal café might lead to a ground breaking new idea. Creatives of the future: make yourselves at home.

Redefining architecture
and its relationship
with nature