The Pirelli plant in Slatina, Romania, has in its 10 year history always embodied the Group’s technological and manufacturing excellence, producing more than 60 million tyres, focused on the Premium segment, over the decade and becoming a key part of the group’s international operations

This proficiency culminated in 2016 with the opening of a Formula 1® tyre production facility alongside the traditional factory, making the whole operation a true high-tech industry hub. 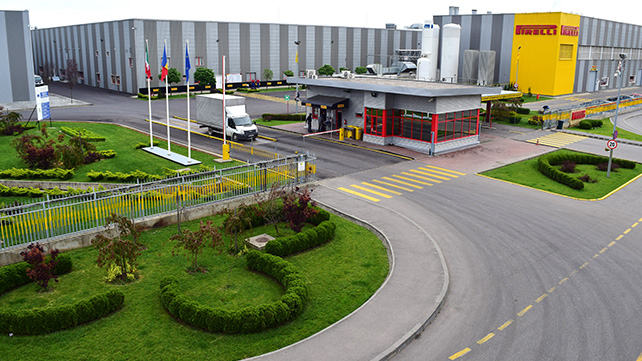 The plant’s achievements and regional importance were formally acknowledged by Romania’s prime minister Dacian Ciolos, who personally participated in the 10th anniversary celebrations at the factory on September 30, 2016. He headed a government delegation which included the ministers for finance and labor. On the occasion Pirelli’s executive vice chairman and CEO Marco Tronchetti Provera also announced further investments in Slatina of around 200 million euro through 2021.

The Pirelli plant employs 3,350 people directly as well as providing work to over 500 outside contractors based in Slatina and an additional 200 plus outside the town. In total, more than 15,000 people are engaged either directly or indirectly by the operation making it a cornerstone of the local economy and community.  Beyond its fundamental role as a good employer, the company is fully involved with life outside the factory limits through a number of social initiatives. These include facilitating a cooperation programme between Slatina’s hospital and Milan Niguarda hospital, as well as a relative breast cancer prevention initiative.  Pirelli also sponsors Intercampus Slatina, giving the town’s youngsters the possibility of receiving high level soccer coaching and, as well as the obvious athletic and health benefits, also the social skills that come from participating in structured team sports. There is also a child safety programme and parenting courses and, on the more cultural side, Pirelli Theatre Days.

An essential part of being a good member of the community is attention to sustainability and the environment. In this regards, Pirelli’s Slatina plant is exemplary. Over 60% of the tyres produced here are of the environmentally friendly “Green Performance” range and, in terms of manufacturing processes, over 97% of waste is no recovered.  Worker well-being is a priority, as it is throughout the group, and the level of accidents in Slatina has been reduced to 0.03 for every 100,000 working hours while each employee receives an average of 13 training days per year.

Slatina is a town of almost 80,000 inhabitants which, located amid a setting of green fields and agricultural activity, was established 650 years ago and has had an important cultural role in the region. At the beginning of the twentieth century it was a small provincial borough on the banks of the Olt River between Gradiste hill and what is known today as the new town. It still retains many buildings from that period like the Grand Hotel Royal School for Girls, Ionaşcu Cathedral, Caddy and 50 other historic buildings listed by UNESCO.

The city also produced some important 20th century cultural figures. Perhaps the best known of them being  Eugen Ionescu, the world famous writer and creator of avant-garde theatre.