The first pictures illustrating the work behind the scenes of the upcoming Pirelli Calendar by Peter Lindbergh have just been published. With the participation of a Hollywood cast

For Vogue America, the world-wide fashion bible: "The Pirelli Calendar has come a long way. It has introduced a new way of teasing". For the English newspaper, The Independent: "Pirelli puts talent on show instead of just showing off flesh". And again, the French Le Figarò talked of: "A tribute to Hollywood by Pirelli"; and the Germans of InStyle describe "A completely unprecedented and astonishing The Cal™". In short, the international press has promoted Peter Lindbergh's new work for the Pirelli 2017 Calendar.

The presentation scheduled for 29th November remains top secret, but the pictures taken during the backstage production have revealed the Hollywood cast picked by the German master to represent his idea of femininity that overcomes the classic stereotypes of beauty: fourteen major actresses from the international film industry, including six Oscar award winners, and a special guest, caught on camera in five locations: London, New York, Berlin, Los Angeles and the French beach in Le Touquet. The shooting to produce the photographic portfolio took four weeks, with the following stars posing before Lindbergh's lens: Alicia Vikander, Nicole Kidman, Zhang Ziyi, Julianne Moore, Uma Thurman, Rooney Mara, Robin Wright, Jessica Chastain, Kate Winslet, Penelope Cruz Sanchez, Lupita Amondi Nyong’o, Charlotte Rampling, Helen Mirren, Lea Seydoux; and a special guest, the entrepreneur and university lecturer Anastasia Ignatova, whom the photographer met at a dinner in 2015 and whom he asked to take part in the project after being struck by her face and outstanding beauty. 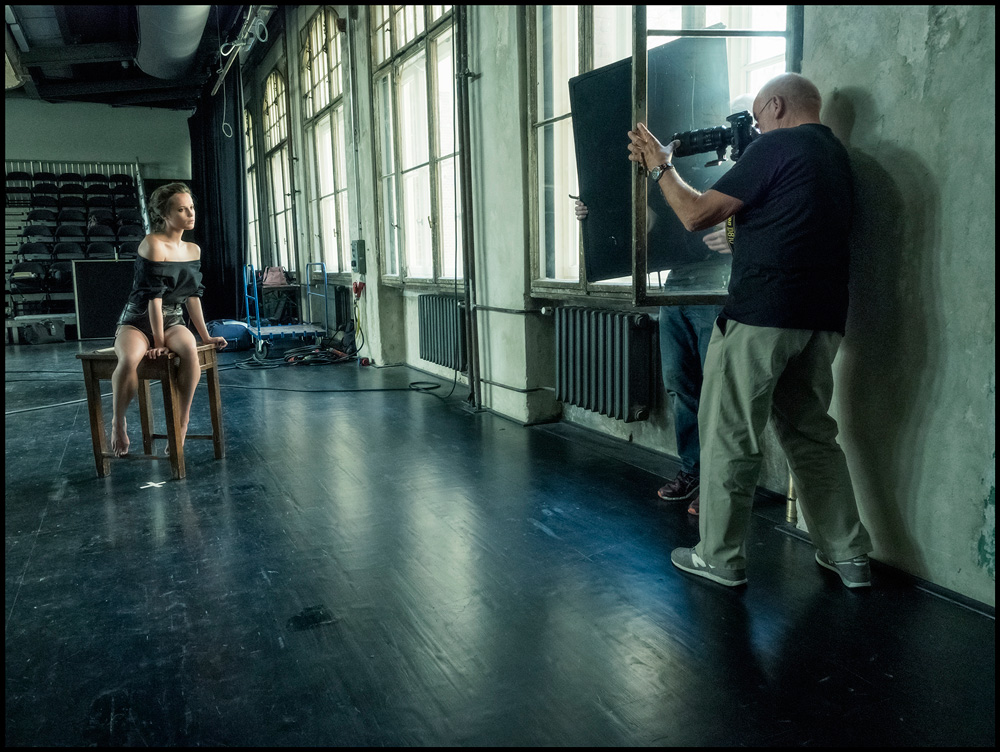 It is now the third time Lindbergh acts as the photographer for The Cal™. He previously expressed his visual art in 1996 and 2002, and also took part in the project to celebrate the 50th anniversary of the Pirelli Calendar with an iconic shot taken in New York. Lindbergh's work in pursuing an original and authentic artistic dimension of photography focuses on the aesthetics of naturalness. Indeed, on several occasions he has declared, even during the backstage shooting, that he objects to "the pursuit of prefabricated perfection", which alters the purest spirit of femininity. So the fact that he requested the participation of a cast accustomed to the spectacular industry of Hollywood movie-making has made it possible to see the actresses who generously accepted to take part from a new angle, thanks to this photographer with special sensitivity.

Lindbergh also decided not to take nude pictures explaining that this calendar “strips the actresses' soul. The Cal™ 2017 – he stated – will be a calendar about sensitivity, emotions, and by no means about perfect bodies”. The snaps were taken in the studio, as well as in highly popular locations across the metropolises involved: for instance Times Square in New York. Major stars, famous for their multi award-winning films, therefore appeared in sequence in both real-life urban contexts as well as in the peaceful sets of sound stages or studios. Yet always without performing a role that wasn't just showing themselves in their profound authenticity.

The presence on set of Odile Gilbert, the hair stylist who received the national award for Arts and Literature from the French Republic, of Stephane Marais, the famous Makeup artist and of Julia Von Boehm, a well-known stylist, also contributed towards maintaining the spirit of elegant simplicity required by the stylistic approach that Lindbergh has interpreted throughout his career.

Fifty years
in one photo

A set
in the desert

The story of
the recovered Calendar