Pirelli calendar and #ChasingTheCal:
who won the prize?

The contest winners are two motors enthusiasts! They attended the presentation of the Calendar. After a thrilling day!

Home life Pirelli calendar and #ChasingTheCal:
who won the prize?

Pirelli calendar and #ChasingTheCal:
who won the prize?

For over 50 years the Pirelli Calendar has depicted style, beauty and social mores, tracking the passing of time with images by the most famous international photographers. This long artistic journey was marked by yet another turning point this year. A calendar that in the words of the photographer, Annie Leibovitz, is "simple and different": thirteen women of different ages, backgrounds and career paths, who have achieved important milestones in professional, social, cultural, sporting and artistic life. Thirteen women who have distinguished themselves.

It was also a milestone for the winners of another big innovation that accompanied the 2016 edition: the international competition #ChasingTheCal, Pirelli’s challenge to the aficionados who have always dreamed of being present at the event when their object of desire is unveiled and presented to collectors: the Gala Dinner. 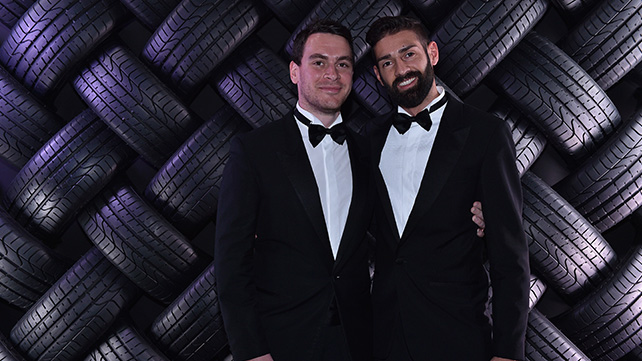 Pirellis's first digital-based international contest gave the opportunity to two lucky competitors who passed a series of tests to attend the Calendar's exclusive launch event, held this year in the fabled setting of the Roundhouse in London.

It all started with a tour of famous locations linked to Pirelli's different souls: sport, heritage, racing, technology: an interactive treasure hunt from the Pirelli Foundation to the San Siro stadium and the Monza race track.

Out of all the fans who successfully completed the competition, the ultimate winners were Andrew and Anthony.
A financial adviser and a mechanical engineer, an Englishman and an Italian.
Two different worlds and two completely different lives, united by their passion for engines and the dream of attending the most glamorous event of the year.

The first stop was in Italy, or Vizzola Ticino to be precise, site of one of Pirelli's test tracks. Here Andrew and Anthony had the chance to experience the adrenaline rush of the track and test a set of P Zero tyres by driving a prestigious Pirelli Edition Lamborghini Aventador.

After a day at the track, the two winners were then flown to London to enjoy the more glamorous side of the Pirelli universe.
Accompanied once again by the Pirelli Edition Lamborghini Aventador, the two winners of the contest attended the evening launch of 2016 Calendar by Annie Leibovitz at the legendary Roundhouse, walking the red carpet along with numerous guests, journalists, collectors and celebrities.

The #ChasingTheCal project demonstrates Pirelli's desire to offer an experience that is immersive, engaging, groundbreaking and global: from its use of Google tools for the digital competition (Business View and Street View) to its long-running partnership with Lamborghini.
The most striking aspect of this two-month journey was the users, who demonstrated the deep and special relationship between Pirelli and its fans, as seen in this video compilation of some of the contributions received during the contest.