A project focusing on the woman as the bearer of positive messages. Pictures that go beyond the physical. This is the work of the new Pirelli Calendar. 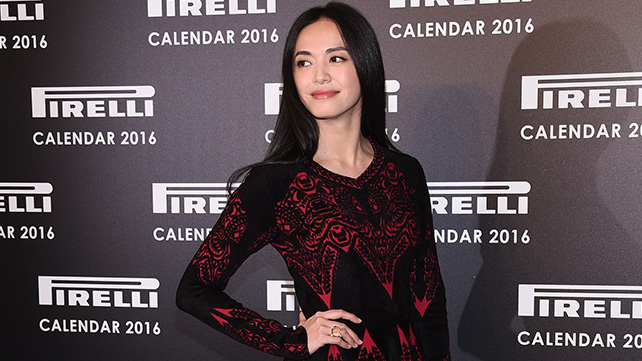 Thirteen women of different ages, backgrounds and career paths, immortalized by one of the greatest portrait artists of our time, Annie Leibovitz, in a Calendar that she describes as “different”.

At the London exclusive launch of the Pirelli Calendar 2016 at the Roundhouse, a former industrial building that became one of the British capital's temples of rock in the '60s, Leibovitz tells the story to an audience of guests from all over the world.

When Pirelli contacted me for the shooting - explains the photographer - they told me they wanted to follow a different path from the past. They suggested the idea of photographing women who have distinguished themselves in some way. We agreed on that, and the next goal was to be very direct. I wanted the photographs to show women exactly as they are, without artifice.

On this basis, Leibovitz started work last July in a New York studio, gathering together thirteen distinguished women who have achieved important milestones in professional, social, cultural, sporting and artistic life. And so, scanning the pages of the 2016 Pirelli Calendar reveals the actress Yao Chen, first Chinese Ambassador to the United Nations High Commission for Refugees (UNHCR); the beautiful Russian supermodel Natalia Vodianova, founder of the philanthropic organization Naked Heart Russia; producer Kathleen Kennedy, President of Lucasfilm and among the most important figures in Hollywood; the art collector and patron Agnes Gund (photographed with granddaughter Sadie Rain Hope-Gund), President emerita of MoMA; tennis player Serena Williams, number one in the world; the columnist, critic, author and writer Fran Lebowitz; the President of Ariel Investments Mellody Hobson, engaged in philanthropic projects in Chicago; the filmmaker Ava DuVernay, known for directing, among others, the Oscar-nominated film 2015 Selma – the road to freedom; the blogger Tavi Gevinson, founder of the blog Style Rookie and online magazine Rookie; the Iranian visual artist Shirin Neshat; the artist, musician and performer Yoko Ono; the singer Patti Smith, one of rock music’s biggest stars; and the actress and comedienne Amy Schumer. Women who represent arts, fashion beauty, film, entertainment, culture, industry, music, sport and the new digital world, together in a portrait of the contemporary world.

It is not the first time that the American photographer, famous for her highly personal portraits on the covers of Rolling Stone and Vanity Fair, has been involved with the Pirelli Calendar. She had in fact already shot one in 2000, depicting the dancers of the Mark Morris Dance Group in the first series of nudes of her career.
"The 2000 Calendar was an exercise in nude body photography. It was a simple concept" says the photographer.

For 2016 we have done something completely different, yet at the same time still simple. It's a classic set of black and white portraits shot in the studio.

As happened with the first Calendars of the '60s, or more recently, with the Calendars by Peter Lindbergh in 2002, Patrick Demarchelier in 2008 and Steve McCurry in 2013, this year's edition contains clothed models. The only 'partial' exception is the photo of US comedienne Amy Schumer, whose picture shows her happily half-naked, sipping a coffee in a natural pose. "I'm a big fan of comic actresses. The portrait of Amy Schumer added a bit of humour. It's as if she never got the note saying there was no need to undress," says the photographer, thus choosing a light note on which to end the Pirelli Calendar that will accompany us over the coming year.

Waiting for The Cal™ 2016: backstage magic

Art and aesthetics blend in The Cal™

Pirelli Cal 2016, taken by Annie Leibovitz, has been presented at the Roundhouse...

Pirelli Calendar >
Pirelli #ChasingTheCal
​The exclusivity is not for sale. But it can be conquered...
Chasing the Cal >
What car do you drive?
​Set your car detail and discover the size range...
Fit on your car >