Pirelli, a tradition of culture at the Polignano Festival

The company’s most recent initiatives, from World magazine to the Annual Report, have solidified Pirelli’s role as a protagonist of enterprise culture

Home life Pirelli, a tradition of culture at the Polignano Festival

Pirelli, a tradition of culture at the Polignano Festival

Just as “power is nothing without control”, success is impossible without tenacity. An example of this is Il Libro Possibile Festival, born in Apulia 18 years ago with the goal of bringing books into the town square and out of the usual places, such as bookshops and libraries, making them “possible” for everyone and the basis for wider public reflection. At the time, in 2001, literary festivals were rare and not taken for granted. Since then Il Libro Possibile has grown thanks to the tenacity of its organizers and the more than 150 volunteers who lend a hand during the festival, together with an ever more impassioned public. It is also thanks to the support from Pirelli that, for the second consecutive year, is the main sponsor of the festival. Intriguingly entitled “Humanity’s Step”, the theme this year marks the 50th anniversary of man’s first step on the moon in July of 1969. 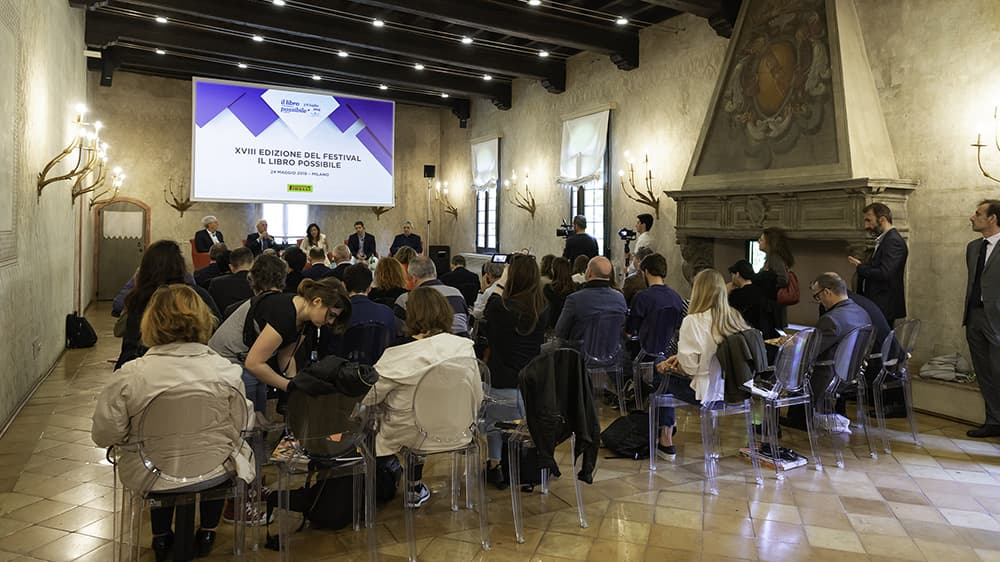 “We saw in Il Libro Possibile something of quality that we hope grows even more thanks to our contribution”, explained Pirelli executive vice-chairman and CEO Marco Tronchetti Provera. “It is a literary appointment that also makes room for current affairs, with discussions and encounters deserving of a large platform. Il Libro Possibile brings out the positive face of our South, made of beauty, tradition and culture. This year’s theme is an extraordinary invitation to reflect on the awareness and responsibility of the steps that we need to take and of the new balance that we must find to live in the new world that is upon us”.

The decision to sponsor the Festival is part of the dialogue that Pirelli has historically conducted with the world of culture. Today, an example of this is World magazine that, like the historic Pirelli Magazine, has hosted contributions and interviews with some great names in literature, science and philosophy such as Zygmunt Bauman, Marc Augè, Franklin Foer and Andrew Sean Greer.

Pirelli’s link to culture and to new and innovative narrative forms is also evident in the recently produced 5-episode digital graphic novel which recounts the company’s near 150-year history. Both a cultural work and agile communication tool, it has reached 6.4 million people since its launch in mid-April. When it came to spreading awareness of the world of natural rubber, and the company’s position on sustainability, Pirelli did not rely on the traditional channels but found a different narrative approach, creating the digital platform “Going Fast Takes Time” to tell the story of this precious primary material through a pictorial journey created by the photographer Alessandro Scotti.

"POWER IS NOTHING WITHOUT CONTROL" celebrates 25 years