Models step up for the 49th Pirelli Calendar

Models return to centre stage for the 2023 Pirelli Calendar in a celebration of the “creative powers”, strength and passion of women

Home life Models step up for the 49th Pirelli Calendar

Models step up for the 49th Pirelli Calendar

Fourteen of the world’s most high-profile and dynamic models including Karlie Kloss, Bella Hadid, Cara Delevingne and Emily Ratajkowski will feature in the 49th Pirelli Calendar shot by Australian photographer Emma Summerton.

It has been eight years since the Pirelli Calendar exclusively featured models: Steven Meisel shot 12 prominent and upcoming models for his 2015 Cal entitled Calendar Girls. Since then, photographic greats including Annie Leibovitz, Peter Lindbergh and Paolo Roversi have photographed a combination of actresses, musicians, athletes, models, activists, comedians and others for their powerful takes on the Pirelli Calendar. 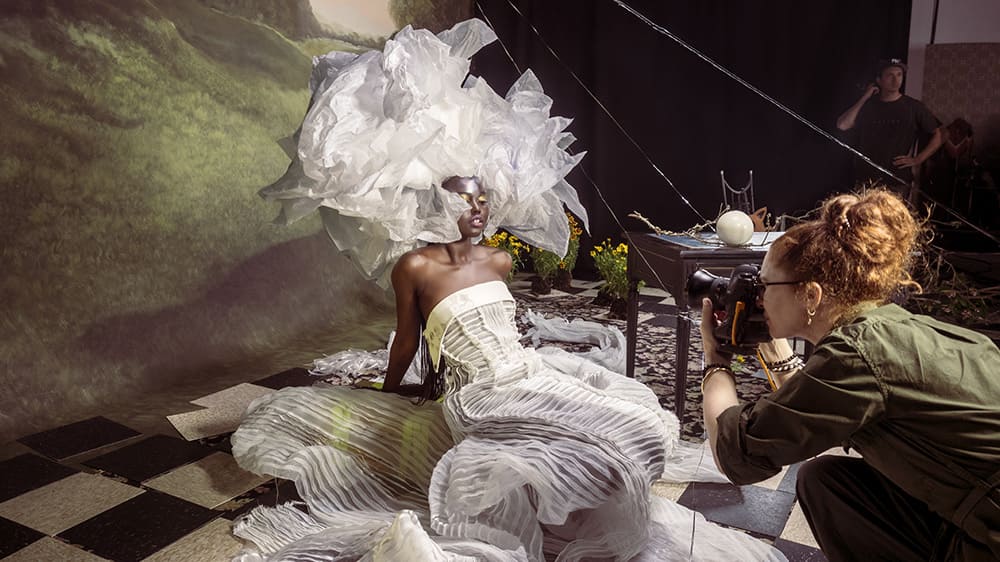 The stars of the 2023 Calendar were shot in studios in New York and London during June and July 2022 and styled by Amanda Harlech, the British creative consultant and long-time former muse to both John Galliano and Karl Lagerfeld. The atmospheric and detailed sets were designed by Viki Rutsch while celebrated hair stylist Eugene Souleiman brought his wizardry with an array of wigs, ingenious headpieces, back-combed and misted styles and Hiromi Ueda deftly applied the makeup. The results of such pooled artistry were described by those present as “magical”.

For Karlie Kloss, the shoot marks the American model’s second Pirelli Calendar appearance; she was first featured in the 2013 Calendar shot in Brazil by photojournalist Steve McCurry. Kloss is not only one of the world’s most famous models, dominating catwalks worldwide and appearing on countless magazine covers, but also a computer programmer, entrepreneur, philanthropist, television host, activist and mother to a one-year-old.

Bella Hadid makes her debut in the Pirelli Calendar. The younger daughter of Yolanda, a Dutch former model and television personality, and Mohamed, a Nazareth-born real-estate developer, follows in the footsteps of sister Gigi, who appeared in the 2015 and 2019 Calendars. Hadid is also a dedicated equestrian who loves the arts, music and film.

Guinevere van Seenus is a two-time veteran of the Pirelli Calendar, having appeared in its pages in both 2006 and 2012, photographed first by creative duo Mert Alas and Marcus Piggott and then by Mario Sorrenti. The model, photographer and jewellery designer was born in America to Dutch parents. She started modelling at 15 and her career has reached stratospheric heights with the world’s top photographers and fashion designers captivated by her beauty and presence.

Adut Akech previously appeared in the 2018 Alice in Wonderland-themed Pirelli Calendar shot by Tim Walker. Akech, who was born as her mother fled civil war in South Sudan, started to model at 16 and at the 2019 Fashion Awards gave a powerful speech about diversity when she was awarded the prize for Model of the Year.

Emily Ratajkowski makes her Pirelli Calendar debut. Played roles in films including Gone Girl and I Feel Pretty, along with appearing on the covers of major fashion & lifestyle magazines. Since 2017, she has successfully translated her more than 28M followers on Instagram into a successful direct-to-consumer business via her apparel line, Inamorata, and being recognized in 2019, with the prestigious Fashion Entrepreneur of the Year award.

Lauren Wasser, also making her Pirelli Calendar debut, was an up-and-coming young model when she fell ill with toxic shock syndrome in 2012, was placed on life support and nearly died. An athlete and basketball player, she ended up losing both legs, battled PTSD and depression, and came close to taking her own life. She has since dedicated herself to raising awareness about TSS and challenging preconceptions about disability and beauty.

Ashley Graham is a model, television presenter, entrepreneur and activist, as well as a mother of three children under three. Her career took off when, after 15 years of modelling, she became the first plus-size model to appear on the cover of the Sports Illustrated Swimsuit Issue in 2016. Graham has blazed a trail with her frank discussions of the realities of her body and motherhood and is appearing in the Calendar for the first time.

Precious Lee, a fellow Pirelli Calendar debutante, is another unstoppable force bringing change to the fashion industry. The first Black curve model to appear in American Vogue, Lee has championed race and size diversity through her modelling as well as her acting, writing and activism.

Kaya Wilkins is a Norwegian-American model, singer, composer and actress appearing in the Calendar for the first time. She records and performs music under the name Okay Kaya and her debut album Both came out in 2018.

Moscow-born Sasha Pivovarova first appeared in the Pirelli Calendar in 2008, photographed by Patrick Demarchelier. The New York-based model, artist and actress has appeared on countless magazine covers, worked with the world’s best-known fashion photographers and walked runways for Prada, Gucci, Chanel, Calvin Klein, Ralph Lauren and many others. Her home doubles as an art studio and her paintings have been exhibited in Paris and New York.

British model and actress Cara Delevingne features in the Pirelli Calendar for the first time. The London-born star, who is also a musician and singer, got her big break into modelling after Burberry’s Christopher Bailey chose her to walk in London Fashion Week in 2011.

Soon she was appearing on catwalks across the world. Her acting career includes the movies Paper Towns and Suicide Squad and television shows such as Only Murders in the Building.

Also making her Calendar debut, He Cong is a Chinese model whose first job was walking for Valentino after being discovered at an open call in Shanghai in 2013. She has since become one of the world’s most in-demand models, walking in nearly every major fashion show, every season, from Calvin Klein in New York, to Burberry in London, Bottega Veneta in Milan and Dior in Paris.

Returning for her second Pirelli Calendar, Adwoa Aboah was named Model of the Year in 2017 and Social Mover of the Year in 2021. The daughter of a Ghanaian father and English mother, Aboah is also an actor and a powerful and dedicated activist. She is the co-founder of Gurls Talk – a non-profit dedicated to the wellbeing and mental health of young girls and women.

Within just a few years, Lila Moss has sealed her reputation as a world-class model. She has appeared on Vogue covers in the UK, Hong Kong, Japan and Italy, and has modelled for the likes of Miu Miu, Marc Jacobs and Versace. Following in the footsteps of her famous model mother Kate Moss, she now adds a Pirelli Calendar shoot to her growing list of achievements.

Behind the lens: Emma Summerton