The power of a snapshot in the digital age, according to Steve McCurry

Home life Message in a picture

A photo of a remarkable scene taken during a police-striker confrontation in the Italian city of Genoa has gone viral and won the approval of award winning photo journalist Steve McCurry – not necessarily for its merits as photography but because of the positive message it conveys and its immediacy.
McCurry believes that this immediacy and the ubiquity of digital photography, harnessed to fast digital distribution, have changed the place of photography in society for the better. 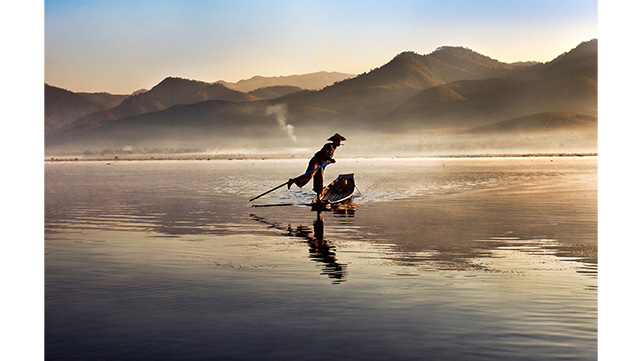 “In the past it would have taken much longer but now everybody has the possibility to post pictures instantly so that’s a huge difference and huge capability,” McCurry told Pirelli.com

The photo in question is of a policewoman facing a worker who, alongside hundreds of his colleagues, had been on strike for three days. But instead of a tense setting, the opposite occurred. The 41 year old police woman, removed her helmet, releasing a cascade of dark, wavy hair, and shook the striker’s hand – a moment captured digitally and posted to the web.

The image is optimistic and shows that not all confrontation needs to end in violence, that there are other ways. McCurry also noted that the protagonist was a woman.

“I think women are less prone to aggression. They are more open to compromise than men and will try to find an accommodation. Perhaps there should be more of them in positions of power,” McCurry observed.

McCurry then underlined how the web and smartphones provide an opportunity to represent reality for everyone, from professional photographers to people who daily flood the net with snapshots. Amateur and instantaneous reportage that McCurry maintains can never replace the work of a good photographer.

“These images are more like text messages which are never going to compete with the work of a writer or poet or screen-writer. If you’re a great writer you are not going to be threatened by competition from somebody sending text messages any more than anyone taking cell phone pictures can compete with Annie Leibovitz. But it’s still a good thing,” McCurry said.

Returning to the image of the policewoman and the striker, he agrees that part of his power is its positivity in a media context dominated by images of violence and conflict.
“We need positive stories and positive actions because there is so much evil and so much sadness in the world.  We need that relief. So many people are aggressive and ready to fight, and that somebody, this woman, can come up with an alternative approach , some accommodation, some other way, that will certainly help make the world a better place and that’s what we need.”
McCurry is the author of one of the recent editions of the Pirelli Calendar. Shot in Rio de Janeiro it was as much a homage to the city’s spirit and energy as it was to female beauty.

Art and Pirelli: from Armando Testa to the Street Art