Pirelli HangarBicocca brings together the most ambitious, dramatic cycle of works by the great master of Arte Povera for the first time in Italy

Home life Mario Merz's igloos: a city to be explored

The exhibition of Mario Merz’s Igloos at Pirelli HangarBicocca is expected to be one of the year’s most important artistic events. From October 25, 2018 through February 24, 2019, 50 years after the great master of Arte Povera built his first Igloo, the vast spaces of the Hangar pay homage to Merz’s most dramatic, complex and variegated cycle of works, the greatest compendium of the evolution, fundamental features and recurrent themes of his artistic endeavour. 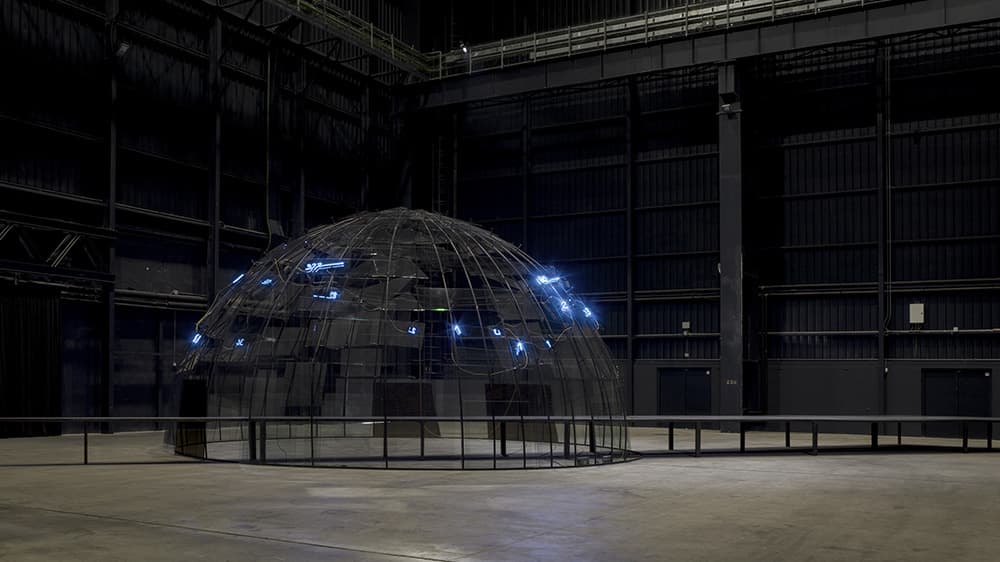 Curator Vicente Todolí, in partnership with Fondazione Merz of Turin, presents “Mario Merz. Igloos” as the continuation of a series begun in 2017 with a major retrospective of Lucio Fontana's “Ambienti spaziali” (“Spatial Environments”), a project intended to offer visitors an opportunity to experience for themselves these great works that changed the history of art, brought together and reconstructed in Milan for the first time. Taking advantage of the Hangar’s unique features, igloos from numerous private collections and museums all over the world – including Museo Nacional Centro de Arte Reina Sofía in Madrid, The Tate in London, the Nationalgalerie in Berlin and the Van Abbemuseum in Eindhoven – will be installed inside and outside the building, establishing an uninterrupted dialogue with each other, with viewers and with the space itself. In this sense, the retrospective represents the continuation of a story that is continually evolving, also in the symbolic sense. Lucio Fontana’s last “Ambiente spaziale” dates from 1968, the year Merz made his first Igloo, as if he had been handed the baton. We are invited to identify traces of the Argentinian-born Italian painter, ceramicist and sculptor's legacy in the work of the great “alchemist”, as Merz like to call himself (such as his use of neon and involvement of space).

Visiting “Mario Merz. Igloos” means immersing yourself in a constellation of more than thirty metal structures of different sizes covered with a great variety of materials (neon, glass, clay, wood and metal, to mention only a few), playing the dual role of major retrospective and new total work of art. A primordial form of home, the igloo represents an archetype of the relationship between individual and the community, between the natural and the artificial, between the stationary and motion. In it, Merz collects together and sums up the leitmotifs of his work, from poetic use of the written word to dialogue with the space around him. Every igloo was a site-specific project, a work in progress that did not stabilise in its final form until the exhibition opened, when spectators were invited to interact with it and walk around it.

The igloos provide a home for all Merz's symbols, from the spiral motif to Fibonacci’s numerical sequence, as well as formal experimentation, a preference for industrial and reclaimed materials – typical of the Arte Povera movement – and the introduction of unusual or everyday objects in works of art. The exhibition opens with his biggest structure (10 metres in diameter), La Goccia d’Acqua, 1987, and continues in the Naves in chronological order, starting with his first Igloo (Igloo di Giap, 1968), continuing with the developments of the ’70s, ‘80s and ‘90s (including his 1999 Untitled, produced for his solo exhibition at the Fundação de Serralves, with curator Vicente Todolí) and ending with the last igloo, Spostamenti della terra e della luna su un asse, 2003.

But there is one more detail that makes “Mario Merz. Igloos” the continuation of an important dialogue. The starting point for the project is a solo show curated by Harald Szeemann in 1985 at the Zurich Kunsthaus (an image from which appears on the posters advertising the exhibition in the city), which presented all the types of igloo he had made until that time “in order to form a village, a country, an ‘unreal city’ in the exhibition space,” according to the curator.

The project in Milan therefore represents a continuation of Szeemann and Merz’s intention, including works conceived in recent decades on the occasion of big anthological and retrospective exhibitions in major museums in Europe and all over the world. In this sense, the exhibition concludes a process, while at the same time introducing new ways of interpreting the artist’s production. A home that is both primordial and utopian, a symbol of the relationship between public and private, between indoors and outdoors, between contamination and mixing, the concept of Merz’s Igloos now appears even more powerful, permitting a reading that is not only poetic, but political as well.