Origin and development of the iter which lead the artist to overcome the two-dimensional conventions, as shown by the Ambienti/Environments on display at Hangar Bicocca from 21 September

Cuts, holes, tears and incisions: Lucio Fontana (Rosario, 1899 - Varese, 1969) is known to the general public above all for his Spatial Concepts, works which since the 50s have made this artist famous the world over and marked a turning point in the art production of the 20th century. 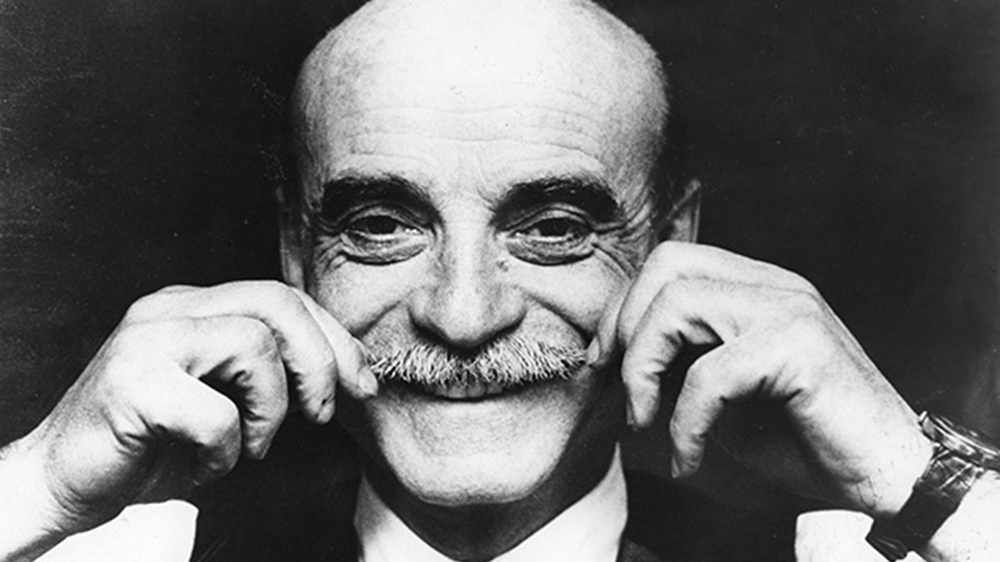 The "spatial concepts " were neither paintings nor sculptures but hybrids spanning these two dimensions: they played with light, colour and the surrounding volumes, emanating symbologies and suggestions of great power and disclosing a landscape which no artist had explored till then.

Already the futurists had partly come near this decisive turn (the artist declared from the very beginning that he had been inspired by them), but when Fontana’s torn canvasses appeared the art world cried scandal, then miracle (and lastly thief, considered the easiness with which cuts and holes of the works in question could be reproduced and therefore forged): Spatialism was born, and thanks to it the artist’s desire to overcome the two-dimensional space had been finally ful-filled.

"I didn’t punch holes with the purpose of breaking the painting ", once Fontana said while talking of his job "I punched holes to find something (…) The hole is the beginning of a sculpture in the space. And mine are not paintings, they are art concepts."

Lucio Fontana reached the stage of “Cuts” progressively, after years of works very different as to style and target. Ceramist and sculptor even more than a painter, his career as an artist began in a way nowhere near being abstract and conceptual, dividing its activity between an artisan workshop method and academic training of classical trait.
The Spatial Concepts cannot and therefore must not be considered an accomplishment in Fontana’s works. They are part of a longer journey, stages of a continuous research which would have lead this versatile artist towards an even more distant destination: not only did Fontana intend to take the painting beyond the canvas, but art outside itself, outside conventional spaces and standards, beyond space and even time:

"Nowadays people have a different awareness, they look for an art of a different emotion", Fontana writes in '49 to his friend and pupil Pablo Edelstein (1917-2010). "They want to be touched in art as well as in a corrida or in a race, we must involve them with new experiences, new emotions, I believe that the “Spatial” artists are right, contribute to the evolution of art with new means”.

His “Ambienti/Environments”, displayed in Pirelli Hangar Bicocca during the years 2017/2018, were the tale and embodiment of Fontana’s desire to take art beyond itself. Corridors, rooms designed to disorient and question the viewer, environments set up like perceptive labyrinths and lighted by phosphorescent decorations, neon lights and Wood’s lamps. Ephemeral works, conceived as transitory events, and often destroyed few days after their inauguration, at the intersection of art, decoration and architecture.

The first of the spatial Ambienti was presented in Milan in 1949, in the Galleria d'Arte del Naviglio in via Manzoni.
The exhibition, which lasted only six days, had the title "Ambiente spaziale" [Spatial Environment]. The viewers acceded to it through a corridor of dark drapes and, once inside, the hall was lighted by a Wood’s lamp and decorated by fluorescent hangings from the white ceiling. During the vernissage, a ballerina danced wearing the tutu in the room.

"I think I did something very important ", Fontana wrote to Edelstein after the inauguration (…) "it wasn’t a works exhibition, I made in a halflit environment a single lighted element with an abstract and suggestive shape, in this way the controversy about space gets to the heart of its accomplishment”.

Curated by Marina Pugliese, art historian, Barbara Ferriani, restorer, and Vicente Todolì, Artistic Director of Pirelli HangarBicocca, the exhibition “Ambienti-Environments” reconstructed and presented for the first time to the public 9 spatial Environments and 2 environmental interventions carried out by Fontana between 1949 and 1968 for galleries, Italian and International museums.

The spatial Environments represented a feature of the artist’s work little known to this day and, also as a result of their ephemeral nature, the works’ reconstruction had been the result of a meticulous research and documentation work conducted by the curators in collaboration with Fondazione Lucio Fontana. The result has been an unusual installation which for the first time presented to the contemporary public the experimental visions, enigmatic and definitely up to date of this great master of the 20th century.

Tape, lines and colours: tape art for telling the story of our modern age