Life as a work
of art by Peter Beard

A New Yorker with a longing for Africa, the famous photographer went missing at the age of 82. He lived the life of a bon viveur with the love of nature that he expressed in the 2009 Pirelli calendar

Home life Life as a work
of art by Peter Beard

Life as a work
of art by Peter Beard

Artist Peter Beard was a risk-taker all his life. Travelling around the world non-stop, he spent part of his life in Kenya from where he documented the natural beauty of Africa and its environmental decay.

Known for the intensity of his works, photographs and patchworks that read as a diary, he told about the beauty and the formidable poetry of a continent that was facing modernisation, shooting photographs up to the waist in swamp water, legs bleeding, wrapped in a Kenyan sarong, swimming with the crocodiles and risking death trampled by an elephant during a photoshoot in 1996.

Beard, who had travelled to the end of the world and beyond, imprinted his perceptions on his photographs and was the author of the 2009 Pirelli Calendar, that was the 36th edition of TheCal. The set was in Botswana, across the aquatic oasis of the Okavango Delta to the arid expanse of the Kalahari Desert. It was there that Beard photographed his seven models, telling about of a nature that was powerful and wounded at the same time, believing like Fyodor Dostoevsky that “beauty will save the world”. 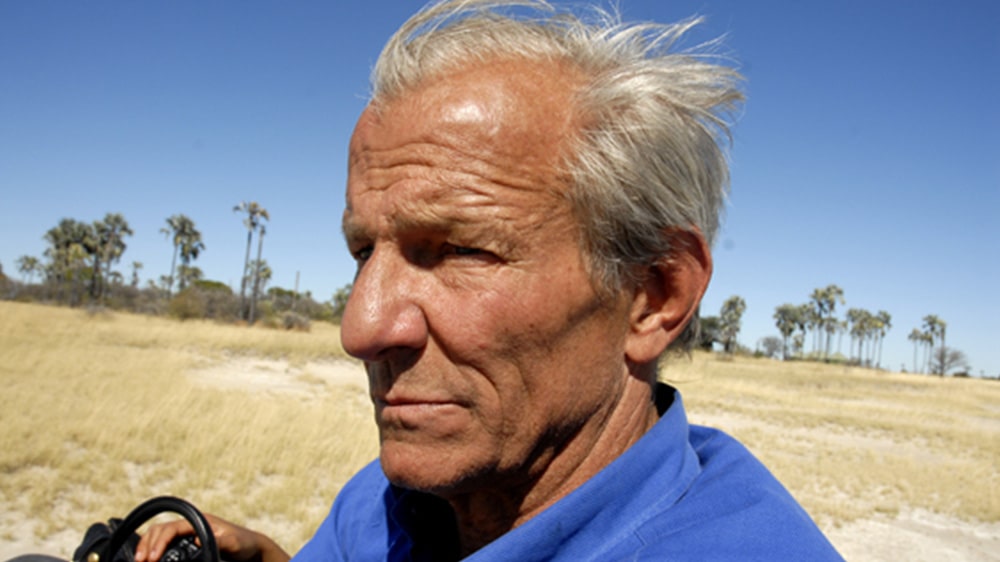 Posing for longer than a week at a time, the women sprawled alongside huge pachyderms, climbed trees and were covered with snakes. They spent 15 days on the African set, lending their faces to a cause which was environmentalist before being aesthetic to convey Beard's message of a humanity that was unable to save itself and that needed to search for truth in the magnificence of nature.

The end result was a calendar-diary, defined by the photographer himself as “a living sculpture” of 56 plates, quotes, remarks by the artist on the environment and the depletion of natural resources. “My real concern is the destruction of nature on a global scale. We've totally lost track that it is the very foundation of survival.”

Risk-taking and his love of adventure never stopped even later in his life before he went missing from his cliff-top estate on Long Island, New York, where he was born into an upper-middle-class family on January 22, 1938. After graduating in Art History from Yale University, Peter Beard met Karen Blixen, the author of Out of Africa, in Demark in 1961. They worked together until 1962, inspiring him to buy a ranch near Nairobi, built on 45 acres of savannah close to that of the Danish writer. It was just the two of them, the great mammals of Africa and a Voigtländer camera.

During this time, Beard approached the local fauna that had fascinated him since the age of 17 when he was charmed by an exhibition at the Natural Museum of New York. In 1965, he published The End of the Game, a collection of photographs and texts documenting the extinction of elephants in Kenya and the end of the myth of the invulnerability of nature. From that moment on, his pictures took a surprising, dramatic turn outlining and telling about a new reality, to tear the often too romantic veil that had enveloped the narratives about Africa until then. The elephants in his black and white photos were emaciated, sick, hungry, a far cry from the triumphant creatures of many photoshoots to which the world had been accustomed.

It was in the seventies, the years of the wild night-life with Andy Warhol and Truman Capote and the days spent talking to his close friend, Francis Bacon or in the company of Jacqueline Kennedy Onassis and her sister, Lee Radziwill with whom he was engaged in a passionate relationship, that Beard gradually began turning his life a true work of art. One dedicated to adventure, exoticism and unbridled aestheticism.

His works presented during the first photographic exhibition at the Blum Helman Gallery in New York in 1975 and later at the International Center of Photography in 1977 became his manifesto. On display were African artefacts, personal memorabilia, and of course his photographs, on which he put a personal stamp, not unlike a brand. He followed the Rolling Stones on tour. He worked with Veruschka dividing his attention between wild beasts and the jungle of Manhattan’s socialites. Beard was never alone at his table at Studio 54.

Peter Beard loved danger and defied categorisation. His art would be difficult to classify with his photographs being something else, images, writings, paintings, quotes and huge living collages. Animated evidence of the environment and the fate of the planet. Until the end, he collected pebbles, pieces of wood, snake skins, sand, feathers, butterflies, bones, seaweed, blood (like that of Ava Gardner, who after cutting herself with a piece of glass saw Peter Beard collect a few drops and press them onto the pages of a diary) to create his works.

Scraps, recollections, traces to tell about a life that he turned into a work of art and of survival. His memory is impressed everywhere, as David Fahey, owner of the Fahey Klein Gallery, once declared: “He spent a lifetime exploring the world, leaving traces of himself everywhere.”