Pirelli HangarBicocca presents the last days in Galliate, the first major exhibition in Italy of the work of Leonor Antunes (Lisbon, 1972). The exhibition space has radically been redesigned as a single sculptural site, where the lighting and the works intersect with one another. A trajectory that pays tribute to Milan's Modernist tradition, and to the leading figures who contributed to its development and success, names like Franca Helg and Franco Albini

One of the most interesting artists on the contemporary art scene, with solo shows in the major international institutions—such as the Whitechapel Gallery, London, San Francisco Museum of Modern Art, San Francisco, New Museum, New York, Kunsthalle Basel, Basel, and Fundação de Serralves, Porto—through her sculptures Leonor Antunes reinterprets the history of art, design, and architecture of the twentieth century, and in particular the Modernist tradition, in its most radical and experimental instances. 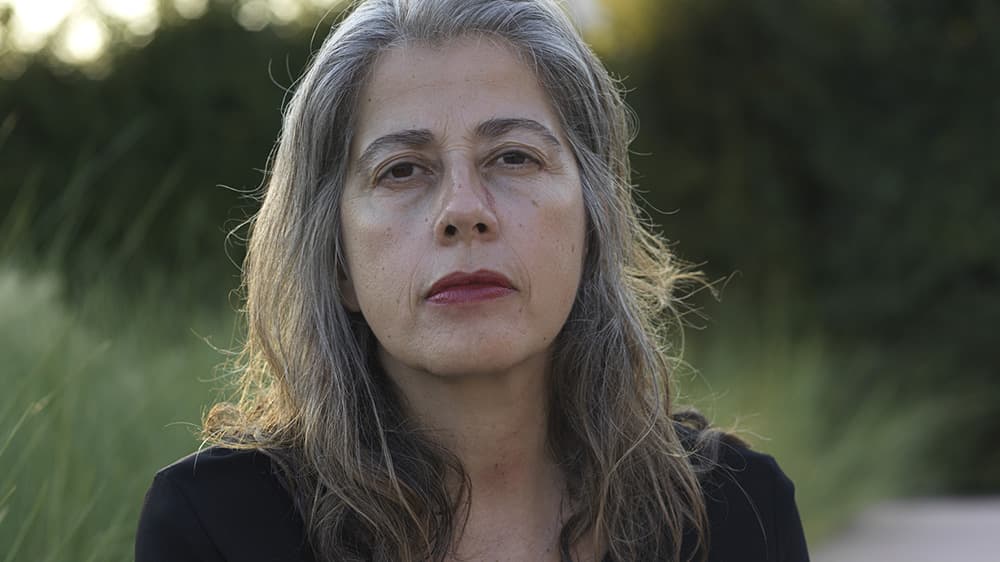 Inspired by the work of artists, architects, and designers, Antunes carries out a meticulous research into their projects, she studies the proportions and dimensions they use, and, after selecting several details and fragments, she transforms them into new forms and elegant works of art. Through this study process the artist ponders the historical context, the meaning of everyday objects, the social role of art and design as means of emancipation and improvement in the quality of life.

Created based on a model of existing elements, Leonor Antunes's sculptures brim over with stories and memories, they become the emblems of time and of a specific cultural context, eluding any nostalgic intention that might be connected to them. Hence, each of the artist's display projects breathes life into a complex and stratified visual narrative in which what is of fundamental importance is the relationship with the place where they are formed and the space where the works are exhibited.

For her sculptures Antunes prefers to use natural and organic materials on which the traces of time passing remain visible: rope, wood, leather, brass, rubber, and cork, among others. The artist employs artisanal and vernacular techniques, for instance, certain braiding methods used by South America's native tribes, the Murano glass-blowing technique, the patterns of the fishermen's nets from her homeland, Portugal, as well as the specific skills of saddlers, carpenters, or blacksmiths whose work is still today completely done by hand and in clear opposition to mass production, in an ongoing attempt to preserve and hand down knowledge and traditional skills.

Among the recurring names in her reference panorama are especially those of women whose work has partially remained in the shadows for so many years. They include Anni Albers (1899-1994), a German designer forced to flee to the United States after the Bauhaus School was closed down, and today considered one of the most important figures in the twentieth century for her avant-garde research in graphic and textile art; Lina Bo Bardi (1914-1992), an architect of Italian origin but with deep ties to the Brazilian Modern Movement, who designed some of the major museums in Latin America, among which the MASP, São Paul Museum of Art; and the Cuban artist Clara Porset (1895-1981), a pupil of the artist Josef Albers (1888¬1976), who chose exile in Mexico and undertook in-depth research into the country's local folklore, supporting the need to integrate contemporary design with the traditional forms and materials of craftsmanship.

The last days in Galliate
The exhibition hosted at Pirelli HangarBicocca is conceived as a complex site-specific installation that fills the 1,400 square meters of the space known as the Shed: the works, many of which created from scratch, converse with the location's structural elements and natural lighting, thus merging in a single narrative. The Shed is transformed by an intervention that covers the floor with a linoleum intarsia, inspired by a design by Anni Albers, whose colours hark back to the iconic floor designed by the architect and designer Gio Ponti (1891¬1979), realized in 1960 for the Pirelli skyscraper in Milan.

Antunes also uses light to make sculptures and to scan time: the exceptional opening of eight skylight windows on the roof of the exhibition space brings natural zenithal lighting to inside the environment, while artificial lighting, entrusted to a series of brass lamp-sculptures— which are in turn inspired by some of Anni Albers's designs—generates intimate atmospheres of a domestic dimension.

Milan and its rich Modernist tradition, in particular the work of architects Franca Helg (1920¬1989) and Franco Albini (1905-1977), are the source of great inspiration for this artist, who weaves these tales with the cultural heritage of companies like Pirelli or Olivetti and with the innovative projects they implemented starting in the 1950s together with creatives who were avant-garde. For the exhibition, Antunes delves deep into the collaboration that took place in the 1950s and '60s between the Studio Albini-Helg and the manufacturing house Vittorio Bonacina—a historical company in the Brianza area, today known as Bonacina 1889, active in the production of furniture and other objects for the home made with rattan and rattan-core.

The artist's interest in the activity of Franca Helg is especially visible in a series of new works: starting from the details and forms of several pieces of furniture conceived by the designer for Bonacina but extrapolating them from the context and totally divesting them of their original function, Antunes presents suspended sculptures made in rattan discrepancies with F.H. (2018), which converses with a group of brass works featuring similar shapes.

The very title of the exhibition, the last days in Galliate, harks back to the artist's research into the work of Franca Helg, alluded to in the name of the place overlooking Lake Varese and the Alpine foothills, where Helg had planned and built a family house for her parents—one of the few examples of her building projects signed independently of her studio—and the place where she was to spend the final years of her life. However, the title also refers to another avant-garde figure, the designer Clara Porset who spent the last years of her life in the Chimalistac district of Mexico City— whose research was at the core of a former exhibition Antunes held at at the Kunsthalle in Basel in 2013, titled the last days in chimalistac. Porset's work is also paid tribute to in the series of sculptures in wood and rope placed directly on the floor in the exhibition space (Clara, 2018).

Other works that contribute to consolidating the narrative conceived for the exhibition at the Pirelli HangarBicocca are a series of hanging and modular sculptures made in black-, green-, ochre-, white- and gold-painted brass which introduce the exhibition route (alterated climbing form I, II, III, IV, 2017), inspired by a small 1954 relief, Climbing Form, by the British artist Mary Martin (1907-1967). Lastly, an allusion to Post-Minimalist art, especially to the work of the artist Eva Hesse (1936-1970), is evoked in in alterated knot, 2018, abstract sculptures in leather and rope directly hanging down from the ceiling—and alluding to the designs of Annie Albers.