After its performances of Don Quixote last July in Milan, on 31 August the Ballet Company of La Scala is ready to fly to China together with Pirelli. Don Quixote and Giselle will be representing Italian art with an international flavour

Only two years after its last trip in 2016, organised by Wu Promotion, the Ballet Company of La Scala will return to China at the end of August, followed by Australia in November and Finland in July 2019.

The partnership with Pirelli is all set to take European dance - with an Italian heart - around the world. The connection between Pirelli and the theatre has deep roots going many years to when, in 1883, the company partnered Edison in supplying electricity to light the Teatro alla Scala. There have been many contexts, starting with electricity, in which Pirelli has been able to give its own major contribution to the spread of culture and art which, through the expression of its know-how, constitute the identity and heritage of everything Made in Italy. With fifteen performances in four cities, the classical-romantic Giselle by Jean Coralli and Jules Perrot and Rudolf Nureyev’s Don Quixote are two ballets that attest to the versatility of the artists at La Scala and to the variety of their repertoire. Both performances have met with enthusiastic receptions in the past, both Don Quixote in 2016 at Tokyo and Giselle in 2017 in California and Costa Mesa. Between 31 August and 23 September the cities of Shanghai, Macau, Xi’an and Tian-jin will see these two ballets in alternation, and while for Shanghai e Tianjin this will be the third time that they will be hosting La Scala, for Xi’an and Macau it will be a prestigious novelty. Conducted by David Coleman, local orchestras will be involved such as the Shanghai Opera House Symphony Orchestra, the Xi'an Symphony Orchestra, the Macau Orchestra and the China Film Orchestra. 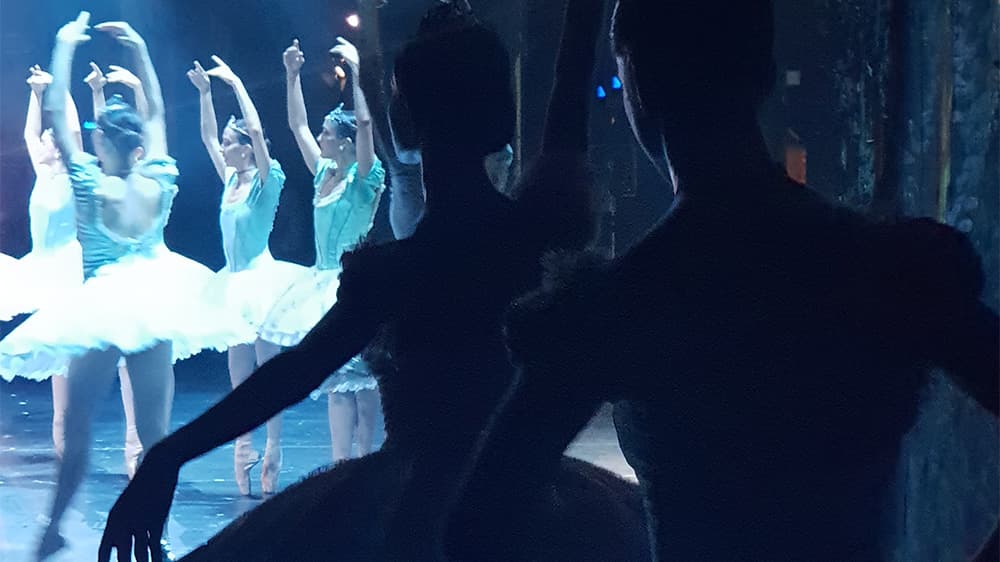 The Ballet Company's trip to China is of huge significance because it will help to spread the cultural heritage and image of Italy throughout the world, but above all it is proof of the extent to which these tours contribute to the outstanding work of La Scala also outside Italy. This is a tradition that, beginning in Paris in 1878 with the first tour in the history of La Scala to mark the Theatre's Centenary, has by now involved 154 projects with 844 curtain openings (329 operas, 329 ballets and 186 concerts) in 39 countries that will soon become 41 - highlighting how foreign tours have always been a constant activity. In its role as ambassador with an international remit, the Teatro alla Scala has always very much travelled on its two “points” - dance and opera. Now, with this mega trip, the Ballet Company of La Scala will spin from one pirouette to the next in a series of ballets which, after the Milanese performances of Don Quixote from 10 to 18 July - marking the eightieth anniversary of the birth and the twenty-fifth anniversary of the death of the great Nureyev - will arrive in Chinese theatres at the end of August. The Chinese tour has been planned in three stages: three performances of Don Quixote in Shanghai (31 August and 1 - 2 September); four performances of Giselle in Macau (the 7, 8 - two performances - and 9 September); in Xi’an Don Quixote will be performed on 13 and 14 September and Giselle on 15 and 16 September; and finally in Tian-jin there will be two performances of Don Quixote (20 and 21 September) and two of Giselle (22 and 23 September). In November 2018 the two productions will head for Oceania for the first ever appearance of the Ballet Company and La Scala in Australia, hosted by the Queensland Performing Arts Centre in Brisbane with 13 performances. Marking the centenary of the opening of diplomatic relations between Finland and Italy, the next stage will be in Finland in July 2019 where the Choir and Orchestra will make their début in the splendid setting of the Olavinlinna Fortress during the Savonlinna Opera Festival. There will be three performances of the new produc-tion of Verdi’s I masnadieri, conducted by Michele Mariotti and directed by David McVicar.

It’s a busy schedule which, starting in the Far East, has the aim of highlighting the important role of La Scala in promoting excellence both in Italy and abroad.

Pirelli spotted
in Polignano a Mare

Tape, lines and colours: tape art for telling the story of our modern age