Inter Campus is Alex, Oleg, Youssine – to name but three of the over 10.000 children between the ages of 6 and 13 that have been offered a chance to play football as part of the 1997 scheme, fostered by Inter Milan and chaired by Carlotta Moratti. Inter Campus is active in 29 countries across the world with a focus on regions where poverty, abandon and disadvantage take their toll on the youngest generations. 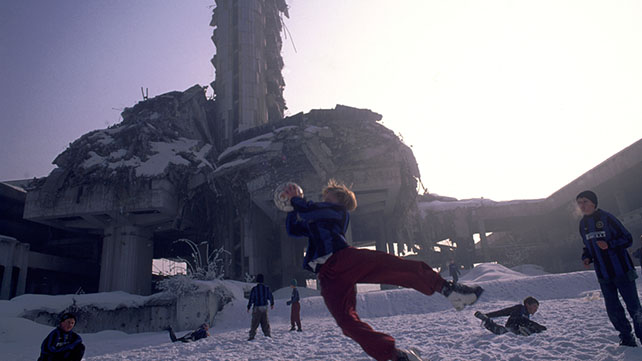 Inter Campus is about teaching children about play, promoting integration, offering support to the educational system of the local population and securing health and learning services to those who need them most. Above all, it is about becoming part of something larger, developing one’s own identity and sometimes finding a new family. ‘We want these kids to feel as important as our first team players,’ says Carlotta Moratti. ‘That’s why every year we give them Inter’s original jersey.’

Inter Campus is much more than a simple football academy. Its aim isn’t for all kids to become the new Ronaldo, but for them to feel directly involved; this is the message at the heart of Moratti’s venture. Football is seen as a tool to enter the social texture of many struggling areas, thanks to the support of partners such as Pirelli, who foster these initiatives across the world.

At least twice every year, the staff of Inter Campus holds a series of master classes for local coaches, keeping them up to date on all the latest technical and educational skills. Their know-how is key in managing the children, although training is flexibly adjusted to match the needs of kids who’ve never practised a sport before or have limited motor skills.

For those excelling at playing, Inter Campus can represent a precious opportunity: it’s the case of Inter defender Jeison Murillo, who kicked his first ball in an Inter Campus workshop near Cali, Colombia. ‘He’s always so keen on telling everyone about that first step, and how important it was for him,’ says Moratti, ‘it marked the beginning of his football career, which took him far from Inter for a number of years. Now he has re-joined our ranks, it isn’t hard to believe him when he says that Inter is the team he cares about the most. We bet that played a role in choosing to wear our jersey.’

Inter Campus is about becoming part of something larger, developing one’s own identity and sometimes finding a new family

‘Football goes beyond differences and prejudices’: what may sound like a trite statement really holds true when we’re talking about Inter Campus, a charity which has chosen to extend its work to the difficult area of Palestine. ‘I’ve been told that the day before a match the Palestinian kids knew they would be playing with Israeli children, and vice versa. They worried, “really? Won’t they kill us?” But once they entered the pitch they were able to understand each other, though they spoke different languages and had different traditions. This seems to me like final proof of how effective our tool is.’

Carlotta Moratti works closely with Palestine, as well as other locations, such as China, Cameroon, Angola, Iran, Mexico and Brazil. She holds that one of the most difficult scenarios Inter Campus is involved in is in Romania: ‘Usually, children don’t lose hope: in their hearts they always think things will get better. But in Romania we work with the children of an orphanage. They’ve lost their parents or they have been abandoned. The look in their eyes is hard, disillusioned. With football, we help them to feel less isolated and to regain self-confidence.’

The message carries through even in those countries that don’t have much of a football tradition. A few years back, Francesco Toldo, Inter’s ex-goalkeeper, travelled to Cambodia. No one knew him, but once they saw him on the pitch they instantly loved him. In Cuba, Inter Campus has promoted football popularity by working in collaboration with the local Federation. In Tunisia, where girls rarely receive a sports education, they – as well as the boys – had a chance to play in football matches before the eyes of their parents. Inter Campus is about cultural exchange above all, even above sport itself.