Industry 4.0 and NEXT MIRS: welcome to Settimo Torinese, our factory of the future

Home life Industry 4.0 and NEXT MIRS: welcome to Settimo Torinese, our factory of the future

Industry 4.0 and NEXT MIRS: welcome to Settimo Torinese, our factory of the future 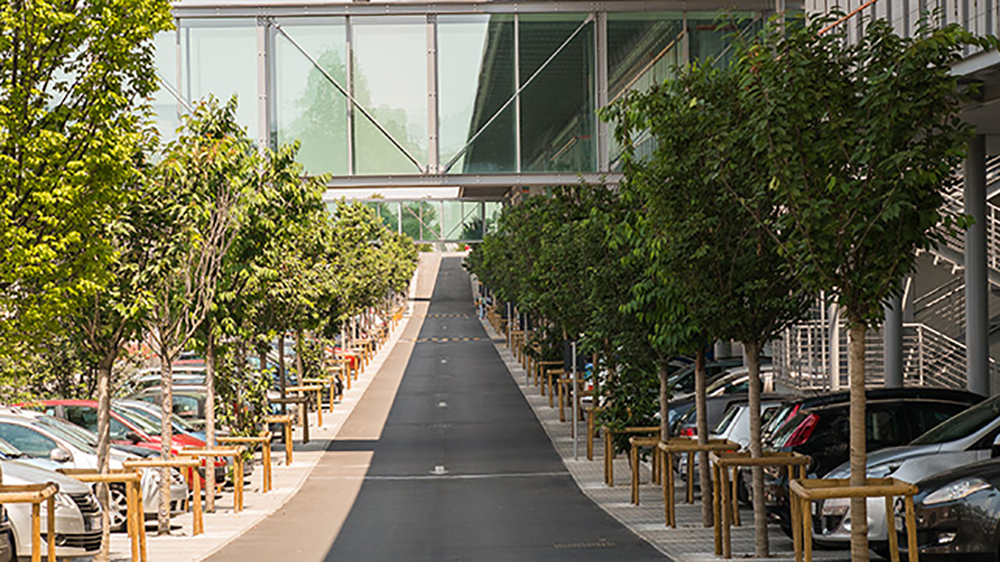 Its story began more than 60 years ago with the founding of two factories in the town of Settimo Torinese, later joined together to create a manufacturing centre based on total digitalisation.

The industrial zone at Settimo Torinese is the most advanced centre in the whole company, spread across an area of more than 250,000 square metres and with a production capacity of more than four million tyres a year. Thanks to NEXT MIRS, the plant at Settimo represents worldwide excellence in terms of Industry 4.0, the new standard in manufacturing.

What is NEXT MIRS? NEXT MIRS is an innovative and completely robotised technology, owned by Pirelli, for the production of ultra high performance tyres from 19 to 23 inches. NEXT MIRS represents the latest evolution in the industrial philosophy of Pirelli, capable of achieving a level of production flexibility applicable to even the smallest batches of tyres, and which makes use of a manufacturing model which not only guarantees high performance, but is efficient, flexible and fast, capable of adapting itself to develop and produce a large variety of products. The most highly performing tyres of the entire range of Pirelli come from the factory at Settimo.

The Settimo Torinese project
The factory, located a few kilometres from Turin, is the most technologically advanced of all Pirelli's locations in terms of products and productive processes. Innovation is also found in the architecture of the zone, designed by Renzo Piano, beginning with the central unit, known as La Spina.

The idea of revitalising the industrial area at Settimo dates back ten years, to 2007, while it was in 2008 that the development process could begin with the plans signed off by the Piemonte Region, the Province of Turin, the Municipality of Settimo Torinese, the University of Turin and Pirelli for the creation of a technological and industrial zone for the production of car tyres.

It is here at Settimo Torinese that manufacturing meets technical innovation engineered by the R&D department, transforming a simple factory into a centre of excellence.

The tyres
The tyres developed at Settimo, all of which are technologically advanced, are divided into two separate groups: Summer/Winter and All Season. These span from the Ultra High Performance range, including P Zero and P Zero Corsa, for sports cars, to High Performance tyres such as P Blue, made with the most up-to-date technology available to secure the AA-grade Euro Label for energy saving.All of them, as always, providing maximum security, the eternal calling card of Pirelli.

The raw materials warehouse receives the materials at its entrance; inside the mixing room, all the compounds destined for production are made, with online-based checks carried out by the internal laboratory. From here some of the materials are taken to the semi-finished south department and the rest arrive at cell production. In these areas the seven different types of semi-finished goods are produced which are needed for the end production of the tyres themselves.

The semi-finished department feeds the building process, the most important stage of production, where all the semi-finished goods are assembled to create the "green tyre". The next stage is vulcanisation.

The vulcanised tyres are automatically moved to the finishing department and checked with specially-designed equipment. From this point they then pass to the finished product warehouse, where they can then be sent to the clients.

Innovation isn't just technology: it's sustainability, respect for the environment and attention to people. And the industrial zone of Settimo Torinese represents the synthesis of all these qualities.

When car shall
speak unto car

How data can improve
our driving

Winter tyres: travel safely even in the worst season