The 2016 event calendar is packed with events; it casts an eye on the international art with lots of free exhibitions and activities for families

Home life Pirelli HangarBicocca: the 2016 is full of art events in Milan

2016 is a year full of events for Pirelli HangarBicocca which, thanks to the work of its artistic director Vicente Todolì, has already been able to announce its programming until 2018, before 2015 is even over. The schedule for the three-year period consists of 9 exhibitions, alternating established international artists with younger artists in two different exhibition spaces: the "Aisles" (9,500 m2) and the "Shed" (1,400 m2). With its classic industrial architectural structure, inherited from the Breda factory where train parts were constructed in the early 20th century, and a total area of 15,000 square meters, Pirelli HangarBicocca is today one of Europe's largest exhibition spaces, a flexible venue for understanding and studying the themes of contemporary art and culture, which is also well suited to hosting large-scale installations. 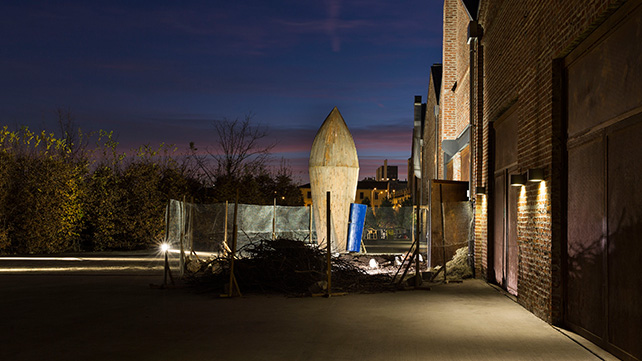 Specifically, the year 2016 will start with exhibitions devoted to the French artist Philippe Parreno - with his first solo exhibition in Italy, ending on February 14, curated by Andrea Lissoni and hosted in the 'Aisles' - and the Kosovan artist Petrit Halilaj (1986 Kostërrc, Skenderaj-Kosovo), with the first show produced by the new curator of Pirelli HangarBicocca, Roberta Tendon, which can be seen in the 'Shed' until 13 March.

"Working with the industrial spaces of HangarBicocca is a challenge. We have not tried to change them, for instance creating a white cube, but rather to emphasize the unique characteristics of this place. We’ve designed a program that includes artists who have not yet been given a retrospective in Italy.

We do not follow existing models. Instead we try to propose new ones, creating entire site-specific exhibitions and not just site-specific works as happens in the Turbine Hall, Monumenta, and the Grand Palais,

In spring 2016, from April 7 to July 31, the exhibition space in Milan will host the Belgian artist Carsten Höller (1961, Brussels), with “Doubt”, which will show the public many of the artist's most important installations and sculptures, including works from the main international collections and institutions. From April 2 to September 12, to mark the XXI International Exhibition of the Triennale di Milano, Pirelli HangarBicocca will host "Architecture as Art", an exhibition of the Triennale curated by architect Pierluigi Nicolin, which reflects on the relationship between architecture and art. From September 28 (until 29 January 2017), it will be the turn of Kishio Suga (1944, Morioka, Japan), with the first solo exhibition in a Western institution of an artist who represents one of the leading figures in the Japanese Mono-ha group of the late sixties. Finally, from October 25 - and up to 26 February 2017 - Laure Prouvost (1978 Croix-Lille, France), winner of the 2013 Turner Prize, will present some of his major works in the space.

Pirelli HangarBicocca, an institution founded in 2004, was re-launched in 2012 by Pirelli, which has been a founding partner since its inception and now wholly supports it. This support is in line with Pirelli's tradition of constant attention towards culture, research and innovation, a focus that has been there since the company's founding.

"Contemporary art is an important tool for understanding reality, embracing new trends, and discerning new languages. And these are essential elements in the culture of a company like Pirelli, which has always survived and built its future on research and innovation.

Pirelli HangarBicocca is a tangible demonstration of our company's ongoing interaction with all that is contemporary, as well as an important social responsibility initiative, through which the company maintains a dialogue with society and the country.

At the center of the HangarBicocca project is the public, our first interlocutor and leading participant in the space. Underling this open approach are the fact that entry to the exhibitions is free, the activities for families and visitors, a special Public Program designed to complement each exhibition, the production of information and study materials, and the scheduling of meetings and moments of reflection developed around the issues raised in the exhibitions.

The future language:
a trip into Adam Thirlwell's literature